“Good showmanship is the answer. The colour of your front door announces your personality to the world.” “Too much of anything is the beginning of a mess.”

The lobby of the Carlyle, circa 1930.
(Photo: Courtesy of the Collection of Dorothy Draper & Co. and the Carleton Varney Design Group)
In Top Designs’ Episode 6 “Life of the Party”, Goil suggests they fashion a chandelier in a Dorothy Draper style – over scale and bold. Unfortunately, they were not able to pull it off, but it got me to thinking about Dorothy Drapers style. Words like bold, overscale and fabulous don’t even begin to describe the style of Dorothy Draper. 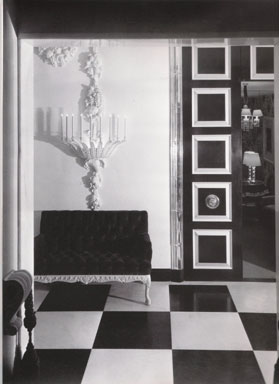 Draper oversaw every aspect of the Hampshire House in New York, including this corridor.
(Photo: CBS) 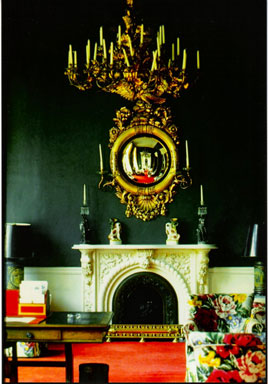 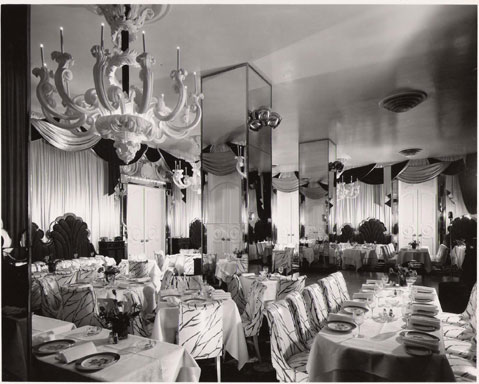 The Camellia House in the Drake Hotel in Chicago.
The photo was also taken in the mid-1940s. (Photo: CBS) 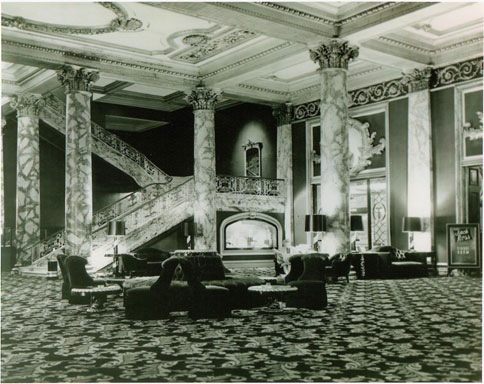 This photograph, taken at the Fairmont Hotel in San Francisco in the mid-1940s, shows off Draper’s ornate style.
(Photo: Dorothy Draper & Co. Inc.)

The Mark Hopkins Hotel in San Francisco shows how far Draper’s influence stretched across the country.
This photo was taken in the 1940s. (Photo: CBS)