Last weeks’ presentation of “Persuasion” on WGBH/PBS’ Masterpiece ended with our heroine Anne Elliot taking off on an improbable run through the streets of Bath, England, in search of the man she loves. Improbable because a lady of that time would never have acted so inappropriately – running in public after a man, without her hat and showing off her legs as she raised her skirts to be able to traverse the wet cobblestones in relative safety. On the other hand, this was the man… 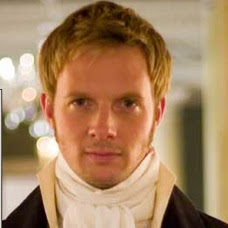 … and from my twenty-first century perspective, I can’t say I blame her. However, those who are much more expert than I on all things Jane, such as my friend Vic (aka Ms. Place) of Jane Austen’s World and Jane Austen Today and her circle of “Janites” have roundly criticized this ending. And my more intellectual side agrees with them. This was a time for women when manners and social standing was all that stood between respect and pity, and at worst, destitution. So, attention to these details becomes part of telling the story, much as the set decor.

Anne’s run for love was set in Bath, England in front of the Royal Crescent, designed and built by architect John Wood the Younger in 1761-65. Here’s a very funny video of this scene set to music: 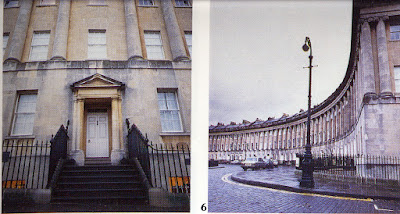 Interior images of the Royal Crescent 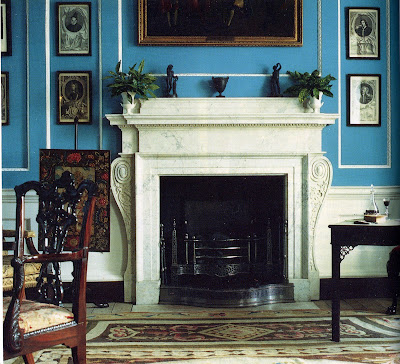 “These interiors (in Royal Crescent, Bath, England designed by the Wood family) show a delicacy and liveliness indebted to the designs of Robert Adam, whose work became influential from the middle of the 18thC. Adam treated classical motifs with an unprecedented lightness and simplicity, and subordinated every detail to overall conception” – from Period Details by Judith Miller. 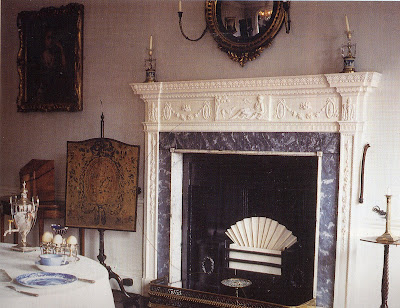 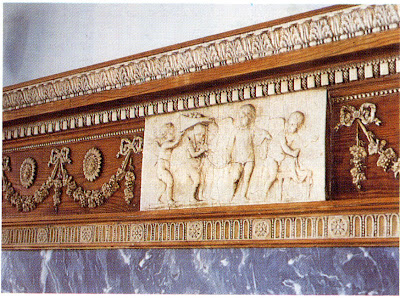 “These two fireplaces from a Georgian house in Bristol show the late 18thC fondness for exquisite decorative details. Such fireplaces were always intended to be painted white to add to the overall effect of airy grace” – from Period Details by Judith Miller.

Image of bedroom in Royal Crescent, courtesy of Period Details by Judith Miller.
The set decor for these movies is a feast for the eyes and a lesson in period detail. And yet, nearly everything we see in these images can be used in 21st century homes. Style lives on!

Tonight on PBS, we have Northanger Abbey. I wonder what beautiful English architecture and interiors await!

2 thoughts on “Get that Look: Jane Austen’s Bath (hold the bubbles)”