On Saturday night, I attended a lovely event at the Arclinea and Rimadesio showroom in Boston. They are currently hosting an art exhibit of oil on canvas works by Christos Hamawi, whose Blue Brick Studios space is located in the SoWa section of Boston’s South End. 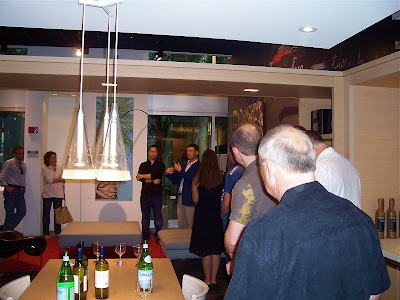 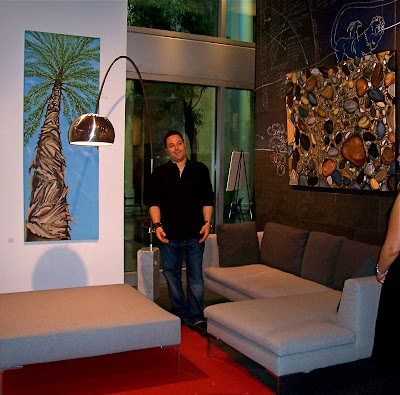 Christos was showing several of his still life nature paintings. My favorite was the painting on the far right of the image above, and below. I forget the name (will find out), but it depicts the floor of the ocean in Provincetown. The detail was spectacular, down to the tiny little pebbles. It took Christos two years to complete this oil on canvas work. Christos is clearly passionate about his work and speaking with him, one can’t help catch onto his enthusiasm. So, if your in the South End, check out his studio, or stop on into Arclinea so see this exhibit, which should be up through July. 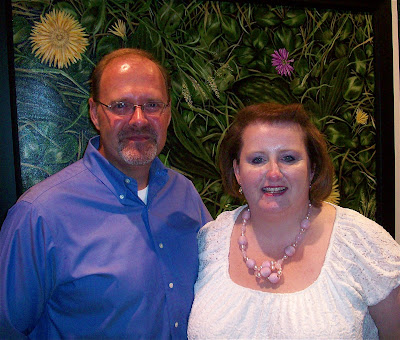 This is me and my friend Rob O’Connell in front of Christos Hamawi’s “Urban Wilds”.