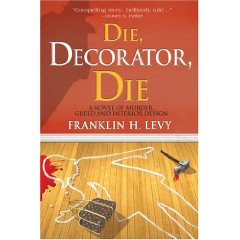 I was sent two novels this summer that are “industry based” and the results were mixed. 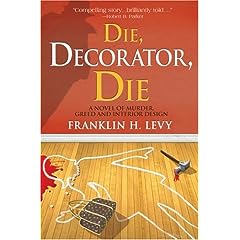 I was so looking forward to “Die, Decorator, Die” by Franklin H. Levy with Pheonix Books. It’s about the cutthroat (literally) world of decorators, and it’s set in Boston! Well, what could be better than to be a Boston-based decorator reading such a book? The answer – pretty much anything. It was awful. Billed as a “sexy comic crime mystery – it’s a fast, funny and fabulous read” – quoting none other than Gary Marshall. Robert Parker, whose Spenser books were based in Boston said “Compelling story… brilliantly told…”. Did they read the same book I did?

The author, a lawyer, was raised in the Boston area and his wife was apparently a successful decorator. The technical and geographic mistakes are shocking given their pedigrees. While I realize that most readers are likely not people who have lived in Boston and can’t visualize where the charchters are walking – there is no excuse for relocating such landmarks as the Cheers bar (which is not on the corner of Charles and Beacon, between the Common and the Public Gardens). And there is no excuse for compressing the timeline which saw an initial designer walkthrough of an empty decorator showhouse one week, and in a week or two the decorators are putting up their window treatments. Huh? Even in the compressed world of decorator showhouses, it takes a bit longer than a couple of weeks to go from application process to installation. But, those are quibbles about technical things – and since I was reading an advance copy, those techinicalities may have been corrected in the final version. Ultimately, they would have been fine had the book actually been funny, or sexy, or thrilling. Instead, the protagonist (a lawyer with a designer wife…) comes off as a self-important homophobe. The never ending commentary about the dress and activities of male decorators was obnoxious. Yes, many male decorators in Boston are gay (quel surpise) – but so far, I have yet to see any dressing as flamboyantly as is described in the book. Those of my acquaintance are beautifully turned out, professionally attired gentleman – not the foppish clowns as depicted in the book. Of course, the stereotypes don’t end there. The cops are blustery Irish, the judges are egregiously homophobic and stupid, and the lady decorators are all catty bitches.

Anyway, needless to say, F for this book. It’s a big, don’t read.

On the other hand…. 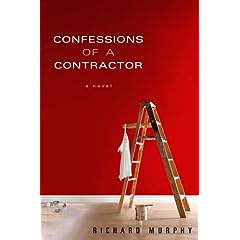 I also read Confessions of a Contractor by Richard Murphy and published by Putnam. Following shortly on the heels of the other book (which shall not be named), this was quite refreshing. Based in LA, the book tells the story of Henry Sullivan, an in-demand contractor to the Housewives of Orange County. We have leering housewives, jealous husbands and a couple illegal immigrant workers thrown into the mix. The author, Richard Murphy, has worked on house and apartment reno’s so his use of the technical vernacular is pretty good. And better, while the story had its share of oddball and annoying charachters, the story moved along nicely and the reader actually cared about what happens to the protagonist. Well, up till the point where he went to couples therapy with his ex-girlfriend with no plan on getting back together… that seemed very LA to this New England girl.

So, I would give this book a solid B. Not exceptional, but a pretty entertaining read.

I’ll be happy to send these books to someone who might like them. The first person to send me an email at linda.m.merrill (at) gmail.com gets ’em!

And, if you wish to buy fresh new copies: