So, one of the big topics of conversation today is the reveal of the newly decorated Obama Oval office, done by Michael Smith, who also did the Obama’s private living space. If we take a stroll through the history of the Oval, the Obama office is pretty much more of the same. I have to say that I think it’s pretty dull, in general. I like the idea of the quotes around the edge of the rug, but the center is blah. This shows the Clinton rug replica being made for his library. It really shows the size of the carpet.

#40 President Ronald Regan (#43 borrowed the carpet until his was made). Clearly #43’s carpet was inspired by this one.

this is the replica office in the Johnson Library

Sadly, this decor was installed while President and Mrs. Kennedy were in Dallas in November 1963. It was dismantled before Mrs. Kennedy returned to the White House. 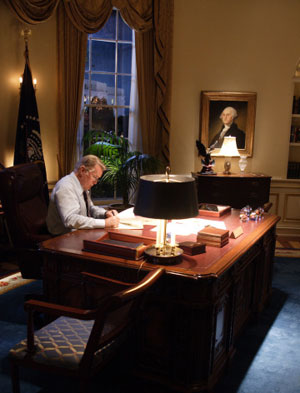 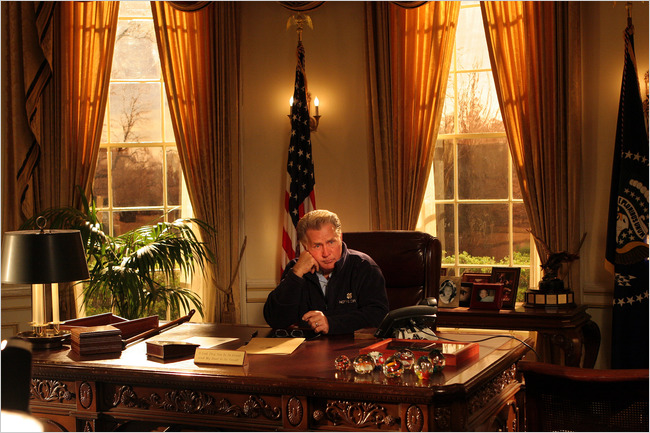 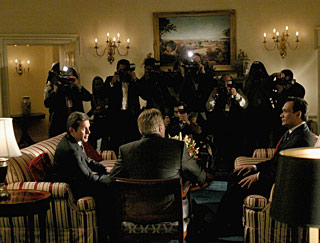 So, who do you think did it best?

So, we basically have 60 years of the same old, same old. So, the question is, if you were decorating the Oval, would you do something different? And what about when we finally have a woman President, would we see a little something floral and not just the same old “man cave” as Maureen Dowd calls it?

I thought I’d run a little contest. Create a single panel design board (via Olioboard or Polyvore, or with any other format) of how you’d love to see this, the world’s most influential room, look. Email me your entry by September 30th. I’ll post them all and we’ll run a little poll about who got it right. Don’t forget to tell us if you’re decorating for a male or female president, or, why you don’t think it would matter. I’m not yet sure of the prize, but I have a ton a fabulous new design books, so am thinking a book of your choice would make a nice prize. So, you have 30 days to create your own oval office.

images courtesy of The White House Museum and other sources