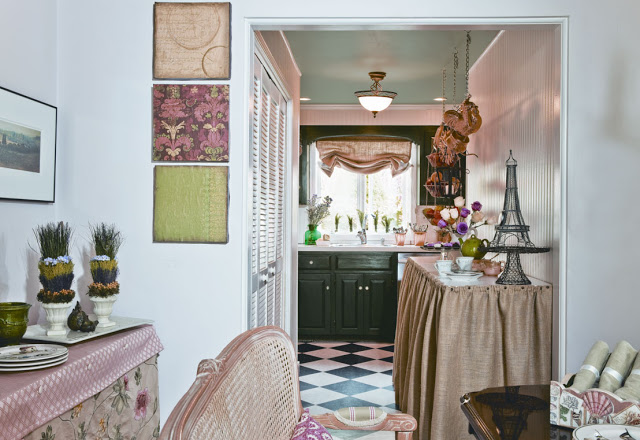 My kitchen makeover was completed just about a year ago and I’ve been loving it ever since. It is my favorite room in my house. I’ve been very lucky that it also appealed to several media outlets including The Boston Globe, Shelterpop, Apartment Therapy and now Country Woman magazine.  I received a call in October from Country Woman asking if they could feature my kitchen and the $500 makeover process. And what was really fun was that they wanted to re-shoot the kitchen! The original photography, shot by Michael Lee, was beautiful, but it featured a cocktail bar set up that wasn’t quite the homey feel Country Woman prefers. So, Michael was hired to re-shoot the kitchen which we styled with a Springtime/Valentine’s tea time feel as the issue the kitchen is being featured in is their February/March issue.

What a treat to have two different photo shoots! It’s amazing the different feel Michael achieved. The original set of images are sharper and more saturated and this new set has a very soft and romantic feel. 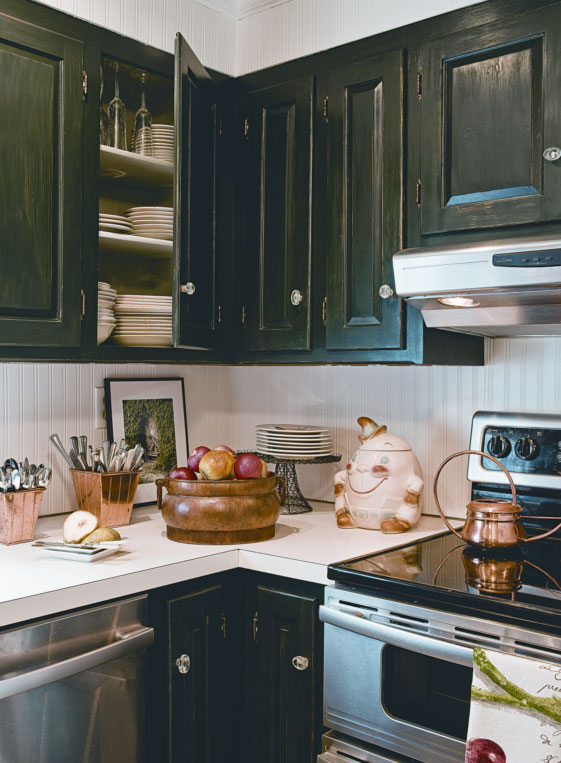 I love this shot because it incorporates so many elements of my new kitchen. And of course, Humpty makes another appearance! 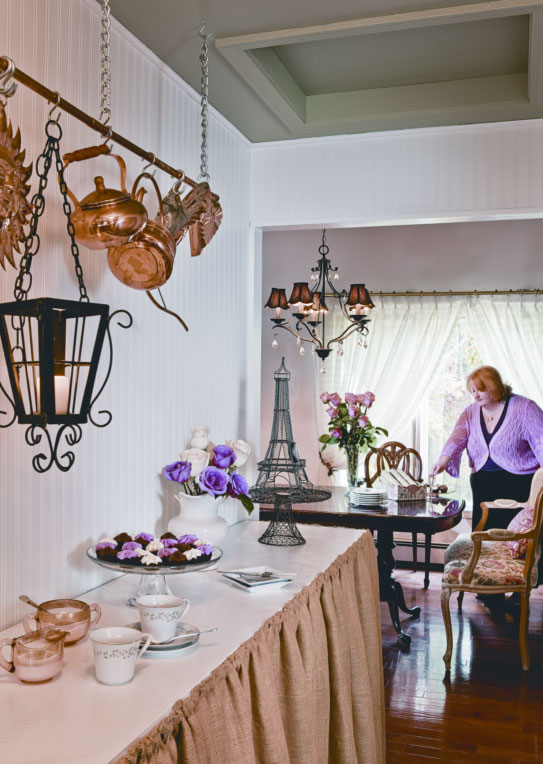 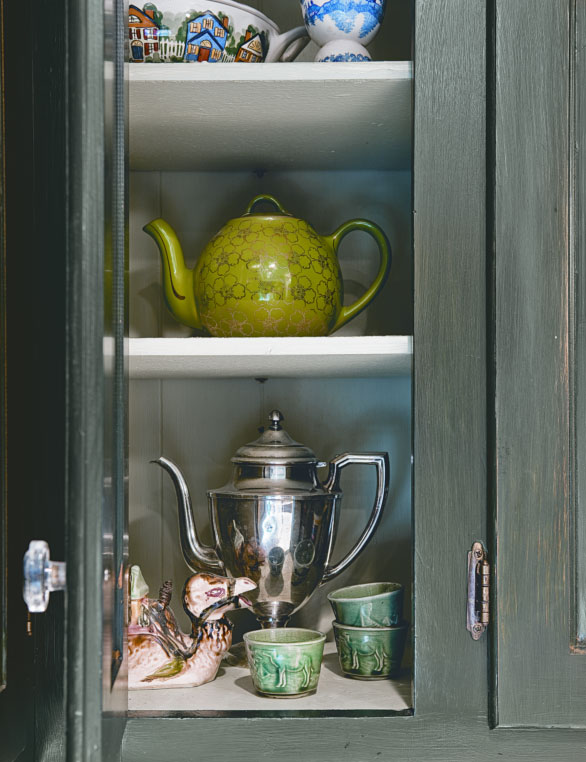 And this shot showcases the finished insides of the cabinets and some of my collection of this and that. The camel tea pot and cups were a gift from my Aunt when I was young. The silver tea pot was a $10 fine at the Hell’s Kitchen Flea Market in NYC. The green teapot came to me via my great Aunt and is vintage McCoy and the top row features my Grandmother’s egg cup that’s a bit chipped, but reminds me of visiting her in the summer and having soft boiled eggs with soldier boys on the side. 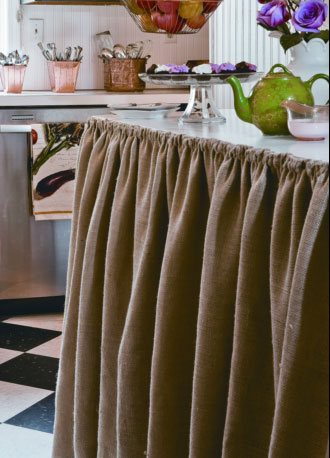 And a final detail shot of my gathered burlap counter skirt. Counter skirts certainly elicit a lot of positive and negative comments. Many commenters on Shelterpop, AT and the Boston Globe hated it. Many liked it. I did received one suggestion that it should have been more tailored with box pleats and a black border along the bottom. And they were absolutely right! I did consider that exact design, but went with gathers because they are more forgiving. I was concerned that I wouldn’t get the pleats right and the skirt wouldn’t hang properly and perhaps impede me getting behind them to the storage shelves. As it is, the gathered skirt is pretty (imo) and easy to lift up, but it’s also very heavy and keeping it attached to the side of the counter is a never ending battle with gravity! A more tailored skirt would have likely been taken half the fabric and been considerably lighter. Oh well.

All photos by Michael J. Lee

21 thoughts on “My Kitchen in Country Woman magazine”