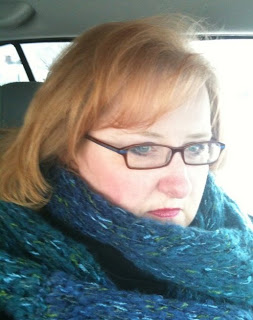 I’m feeling a wee bit old and pensive…  Anniversaries have a habit of doing that. [Sit back, this ended up longer than expected.]

And missing anniversaries can make one feel a tad feeble minded. You see, my six year blogging anniversary was last month, and I forgot all about it. In design blog terms, six years is quite a long time. I started my blog as an offshoot of my company newsletter that I’d been sending out for a couple of years. I had been hearing from marketing types that the old fashioned newsletter was going out of style (it didn’t, if done right) and was wondering what was the next thing I could do to market myself. I’m a semi-early adopter, I guess. I started running into blogs online and became fascinated by the instant update quality and the marketing potential. I was also intrigued that major media publications were taking notice of design bloggers. I’d been reading Grace Bonney’s Design*Sponge off and on when I saw that she was featured (along with Apartment Therapy, MocoLoco, and TreeHugger.) in an interesting New York Times piece, dated January 27, 2005.

Coincidentally (but not) my very first blog post was that very same day. (It wasn’t much, just a repost of a piece I’d written for my newsletter that also appeared on the now defunct Respond.com site.)  As I recall, I’d been thinking about blogging, but that NYT piece must have pushed me over the edge. After all – Grace was a 23 year old baby and there she was in the Times!!  I find it incredibly interesting, and telling, that all but one (Land and Living) of the blogs mentioned in the article are far and away today’s leaders and “old guard” of blogging. They are all so big, it’s hard to still call them blogs (similar to HuffPo or Drudge). They are more like media giants and no one would even think of questioning if they are here to stay.

And so, six years and three weeks later, the New York Times has another article on blogging entitled Blogs Wane as the Young Drift to Sites Like Twitter. It would have been cool had they both been written by the same reporter, but they are not. A couple quotes are frightening – how blogging is too much writing and it’s easier to just post pics on Tumblr or reduce one’s thoughts to 140 characters on Twitter.

Of course, from January 2005 to now, the design blogs have exploded. I have no idea how many there are, but there seem like thousands and thousands. Can we read them all? No. Will all get media coverage? No. I think it’s clearly obvious that the “Old Guard” benefited from being first. Their stories are rife with readership jumps from hundreds to multi-thousands of readers a day, within months of launch. I doubt very much that could happen today. The Times’ story of 2005 reported that AT reported daily readership of 10,000. AT reports today a readership of over 66,000 daily readers (per their media kit). Design*Sponge reports over 75,000 site visits daily and over 100K subscribers via RSS feed.

The “Second Guard” which I guess I am part of, probably dates from 2005-2008. Many of us have also benefited from being around for a while and are on media lists and get attention from major media outlets.  The “blog smog” is now quite thick (in a good way!) and I think it’s very hard for newer bloggers to gain notice. Of course, some do absolutely. But it’s hard and requires dedication and the ability to stand out via excellent writing, design talent, connections, personality or some combination of the above.

I’m frequently asked by newer bloggers, or those considering blogging, how to get going and how to gain readership. Of course, as new media continues to grow and evolve (FB, Twitter, etc) the question is – will blogs continue to be as relevant and, as some marketing voices say “Should everyone have a blog”?  My feeling is no, everyone should not have a blog, or to be clearer, everyone should not feel like they should have a blog. If you want one, welcome!

But, if you’re going to have a blog – write it yourself. I’m a purist and feel that a blog should be about the blogger (their views, ideas and talent). I’m not a fan of the turnkey blogging services that are available. I don’t think a blog will gain any kind of traction if the voice is not genuine. If you are worried about writing skills, spelling, grammar or punctuation, then hire an editor – someone who will format your writing, correct the grammar, etc and even do the tech part. But the essence needs to be you.

In 2009, I launched The Skirted Roundtable with Megan Arquette and Joni Webb, as a way to move the conversation off the screen and make it more immediate. I think I can speak for all of us that this initiative has really established our individual voices. Personally, it’s cut considerably into my actual blogging time because the editing process is so time intensive, but every minute is worth it.

When we started The Skirted Roundtable, we recorded several podcasts about blogging with topics including content, finding one’s voice, gaining readership, etc. You can hear those podcasts here, here, here and here. I highly recommend that anyone interested in growing their blogs, or are just starting out, might want to listen in and read the comments as our listeners are very smart and insightful.

The most important thing to decide on, however, is why do you want to blog and who do you want to be speaking to. I started off by deciding that I wanted my readership to be other designers, high-end design buyers and the media. My readership is minscule compared the “Old Guard” and probably in the mid-average range among the “Second Guard”. I don’t receive tons of comments and while I treasure the comments I do receive, I’ve learned to let go of “comment counting”. Because, my target readership isn’t likely to be high rate commenters. But I know from my visit stats, from private emails and from opportunities received that I’m hitting my mark. And that’s good enough for me.

I’d love to hear your thoughts on the state of design blogging. I think this will be a topic for SRT soon as well, so stay tuned for that.

And a big hug and kiss to all the friends I’ve made through blogging (the most important benefit, bar none!). As a closet shy girl (I do love that expression) it’s given me the chance to push out of my Yankee reticence and enter a world I could not have imagined. XXOO to all of you!

21 thoughts on “On blogging and anniversaries, or, Where did the last six years go?”