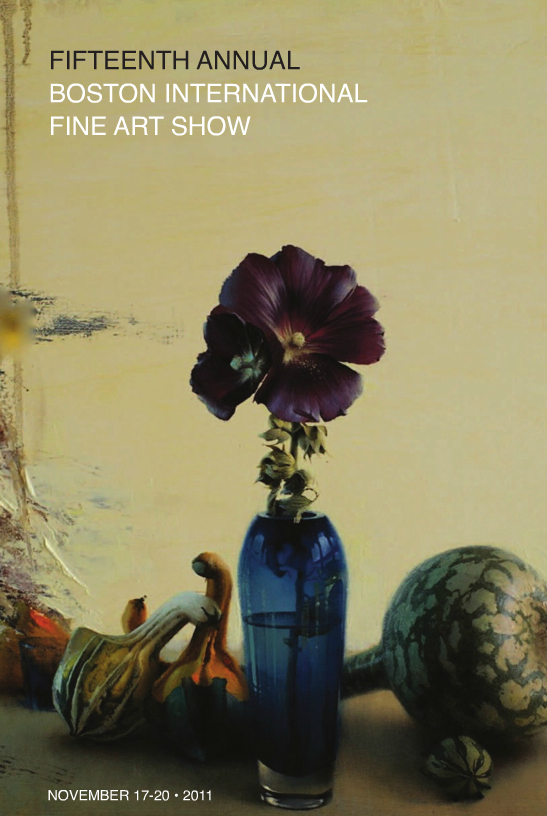 Last evening was the opening night of the 2011 Boston International Fine Art Show at the Cyclorama in the So. End. The Gala Preview was held in conjunction with the Design New England magazine 5th Anniversary party where they announced their first year’s “Mentors in Design” honorees. It was great to see such a large and supportive turnout for both events under one roof and I think a brilliant idea on the parts of the magazine and art show organizers to combine these two events into one – thus supporting the work of fine artists and the galleries that represent them, the interior design and architecture industry, as well as the magazine. While the concept of the “1% v. 99%” is such a common battle cry these days, it’s important to remember who is buying original art,  who is hiring design professionals, and who reads the shelter magazines. All of which supports working artists, gallery owners, tradespeople, writers, photographers and countless other very working class occupations. (off soap box now!)

By far, the artist who’s work really jumped off the canvas and pulled me in was Geoffrey Johnson, represented by the Principal Gallery in Virginia. Born in 1965, Mr. Johnson is a native of Greensboro, NC. His artist statement reads:

A native of North Carolina, Geoffrey Johnson received his
classical training at the Pennsylvania Academy of Fine Arts in
Philadelphia.  Since his time there, he has established himself as a true
innovator, successfully capturing the alluring space between abstraction and
realism.   A fascination with both the human figure and the powerful
architecture of a modern city play a large role in his oils.  Through a
feeling of anonymity, figures become suggestive shapes and the skyline of New
York materializes mysteriously in the background.  The paintings embody
the mood of each urban experience.

The following two pieces are from Mr. Johnson’s “City Line” collection on display at the show. (Apologies for the bad iPhone shots!) The Boston International Fine Arts Show runs today through Sunday (11/18-11/21) at the Boston Cyclorama. Visit www.FineArtsBoston.com for all the details!