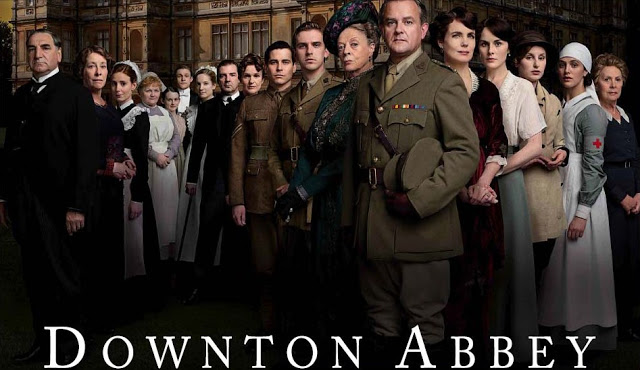 One of the loveliest parts of all the period British dramas is the depiction of the outdoor life of the British noble and gentry classes.  Certainly, the Brits are known for their love and expertise at gardening, riding and hunting and the exquisite lawn parties filled with ladies and gentlemen dressed in white enjoying simpler pursuits. I thought in this weeks post on Downton Abbey, I’d focus on the outdoor pursuits of the Crawley’s and their friends.

The Cora, Countess of Grantham (played by Elizabeth McGovern) takes tea on the lawn of the estate with her mother-in-law mother-in-law, the Dowager Countess (Dame Maggie Smith)

From this view, we can see just how far away from the big house their little tea time is. Which was likely a fair burden on the serving staff who had to shlep all the furniture out side (no Sunbrella then!) as well as the full tea service, including still hot tea. One has to assume, however, that these were some of the few times the ladies could chat in complete privacy. 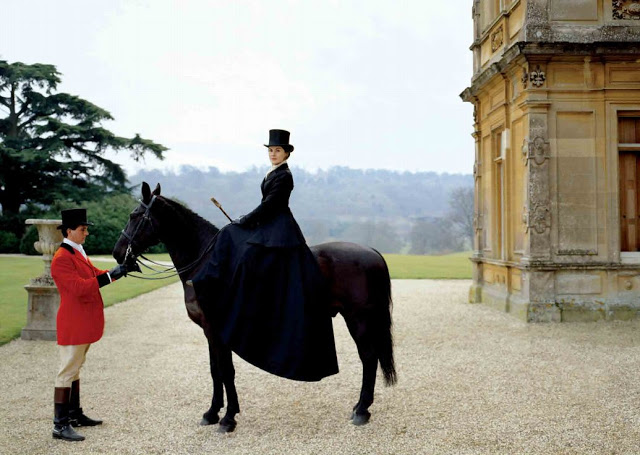 Outdoor sports such as riding and hunting have historically been very important aspects of British country life. This is one of the iconic images from the series featuring Lady Mary Crawley (played by Michele Dockery) getting ready to ride out. Although riding in full dress, with corset, and side-saddle to boot must have been incredibly uncomfortable, it sure looked pretty! 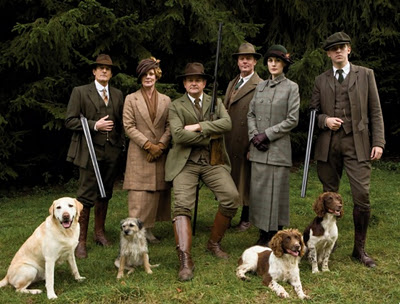 The Crawley family, and friends, go shooting on a chilly autumn day. The dress is decidedly less formal than Mary’s riding habit above, but dashing in its own way.

Of course, thrashing about in the bramble after the dogs must give one a hearty appetite. And once again, the servants are tasked with serving a meal in an out of the way location such as the barn. Romantic looking, though, isn’t it? 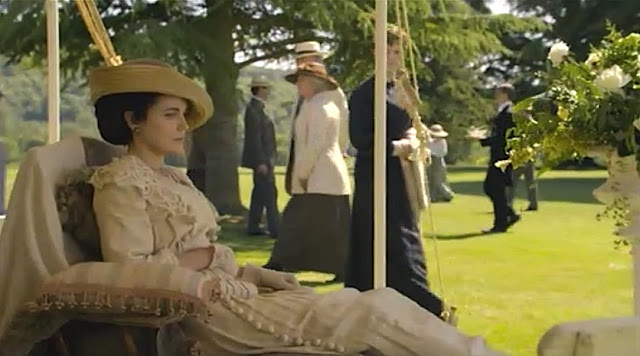 Countess Cora, recovering after losing her baby in the last episode of Season 1, stays warm and out of the way at their annual garden party. 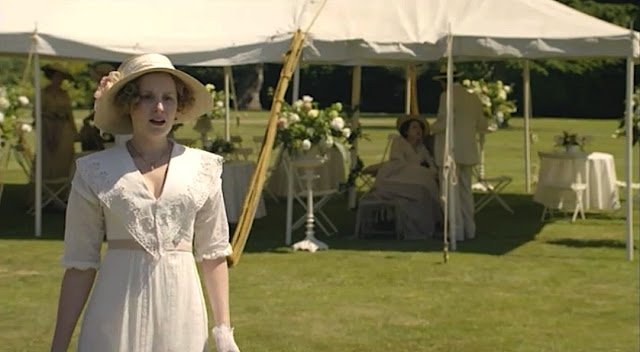 Middle daughter Lady Edith Crawley (played by Laura Carmichael) watches her suitor as he leaves without proposing (oh that scheming Lady Mary!) in front of the picnic tent that is filled with skirted tables, folding chairs and flowers. An interesting note is that the dress Lady Edith is wearing is purportedly a rented costume that was previously worn in Merchant & Ivory’s Room With A View starring Helena Bonham-Carter. I actually scrolled through Room to see if I could spot it, but could not. The time periods and thus the dress styles were so different between the turn of the century Room and late-Edwardian era Downton (in this scene). Possibly it was used as an under dress or its scene was edited out. Or I could have missed it.

Here we have a sky shot of the grounds at Highclere Castle, setting for Downton Abbey. Interestingly, the current Lady Carnavon of Highclere has been re-building these gardens from scratch and the cast and crew have not been allowed to go in them. One wonders if this is a bonus of the funds earned from the rental on the property to the production. If so, it’s a great use of the money! 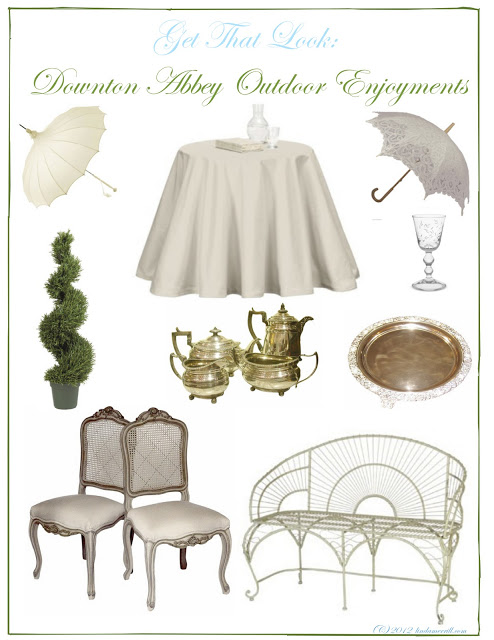 If you’ve seen a great post on Downton Abbey, or are covering the show yourself, please be sure to leave a link in the comments, or email me, so I can add it to next week’s post.