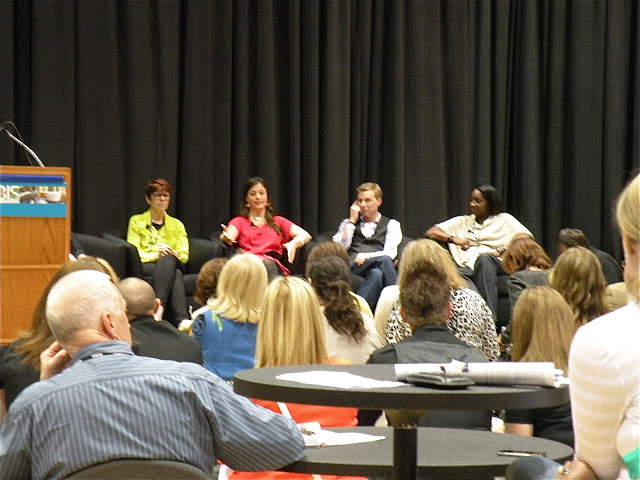 A couple of weeks ago I was in Chicago to present two seminars at the IWCE Visions Expo. Concurrent with Visions was KBIS, the Kitchen and Bath Industry Show. While I heard from many people that it’s not what it used to be in terms of size and flash, it’s still a big show with lots to see. One of the best parts about blogging, aside from all the amazing opportunities it offers, is the chance to meet fellow bloggers online, and then IRL (in real life).

My first stop the day I went to the KBIS show was the multi-media lounge to listen in on a bloggers panel about blogging in the kitchen design world. Speakers included (l-r) one of my longest time bloggy friends Susan Serra, CKD, The Kitchen Designer & Scandinavian Made (in yellow above). Also on the dias was a woman (whose name I forget) who is the editor for Kitchens magazine, Brandon Smith, and one of my new favorite people Marilyn Russell of Design Magnifique. There was another woman seated behind the podium and I could never see her and missed her intro, so I’m afraid I have no idea who it was! Anyway, the space was packed and all the speakers extolled the virtues of Twitter and Pinterest in getting the word out about their own work but also in the relationships built and connections made. It was a fantastic talk. 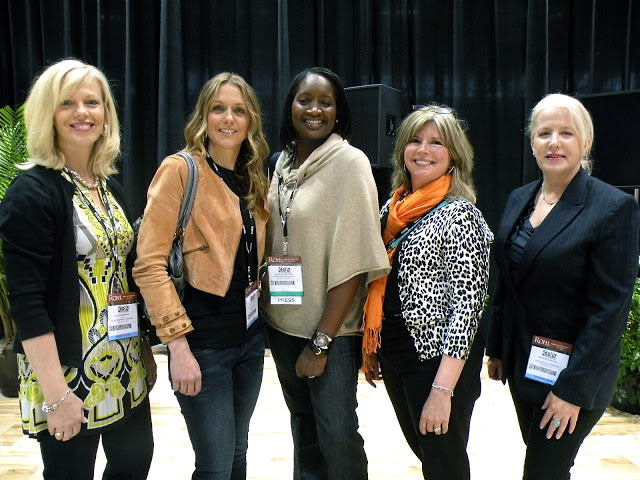 Here are some lovely ladies I spent time with at the show: Patti, Erin, Marilyn, Kathy & Barbara – all interior designers and bloggers. Barbara hosts the twitter chat #interiordesignerchat and Patti and Erin are the ambassadors.

This fun pic was taken at the Toto booth. 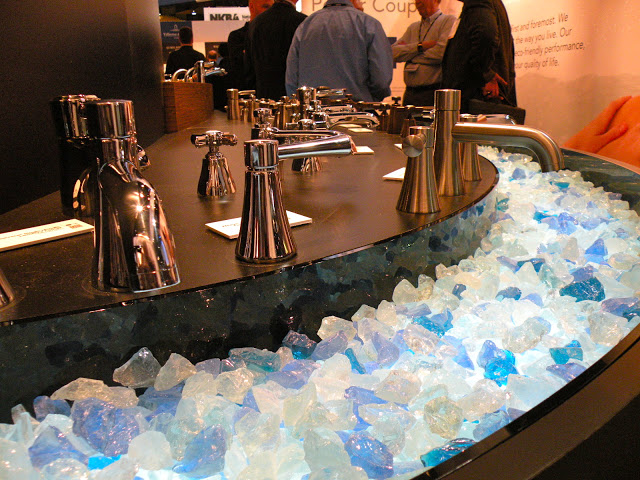 Speaking of Toto, loved this display of their faucets! I’m a bit like a magpie, if its shiny, I gravitate right to it!

And, speaking of shiny, there was a fun party at the Dream2O showroom at the Merchandise Mart. The MM is purported to be the country’s second largest building after the Pentagon. They certainly must rival the Pentagon in security! Anyway, faucet company Brizo had a big bash in their gorgeous showroom – it was packed, the music was loud and the drinks were top shelf.

Plus, those of us Brizo Blogger 19 alumni who were present got to have our photo taken with fashion designer Jason Wu, who works with Brizo and has a new line of faucets with them. More on all that in a separate post.

Also, I’d be remiss in not sending out a HUGE thank you to Brizo. I participated in a focus group giving my opinions on some faucets they are working on (all very hush, hush!) and I won an iPad in their drawing!!! I’ve barely let it out of my hands since I got it.