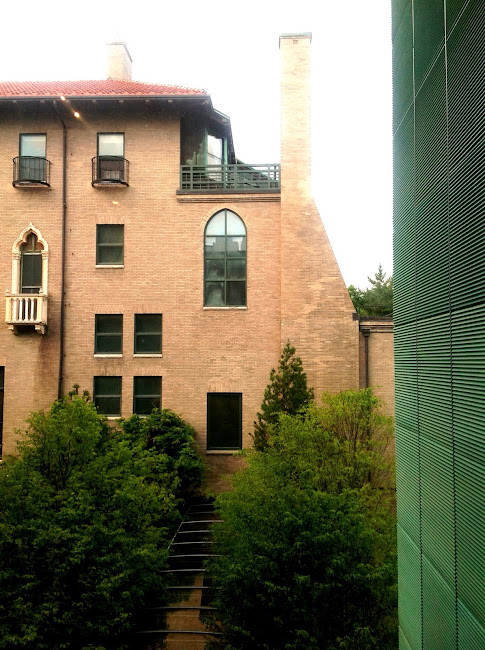 As I’ve previously shared, I spent a lovely evening a few weeks ago getting the cook’s tour of the Isabella Stewart Gardner museum in Boston. We started in the private quarters on the top floor of the original museum and worked our way down to the garden level and then over to the Renzo Piano Wing, the glorious new all glass structure designed by architect Renzo Piano. The original building was left by Mrs. Gardner with strict instructions that it be kept intact as a museum. However, museums offer so many more services today than Mrs. G could have envisioned and they were cramped, to say the least. The new structure is actually two glass boxes which service the workings of the museum from office space to classrooms, a 3 story concert hall, a living room for relaxing and reading, a cafe, the award winning museum store called Gift at the Gardner, an amazing greenhouse and so much more.

The image above is the view from the Grand Staircase that connects the two glass boxes of the new wing looking back to the “mothership”. The image below is from the Gardner’s website looking towards the new buildings with a large gallery on the left, the Concert Hall on the right with the Grand Stair connecting the two.

Back on the staircase you will see that the side panels on the outer wall on the right “speak” to the verdigris green of the copper windows on the top floor of Isabella’s house. 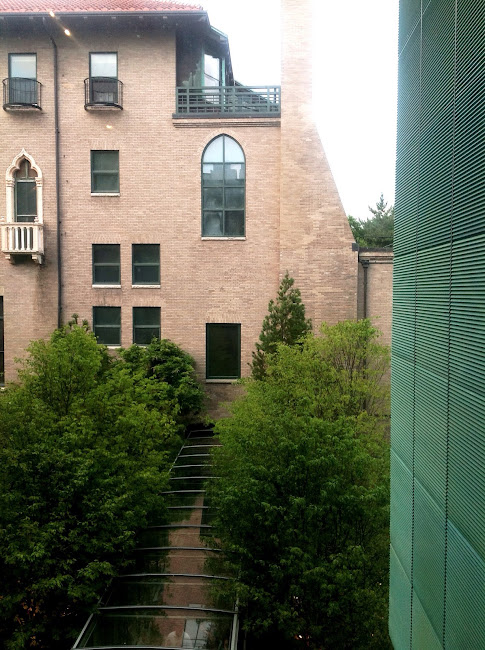 A slightly lower look reveals the glass walkway, referred to as the “umbilical cord” from the original structure and the new Renzo Piano Wing. Part of the reason for two smaller structures as opposed to a single large structure was so as not to overpower the original building. The museum entrance is in the new building and you walk through the glass enclosed walkway, with full garden views, into the famous Gardner Courtyard. A beautiful transition from new to old. 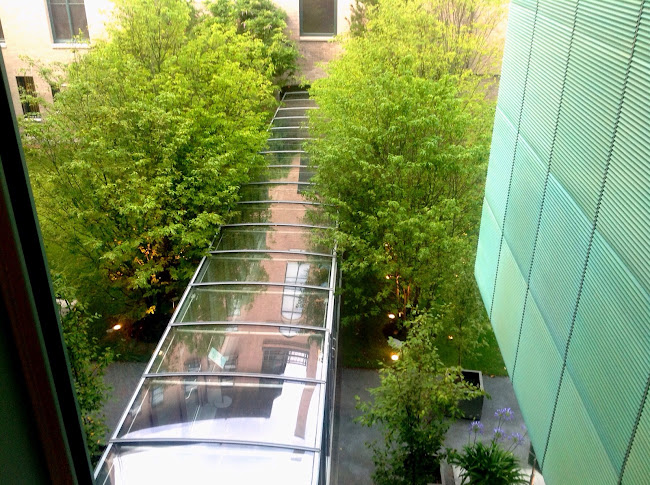 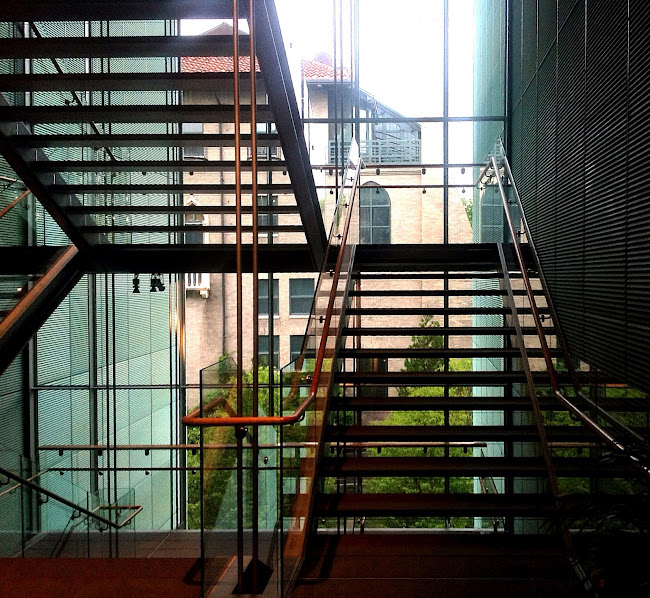 And taking a step back, here is the beautiful stairway. The original plan was for the stair treads to be glass as well, but apparently the Boston authorities had other ideas. So they used slate (I beleive) instead. I love the juxtaposition of history and modernity. 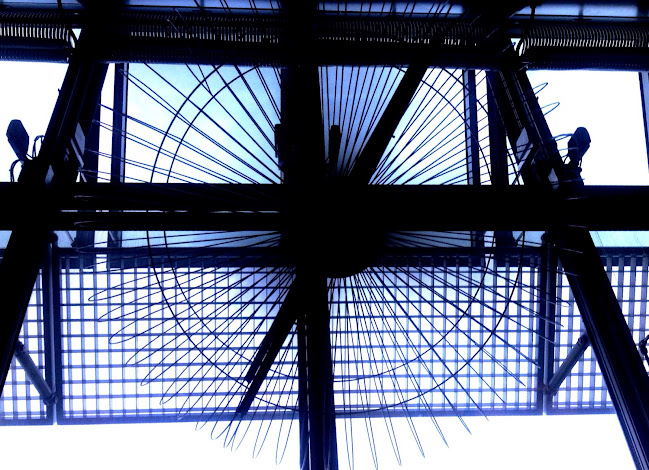 I took this final image in the greenhouse in the new wing. The greenhouse is really spectacular and my photos simply did not do it justice. They let us walk through it and the aroma was unbelievable.

So, run, do not walk to the Isabella Stewart Gardner Museum – it’s worth the trip from wherever you are.

The Tapestry Room at the Gardner

The Courtyard at the Gardner