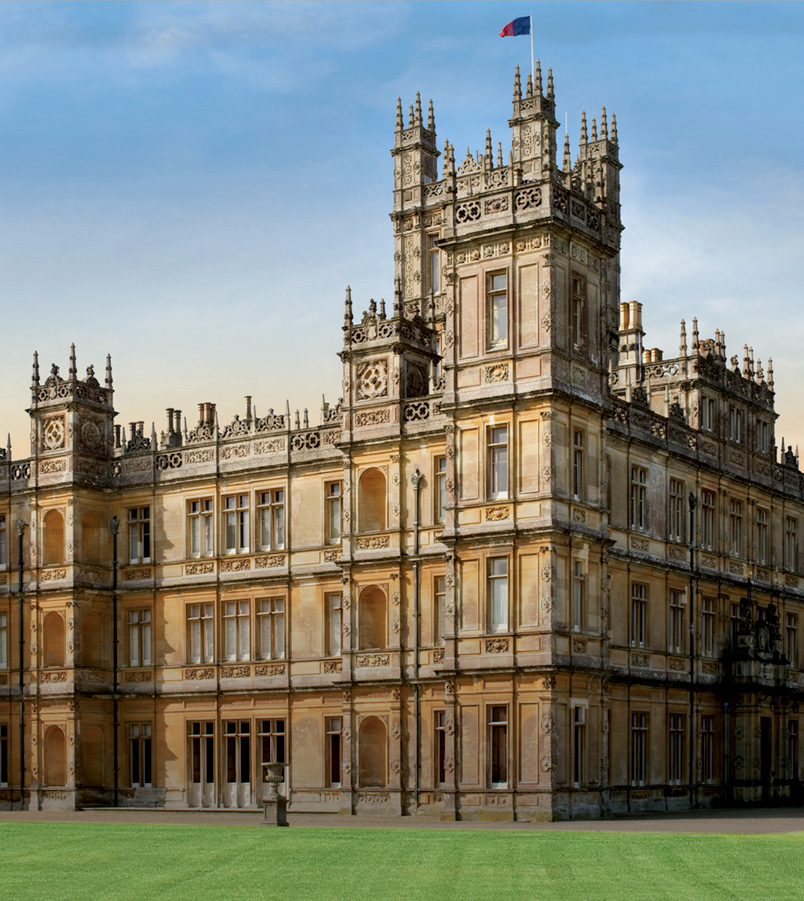 Yes, it’s finally back! After a nearly year long wait, we in the States will FINALLY get to see the next installment of DOWNTON ABBEY on PBS. It’s already aired in the UK and some of us (cough cough) may have already seen the series in its entirety. It’s exciting and better than Season 2, which went a little off kilter, imho. But, as Shirley MacLaine’s Mrs. Levinson says “Downton still stands” and so it does. The costumes, the upstairs and downstairs dramas and of course, the house.

We’ve seen it before, but the drawing room really is a stunner.

The real Downton, Highclere Castle, has 200-some rooms. Some have never been featured in the show even though they are really spectacular and there are many small details that we can’t see in the camera angles. Here are a few of my favorites: Above images courtesy of Highclere Castle.

While I have, in fact, seen the entire Season 3, including the Christmas Special, I will not post any spoilers and hope no one else does either. And if you don’t wish the story to be spoiled, don’t do too much Google image searching – that gives away a lot of detail as well. I will say that in this day of the internet and social media – it is well neigh impossible for these broadcasts to be aired months apart (it airs in the Fall in the UK) without it all getting out there before the US airing. I think WGBH/PBS/Masterpiece just needs to negotiate simultaneous broadcast rights like BBC America did with Dr. Who.  Makes sense to me.

Will you be watching? I’ll probably be hanging out on Twitter tonight at #DowntonAbbey #DowtonPBS

I’ve extensively blogged on the set design in past seasons, which you can see here. And check back here each week as I’ll try to include links to several blogging buddies who cover the show – including the costumes, manners and social customs of the times, etc.