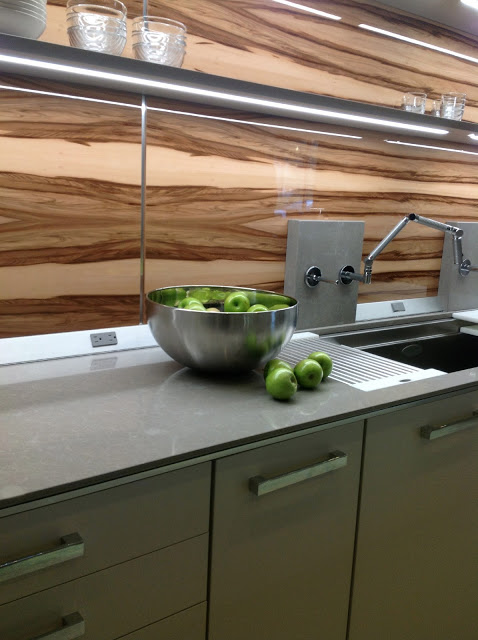 Our last BlogTourNola evening in New Orleans was spent in the lovely Nordic Kitchens and Baths showroom in Metairie, LA enjoying some tasty treats for dinner and the beautiful kitchen and bath displays, notably the gorgeous cabinetry by Poggenpohl. Founded in 1892 in the heart of Germany, Poggenpohl is the oldest and one of the
best-known kitchen brands in the world – present in more than 70 countries
around the globe. Since then, they have followed in the
footsteps of founder, Friedemir Poggenpohl, with his vision to
‘improve the kitchen’.  For 120 years, Poggenpohl has been
reinventing life in the kitchen one idea at a time.  Poggenpohl was the
first to introduce many transformative innovations including white
lacquer furniture,  the first wooden kitchen, and the first island
kitchen. Can you imagine a time when islands weren’t done in kitchens?

1930 – The Poggenpohl ‘ten-layer polishing technique’
forms the corner-stone
for the brand‘s lacquer expertise.

1950 – the first “unit” kitchen. Love the built-in desk – all that seems missing is a laptop If you’re a This Old House viewer, their most recent project, a cottage in rural Essex, Massachusetts, features a Poggenpohl Kitchen designed by friend and kitchen designer extraordinaire Rosemary Porto who is senior designer in their Newbury Street, Boston, showroom. Integrating state-of-the-art technology, the quiet country cottage was transformed into a universally accessible living space for aging parents.The homeowners desired a contemporary look for their kitchen with aging in place details and chose Poggenpohl cabinets for their high quality, timeless design and reputation for German engineering and ergonomics. The high gloss lacquered finish of the sleek cabinets is balanced against a traditional farmhouse soapstone sink and warm wood center island.