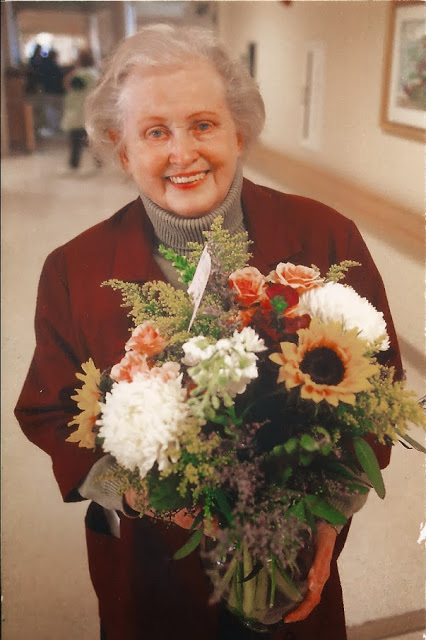 We are burying my mother today. I’ve talked a lot here about my father over the years, but not as much about my mother. As with many mother/daughter relationships, we often find ourselves annoyed by things that it’s possible we see in ourselves. But when the time of life runs short, the old annoyances become cherished foibles and the good memories are what’s truly important.

My mom died during the early hours of Thursday morning. She’d spent a week in the hospital for respiratory distress and pneumonia and other things, and then about a week and a half of an anticipated four weeks in rehab. Last Tuesday night, I had dinner with her and said good night at 8:00pm. They called my around 3AM to say she’d been sent to the hospital in respiratory distress. I was by her side shortly thereafter. My eldest brother arrived a while later and my middle brother flew in from Colorado by midnight Wednesday night. Throughout that long day and night, one of us was always with her. When my Dad had a heart attack the year before he died, she and I spent a night at the same hospital, in the same room, when we thought we would lose him. She was 79 at that time and no matter what, she was not going to leave him alone. My Dad was the love of her life. We three kids knew that while we were everything to them both, they were each other’s core. And they are finally reunited.  The photo above was taken at the Spaulding Rehab Hospital (then Rehab of the Cape & Islands) when my parents volunteered there after they helped get my Dad back on his feet after a debilitating stroke. But it was Mom who made sure that he had a wonderful quality of life for the rest of his days. 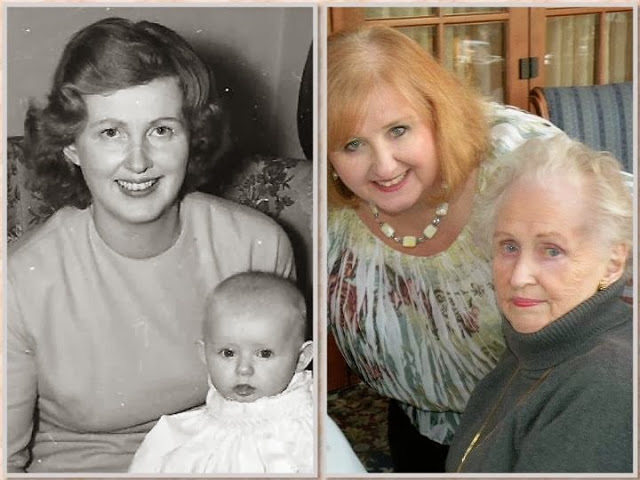 My beautiful mother Dorothy Costello Merrill
passed away early this morning after a brief illness. We shared not only
a face, but a home for the last couple of years. She was a true lady in
every respect of the word. She was elegant and intelligent
and earned a bachelors degree in English Literature at a time when it
wasn’t the norm for women. She taught me how to sew and to entertain.
An early devotee of Julia Child, Mom was a gourmet cook and continued to
try out new recipes from Ina Garten which she would look up online and
print out herself. She adored our family above all else. She’s with our
Dad now and we’re cheered to know they are reunited in faith and love.

Her full obituary is here if you’re interested in learning more about her.

After the funeral, we’ve invited attendees back to the house for lunch. We’ll be serving a delicious Provencal Vegetable soup that my Mom made and froze just six or so weeks ago. It will be warm and nourishing, just as she was.

I will be returning to the blog next week sometime. I’m missing it, but there’s much to do. Meanwhile, if your Mom is still with you, give her a hug from me. Happy Thanksgiving.

Things Lost & Found and Things to be Thankful For