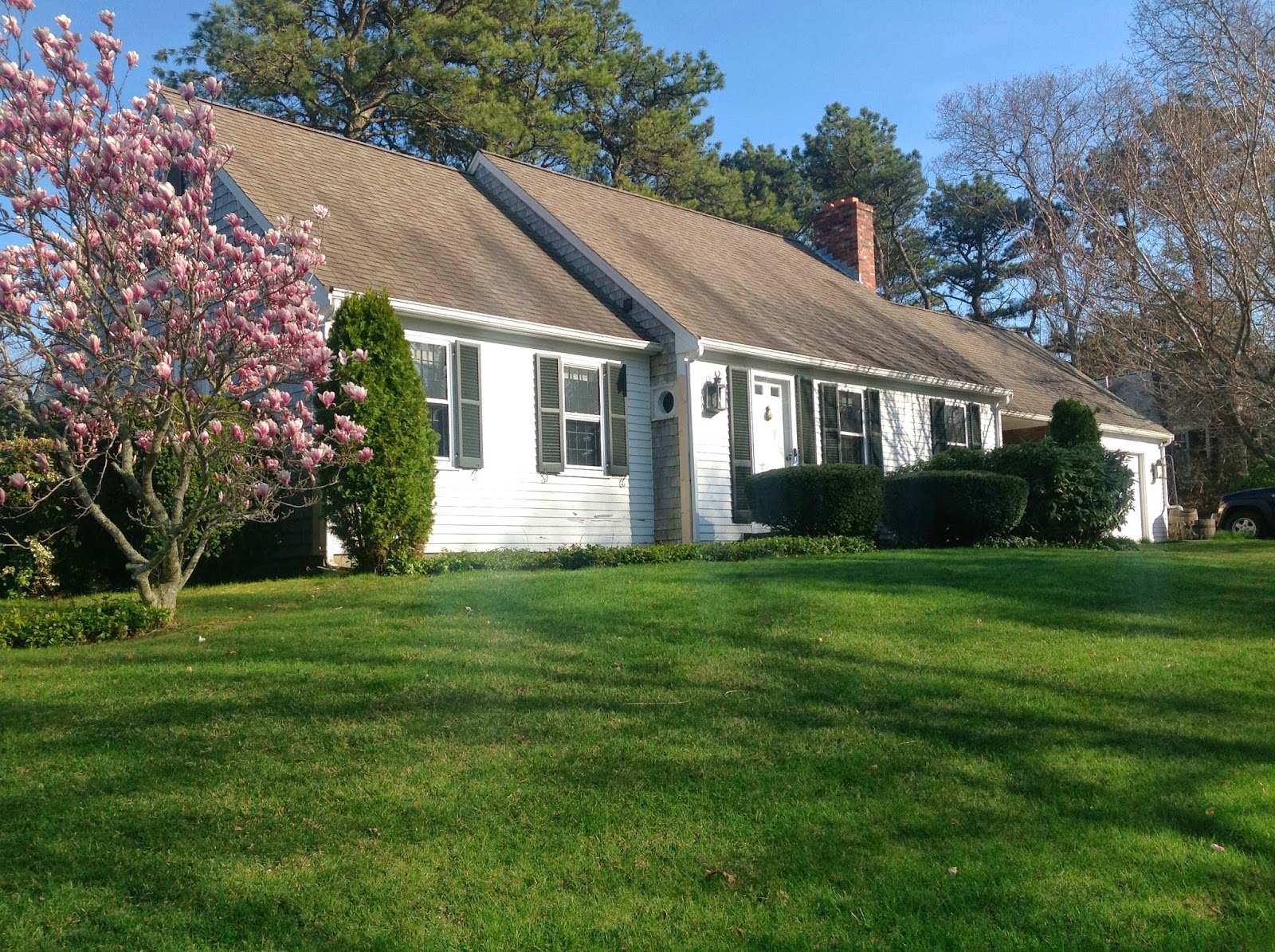 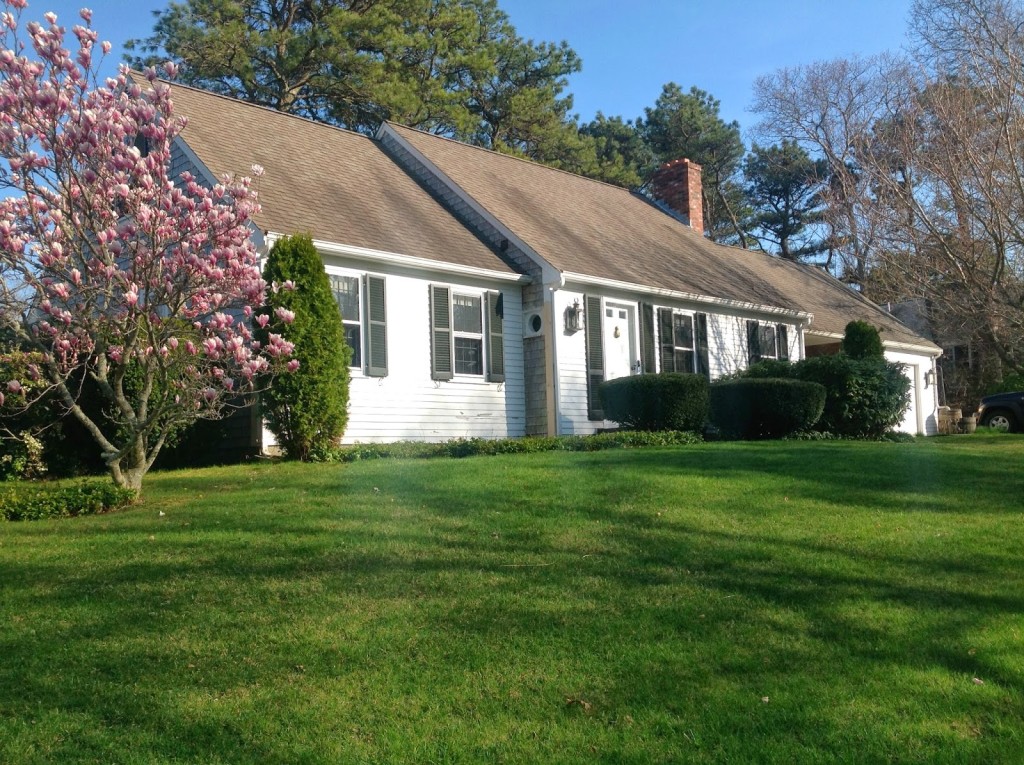 One of the big things going on in my life right now is getting my parents Cape Cod house ready for sale. It’s a big, and emotional, task as anyone who has done this knows. Luckily, my parents took great pride in their house of 30 years and were not pack rats. My Mom tended to throw everything out while my Dad was an archivist at heart. If you want the receipt for pretty much every major (and sometimes minor) purchase, it was filed. He has a notebook on the house – everything that was done, photos from when they bought it (it was dated looking then and was only five years old at the time), and how much he spent on the original renovations such as the new kitchen he designed and installed himself. He also had file folders documenting every other house they owned in their married lives. While they lived here for half their married lives, they actually owned five other homes across Massachusetts, upstate New York and New Jersey before returning to Massachusetts.

And so, now along with sorting all the personal bits and bobs (I should call them Dots and Bobs because that was their names) of a lifetime, we’re also taking care of all the minor cosmetic things that need doing. This house was their pride and joy and I intend to honor my parents by passing it along to the next family in as good condition as possible. I have contractors here repainting the outside, the bathrooms and installing a new stove and microwave – things of that nature. I took the photo above last week on the one nice day we’ve had yet this spring because I wanted to capture the fleeting beauty of the magnolia tree. By the time the house is ready to be on the market (end of May likely), the blooms will have dropped. But taking over will be the gorgeous cherry tree on the far right of the photo – which right now barely shows any budding.

I’ve also hired a professional Organizer – Sharon Fisher of Come to Order! – to help me sort through the house, packing, donating, tossing, etc. It’s a big job and I knew I couldn’t handle it myself. Too often, we, especially women, feel we’re supposed to be doing everything without help. Pooh on that, I say! I even had Peapod deliver my groceries this week. Sharon got the job done far faster than I would have on my own and kept me focused on making decisions and moving forward. In a couple of weeks I’ll have a bunch of my own stuff and furniture not needed to stage the house moved to storage, a junk removal company come take away that stuff, carpet cleaners, etc, etc. It’s a busy time, but it takes a lot to dis-assemble a long life of memories. And it reminds me to own less and treasure what I have more. 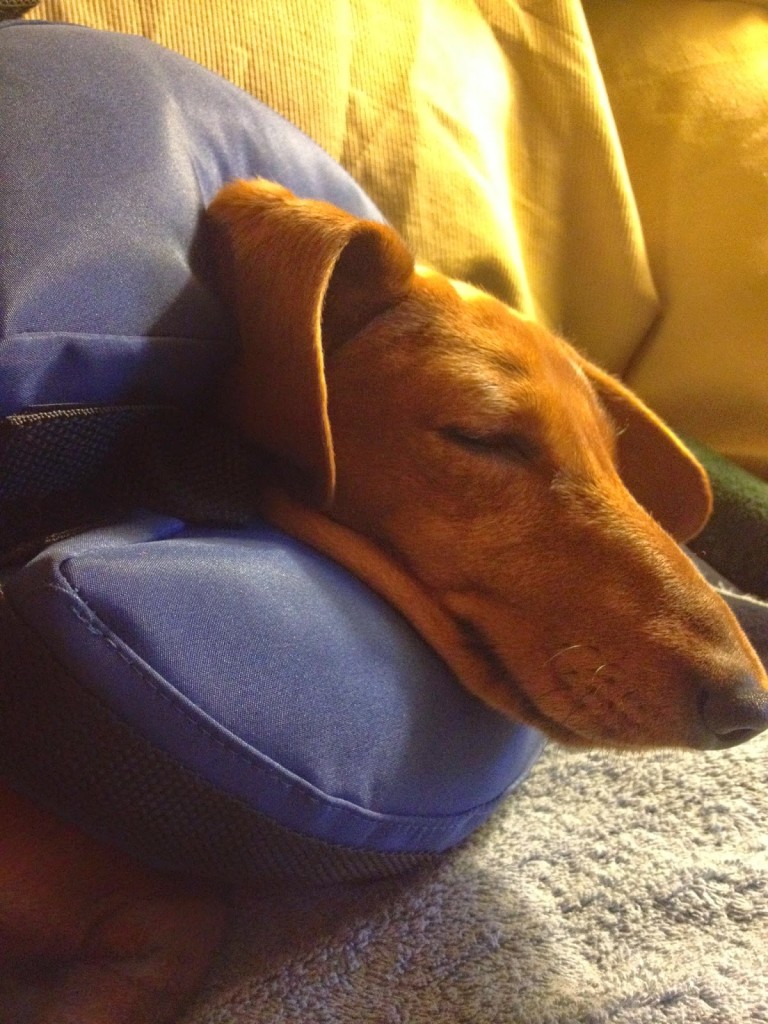 Speaking of treasures… in RoyRoy news, he had his neuter operation last week. I was supposed to be keeping him in the cone of shame, but hated doing it, so I’ve been keeping on top of him, even sleeping on the sofa with him to make sure he didn’t chew the stitches. They yesterday morning I noticed they were gone. Oops. Brought him to the vet and they said one remained but all looked good. I also got the side-eye for not keeping him more immobilized. So, I bought this inflatable donut that attaches to his collar. I put it on him after dinner last night and he promptly fell asleep. His own personal pillow, I guess. I finally slept the night in my bed and he did so in his crate (well, most of the night anyway). Two more days and the final stitch can come out!