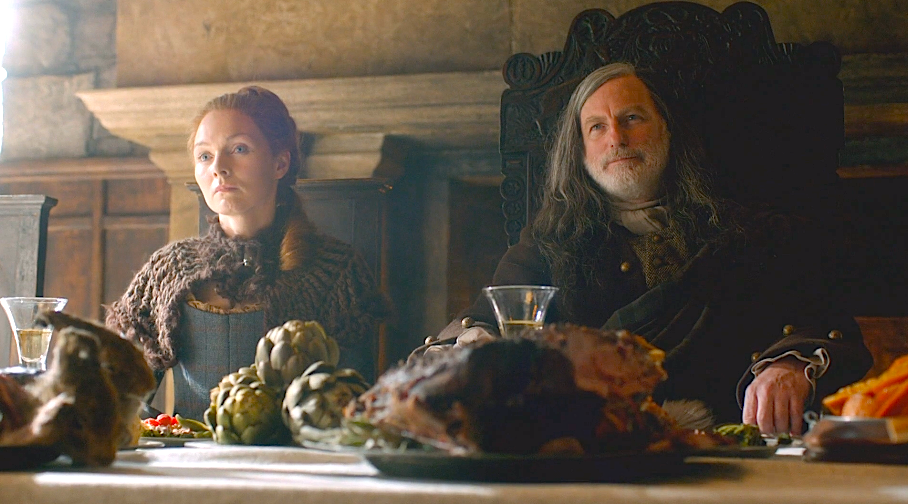 In this week’s episode of the Starz series Outlander (S1E2) we get to know Castle Leoch, seat of the clan MacKenzie, and Laird Colum ban Campbell MacKenzie (seen above a dinner with his wife Letitia on the left). Colum has major health issues and his brother Dougal (who brought our heroine Claire to the castle) acts as his legs and is War Chieftan. Colum’s health problems don’t affect his mental state and he gets down to business interrogating Claire while plying her with food and drink. There’s a whole lot of Outlander wining and dining to be enjoyed. 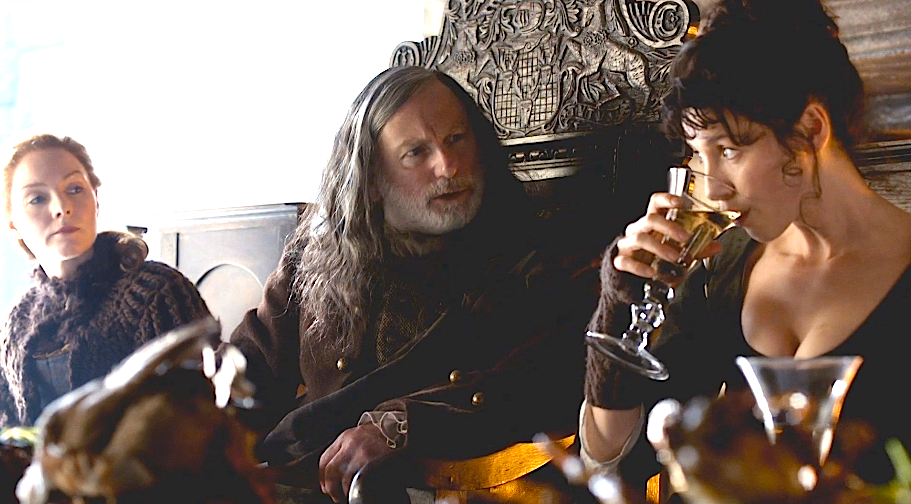 After refilling Claire’s wine glass with whatever their “house” wine is, he has a decanter of his personal Rhenish wine brought out. Rhenish is from the Rhine region of Germany which has a very high alcohol content, which Colum uses as a pain reliever for his physical ailments. It also will go to a girl’s head pretty quickly. 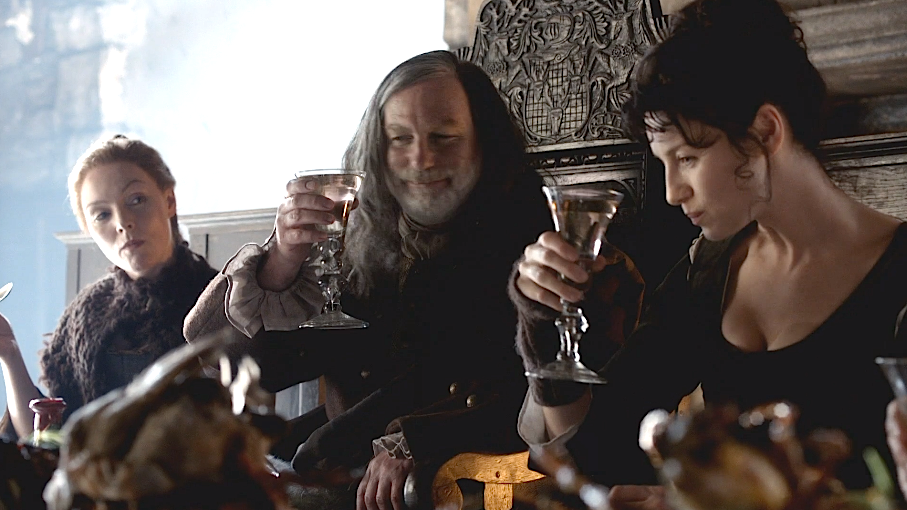 When I first saw the previews of this scene, I was struck by the use of matching wineglasses. Plus, they reminded me of the Simon Pearce Cavendish glassware featured in the movie “Something’s Gotta Give”.

I admit to knowing next to nothing about the use of glassware during the period of the 18th century, but would have assumed if asked that a remote Highland castle (even a fairly wealthy one) would be more likely to use pewter or stoneware, not hand blown glass – particularly matched sets. Not to mention, would the general population (those not seated at the Laird’s table) be drinking wine at all versus ale or beer? A little research brought me to a Christie’s article: “Though numerous forms of wine cups had existed since the classical period, it was the 14th century merchants of Venice that set a new standard of elegance in wine-drinking by combining the skills of the glassblower and designer. The clarity and transparency of their cristallo glass allowed the color of the wine to be fully appreciated.”

By the late 17th century a “more simplified style of balustrade stems consisting of bold, massive “knops” came into fashion, modeled after the furniture of the time.” 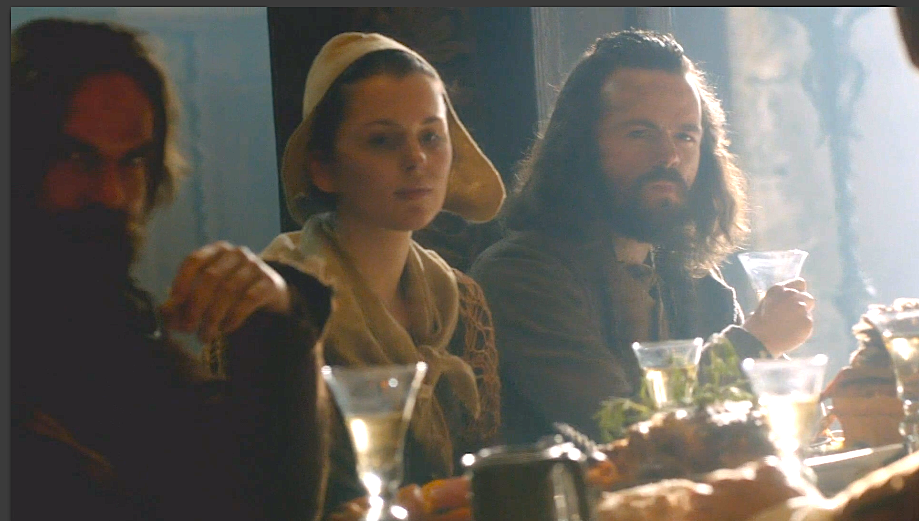 An image of the general castle populace eating and drinking. 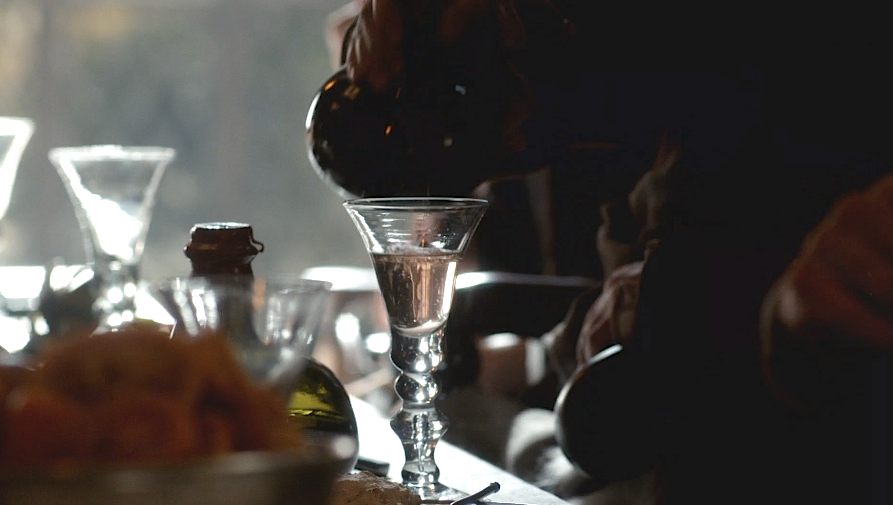 And a closeup of the glassware used which features a “twisted” balustrade stem which is very pretty and unusual.
So, does anyone know enough about 18th century Scottish Outlander wining and dining customs to know if the entire population would be drinking wine out of wine glasses? And would a castle, even a wealthy one, of this time have hundreds of matched wine glasses? Between the cost of the glass itself, the English taxes placed on wine imports and the simpler tastes of the common people, it’s hard for me to imagine. But as I said, I am no expert.