So, with today’s announcement from Pantone, we now have three major choices of Color of the Year. Well, actually, we have four.

So, Pantone decided that they couldn’t do only one this year, so we get two! Pantone’s process, which is generally a well-kept secret – starts years in advance. They are tied in with fashion, home goods and advertising colors, usually. I’m never really sure how much of a gimmick this is (though they absolutely don’t consider it a gimmick) because there have been years where the COTY is never seen again. But, getting back to this year… Individually, these are pretty colors, but not terribly original. Baby pink and blue – shocking. However, this is a great lesson in how colors interact with one another.

These are views from my local beach… And the view from my house. Certainly the sunset shows how colors interact and become something greater than their individual selves.

Clearly Pantone‘s intent is for these two colors to be combined, not used as separates. So, it will be interesting where we will be seeing this combination.

As for interiors, I think this is a truly difficult color combination to pull off. If the point is that the colors are interwoven, not separate and distinct, it would be difficult to find the right balance so that they aren’t fighting, or look too much like boy and girl twins. I spent quite a lot of time trying to find a pleasing use of these colors in interiors and finally came to the one below. The colors are softer versions, which blurs the lines a little better. That everything is subtly patterned also helps to create a sense of color mixture versus straight pink and blue.

And what of the other two paint brands with color of the year announcements – Benjamin Moore and Sherwin-Williams?  As you probably know, it’s all about white. 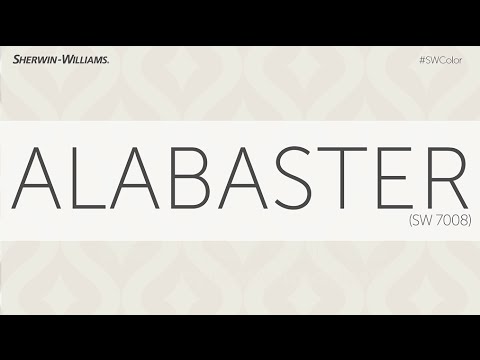 The Benjamin Moore Simply White tends to be a clearer color, on the warm white side while the Sherwin-Williams Alabaster is a little muddier and cooler a shade of white.

What do you think of these color of the year selections? I had to wonder what the folks at WS said when BM released their pick first. Maybe they already knew, who knows. On the other hand – it’s been cause for a lot of conversation about both colors. It seems that all three color groups are saying: “relax, let’s simplify things”. And given the state of the world today, that sounds pretty good, doesn’t it? Benjamin Moore said their color was in part to honor the millennial generation’s need for self-expression and also lack of permanence. So a clean white becomes the background for a more transient group of people who want to put their stamp on things. Maybe yes, maybe no. Young people are always more transient (I moved many, many times in my 20’s and 30s) and I always put my stamp on my apartments.  I think it’s part and parcel of that age.

Meanwhile, all three entities also release a group of colors trends and colors that their #1 hue work with and I thought there was an interesting story to tell here as well.

I think that the Pantone group has a very retro feel – almost a 1940’s palette, which was kind of subdued coming out of the war years.

Sherwin-Williams breaks down their palettes by theme and it’s interesting to note that the Mas Amour and Trajectory themes are very similar to the Pantone grouping.

There are also several cross over colors with the Benjamin Moore 2016 color trends, though they tend to skew towards brighter colors – closer to a 1950’s vibe.

I’d love to hear your take on these newly minted “trends”. What color, or lack thereof, do you think we will actually see in the next year? Check out my Pinterest board on Colors of the Year for more images.

Meanwhile, I’ve been working on the design plan for a shop called Yarn’s End, which is a knitting shop currently located on the South Shore of Massachusetts. I did their design plan for their current location and they will shortly be moving to a new and much cooler space. And guess what the walls and ceilings will be painted? Benjamin Moore Color of the Year Simply White!