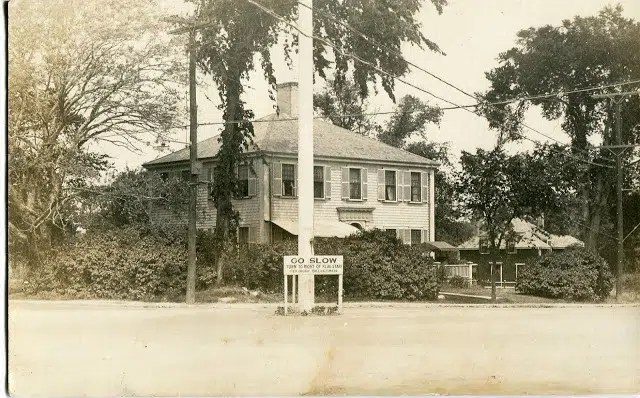 A little over three years ago, I wrote a brief post called The Original Mobile Home about Hall Tavern, this Federal home that was built in Duxbury, MA in 1810. Here’s what I wrote then:

This historical society (DRHS) in my hometown of Duxbury, Massachusetts posted this great old photo of “Halls Tavern” from 1908. This original Federal style house was built somewhere between 1790 and 1810 (1810 per DRHS and 1790 per Wikipedia referencing the National Registry of Historic places). The house was moved to Cambridge at 20 Gray Gardens West in 1930 and in 1983 it was listed on the Registry of Historic Places. Interestingly, the City of Cambridge’s real estate records list the house as having been built in 1700, but it’s not the right style for that. Unfortunately, what stands in its original spot today is a gas station. Duxbury, which is quite beautiful, is known for being very hostile to business development and maintaining it’s original rural splendor. This section of town – Hall’s Corner – still revolves around a flagpole as seen above in the 1908 pic above. Five roads lead to this traffic circle and we’re still required to “keep to the right”. You can always tell an out of towner when they go the wrong way and chaos ensues. The smaller house to the right of the original Halls Tavern was a school and is now known as the Girl Scout House. 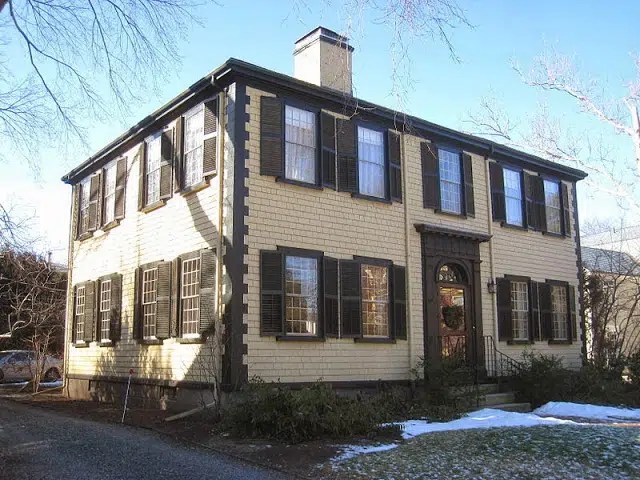 Here’s the house today. According to the records, it’s been in the same hands since 1966 so there are no interior shots that I can find. Can you imaging watching this house being dismantled and trucked 40 miles up to Cambridge?  An amazing feat and a testimony to good original workmanship!

So, what’s the update? It’s now on the market and there are a few interior shots! Happily, it looks well-maintained on the inside. Fresher, modern furnishings would be well-come – but you can’t beat the history or location.

A little about Gray Gardens West (and East) from Wikipedia:

The Gray Gardens East and West Historic District is a historic district encompassing an early 20th century residential subidivision in Cambridge, MA.  The subdivision includes all of the properties on Gray Gardens (East and West), as well as the adjacent 91 Garden Street and 60 Raymond Street. The subdivision was created by a group of interested individuals who sought to control development of one of the last estates in the area to be developed. They subdivided the land themselves, and imposed architectural restrictions on what could be built. Most of the houses were built between 1922 and 1930 and are neo-Georgian in style; the principal exception is the Hall Tavern, a Federal style tavern built in the 1790s and moved to the area from Duxbury, Massachusetts. The other unusual house is at 16 Gray Gardens East; it is a Tudor Revival house. The district was listed on the National Register of Historic Places in 1986.

Here are some street shots. You can see Hall Tavern on the far left in the first shot. 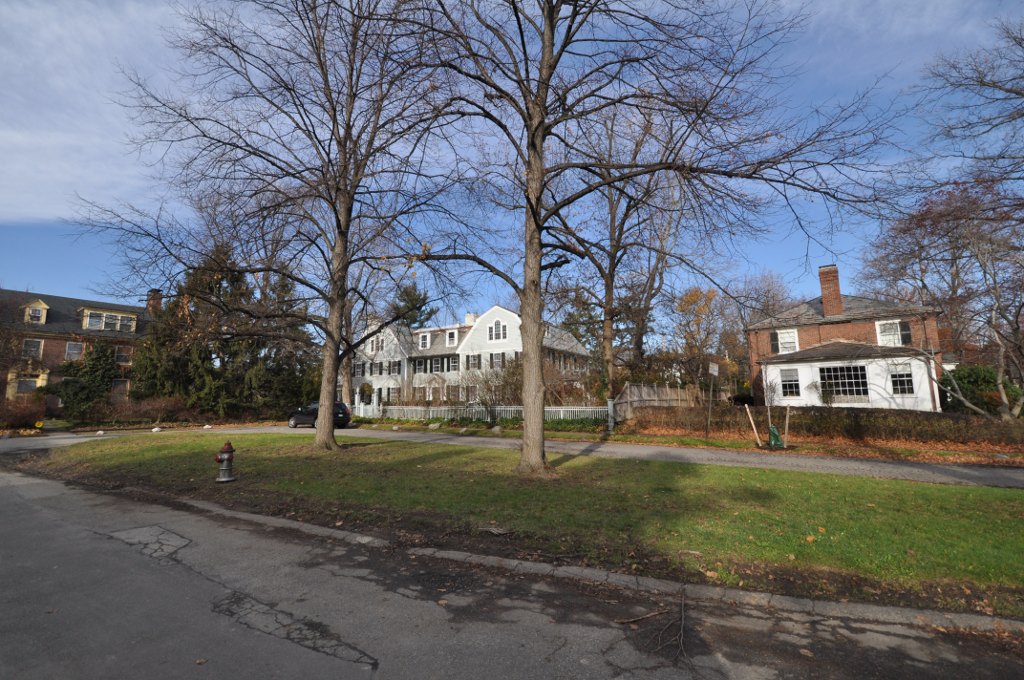 And for fun, here is a 1906 post card of Hall Tavern in its original Duxbury location. 2 thoughts on “The Original Mobile Home – An update”