So, the final episode of Downton Abbey airs (in the States) this weekend and those of us who have been fans since the beginning are certainly very said. It’s not to say that the series has been perfect and hasn’t maybe run on a season too long. But still, it’s almost gone and how I will miss it! The story lines, the actors and the amazing production values of sets and costumes have been nearly unparalleled on television. When the series started, were wowed by the amazing costuming (Caroline McCall, Anna Robbins, Susannah Buxton and Rosalind Ebbutt) and set design (Linda Wilson, Gina Cromwell and Judy Farr) all led by Production Designer Donal Woods since the very beginning.

I blogged extensively about the series set design from the beginning – but it peetered out overtime not because the sets weren’t incredibly beautiful – but as the action mostly took place in the Abbey (aka Highclere Castle) – the sets didn’t actually change that much. And while there have been scenes in London and at other big houses – there weren’t enough of any one location to cover it. However, I wanted to mark the end of this particular television era by revisiting our favorite set and also highlight some of the amazing locations I’ve never posted before.
Today, I start with The Drawing Room. The location of probably the most scenes shot in the series (or it ties with the dining room, hard to tell!). As we all know, the role of “Downton Abbey” itself is played by the very real and regal Highclere Castle, home of the current 8th Earl and Countess of Carnarvon.  The living room as seen in the television series is very much like it exists in real life. I’ve tried to order the following photos in series order from oldest to new. Enjoy! 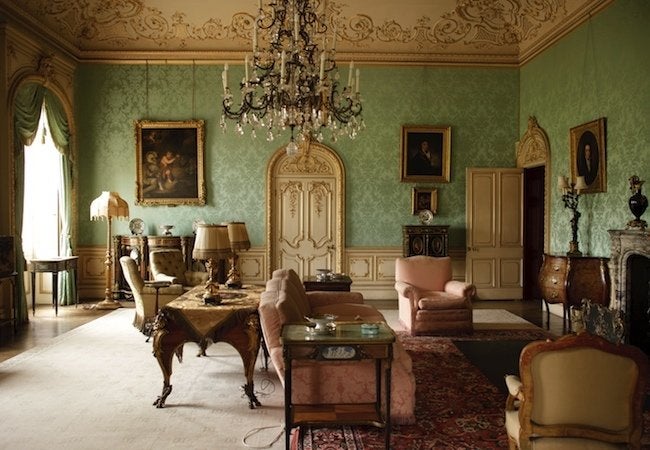 The War Years when the Drawing Room was turned into a hospital ward. This is such an odd publicity still. It’s all the ladies of the cast – but to have Daisy and Mrs. Patmore skulking by the door is kind of wrong for the look as kitchen staff would never, ever, be seen upstairs like this. 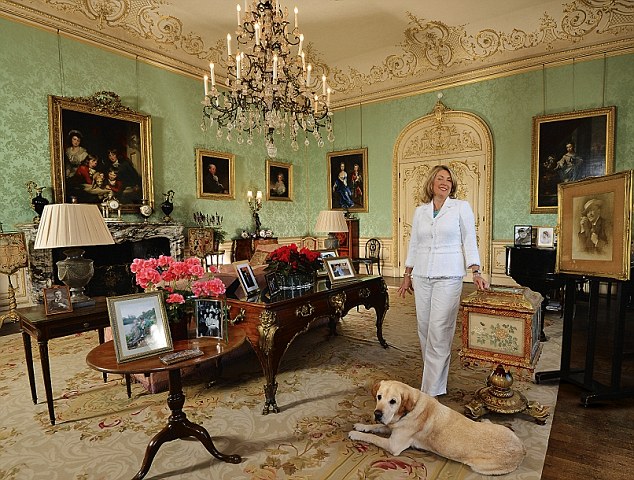 Upcoming: The Dining Room, Bedrooms, Kitchens, and some extra beautiful sets from other locations!

Will you be watching on Sunday?