A new Nancy Meyers produced movie HOME AGAIN (written and directed by her daughter Hallie Mayers-Shyer) is always reason to get excited. First off, they are usually good, frothy fun with a good cast and a nice ending. But more, they usually feature spectacular interiors and settings that have become nearly iconic such as the Beth Rubino interiors for Something’s Gotta Give.

And now we have a Reese Witherspoon inhabiting in a California house that looks, well, quite a lot like a Reese Witherspoon house.  The movie is about a recently separated 40-year old who decides to move back to her hometown of LA with her two young daughters and ends up letting three young guys (aspiring movie makers) move into her guest house. Hijinks and romance ensue. Then the ex played by Michael Sheen wants to come home, too. Hijincks, romance and drama. Actually – doesn’t it feel a bit like a re-tread of It’s Complicated?

Oh well… on to the important part, the interiors.

Didn’t Reese own a house that looks like this not long ago? 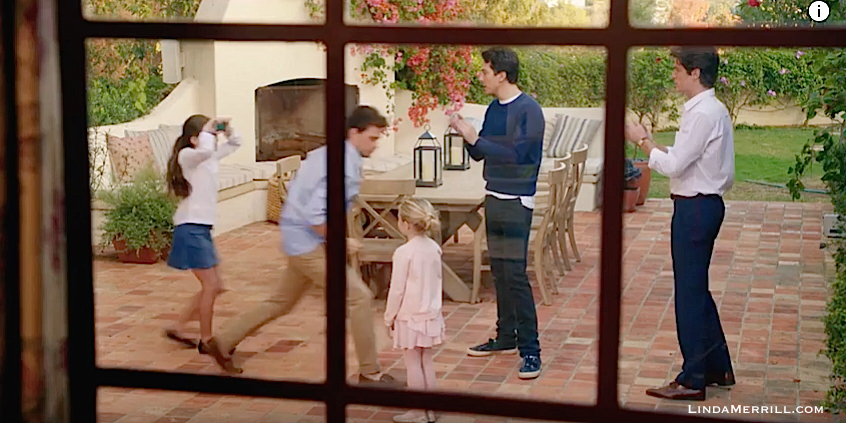 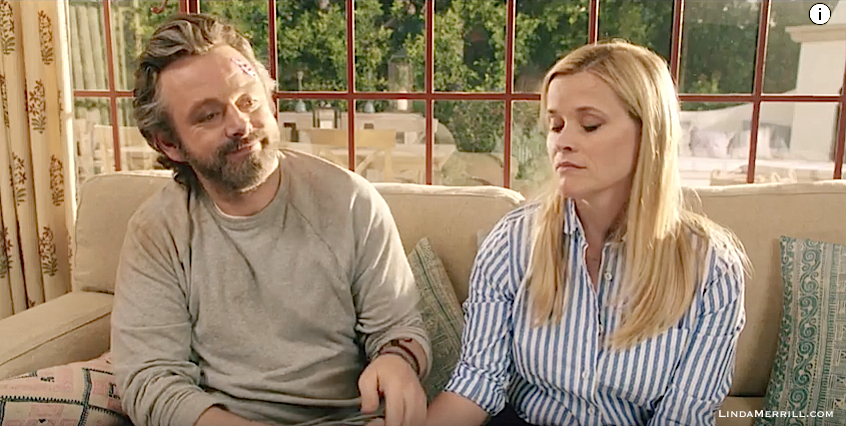 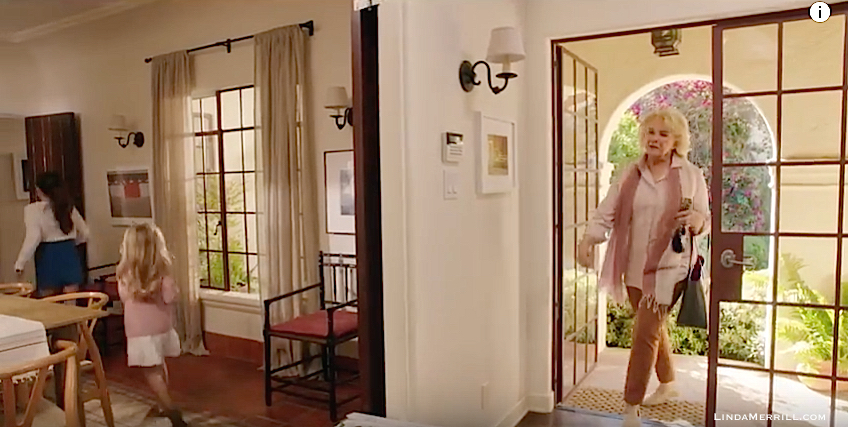 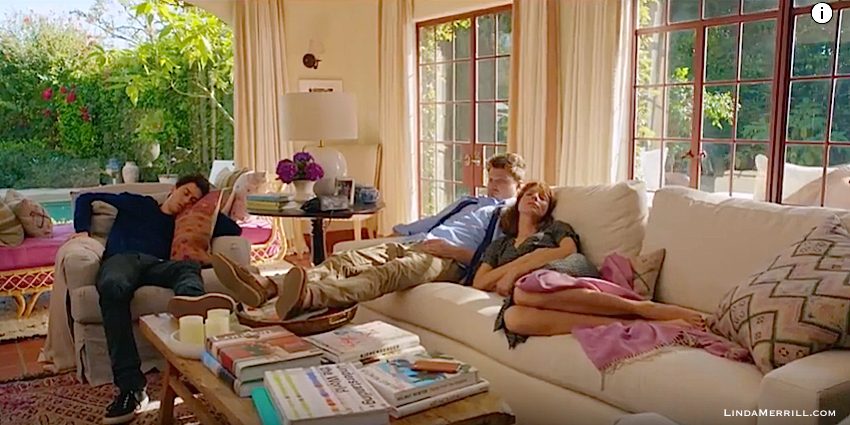 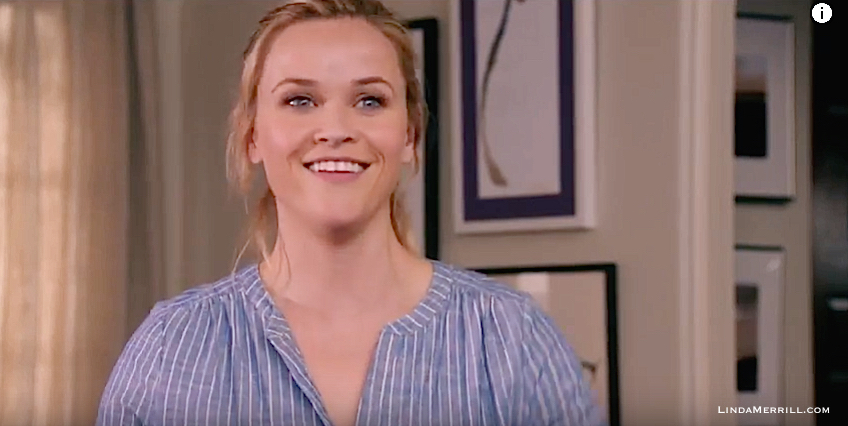 The color palette is certainly very clear – neutral off-white, reds, pinks and some blues. Big cushy sofas, slightly bo-ho. The house doesn’t appear quite as grand as those in other Nancy Meyers movies, but it still looks like a beautiful home. This all looks very Kathryn Ireland inspired.

HOME AGAIN Production Designer is Ellen Brill who has worked as a set decorator for primarily television series such as American Horror Story, The New Normal, Parenthood (though only 10 episodes credited), and Nip/Tuck among others. The Set Decorator is Nicole Cates whose IMDB page shows only 1 credit prior to this movie, which is as a “shopper” for the tv show Path To War back in 2002. I can’t help but wonder if Nancy Meyers herself did the decorating and Ms. Cates put her vision into place and gets the credit for it. It’s a big coup for her career, no doubt. 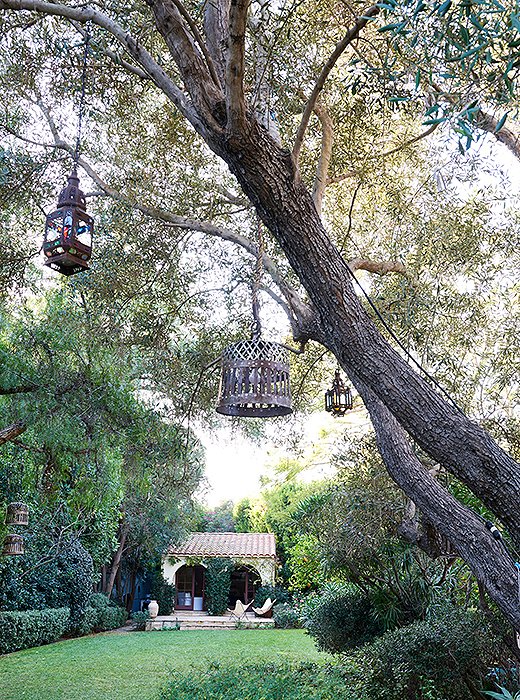 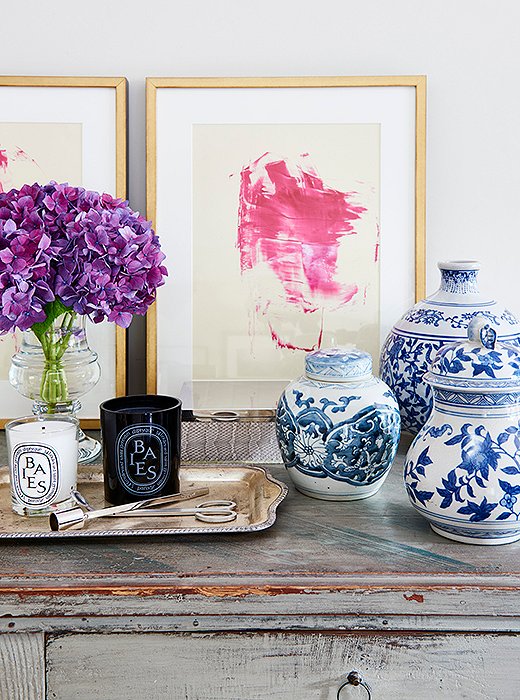 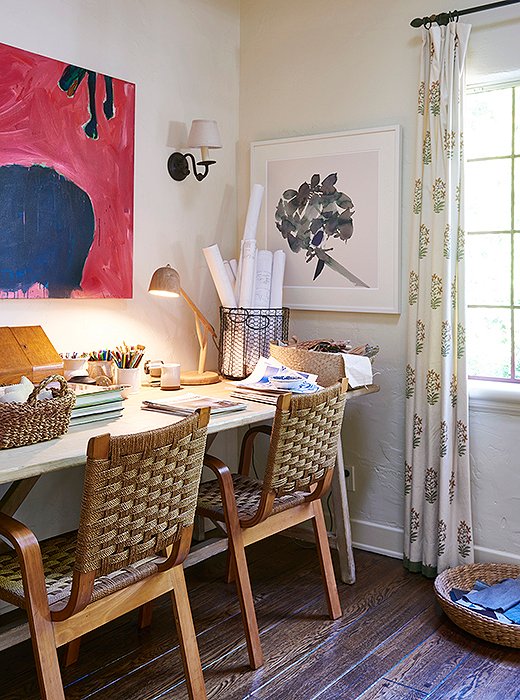 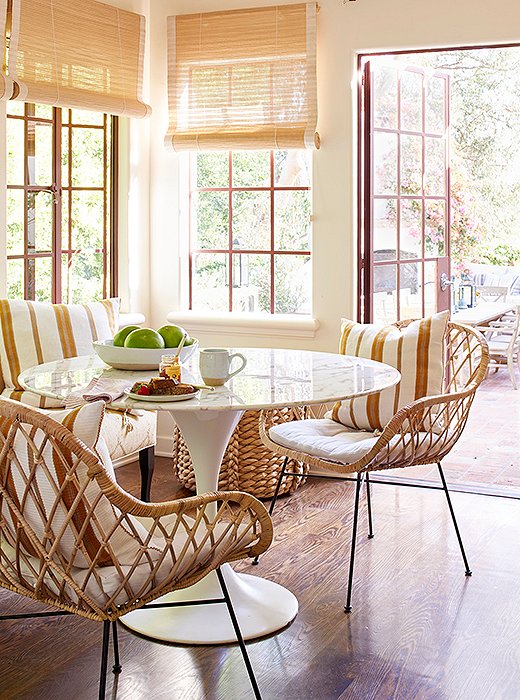 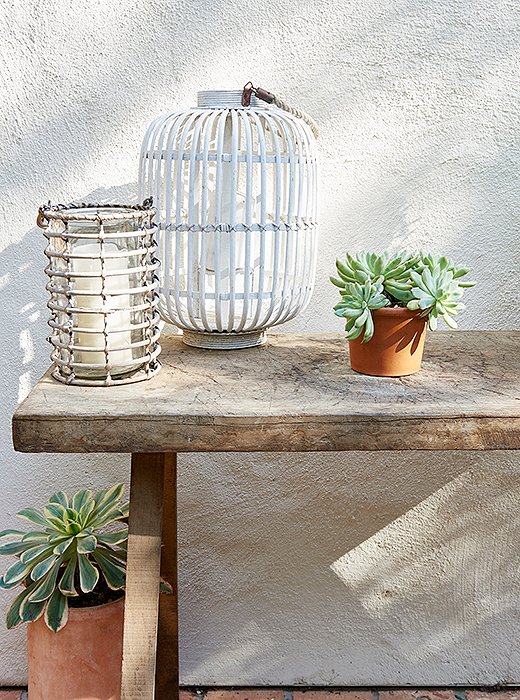 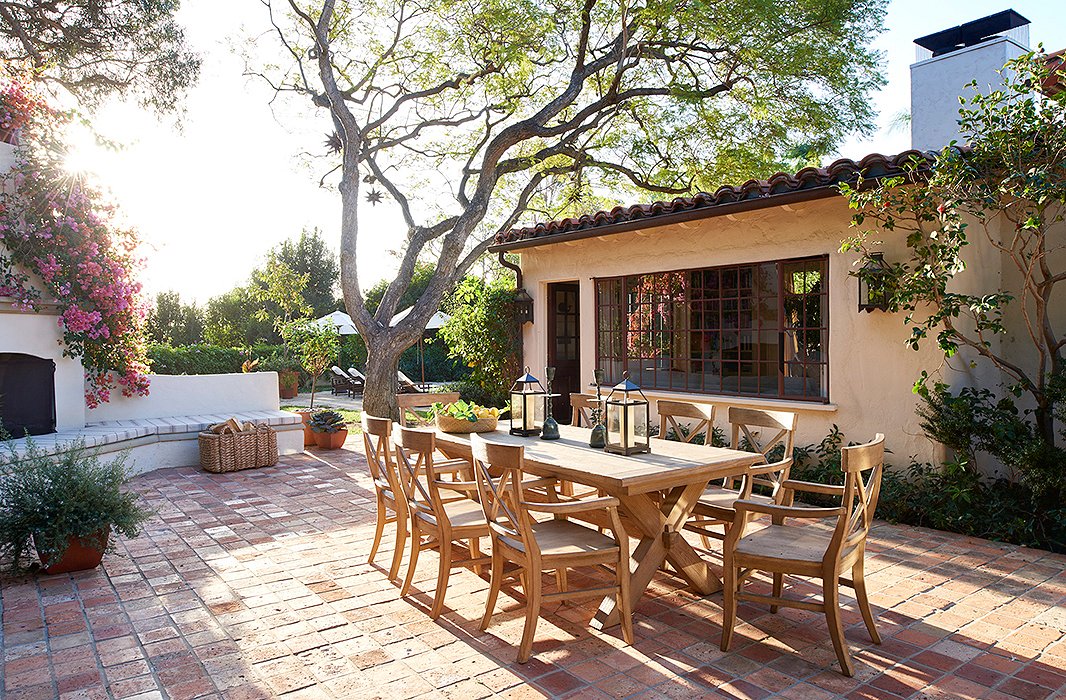 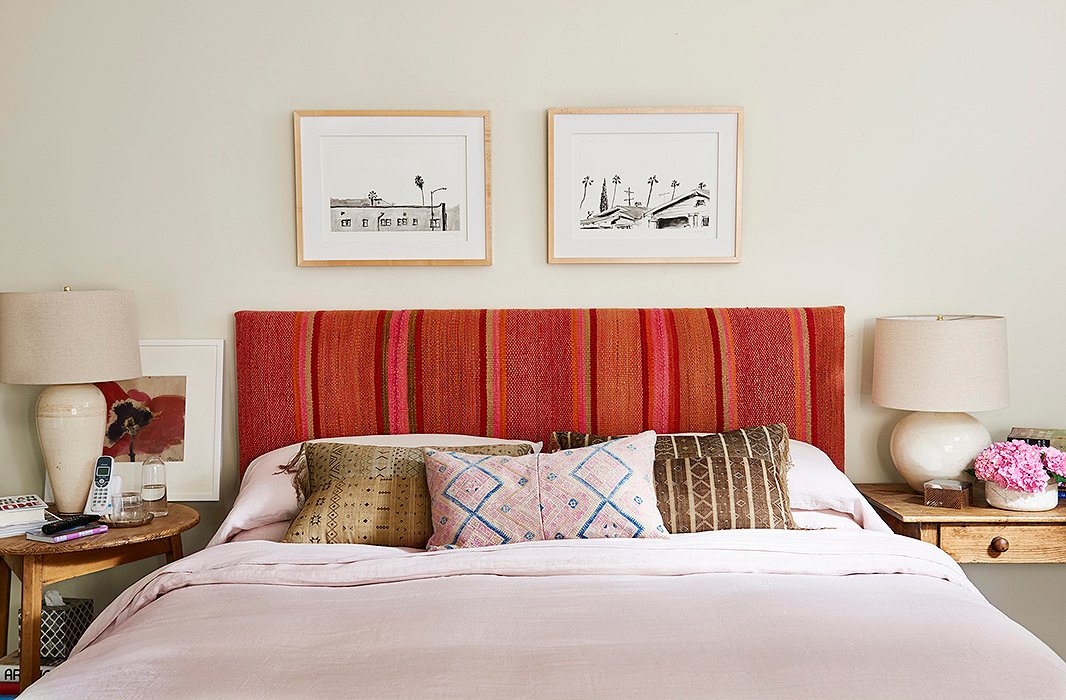 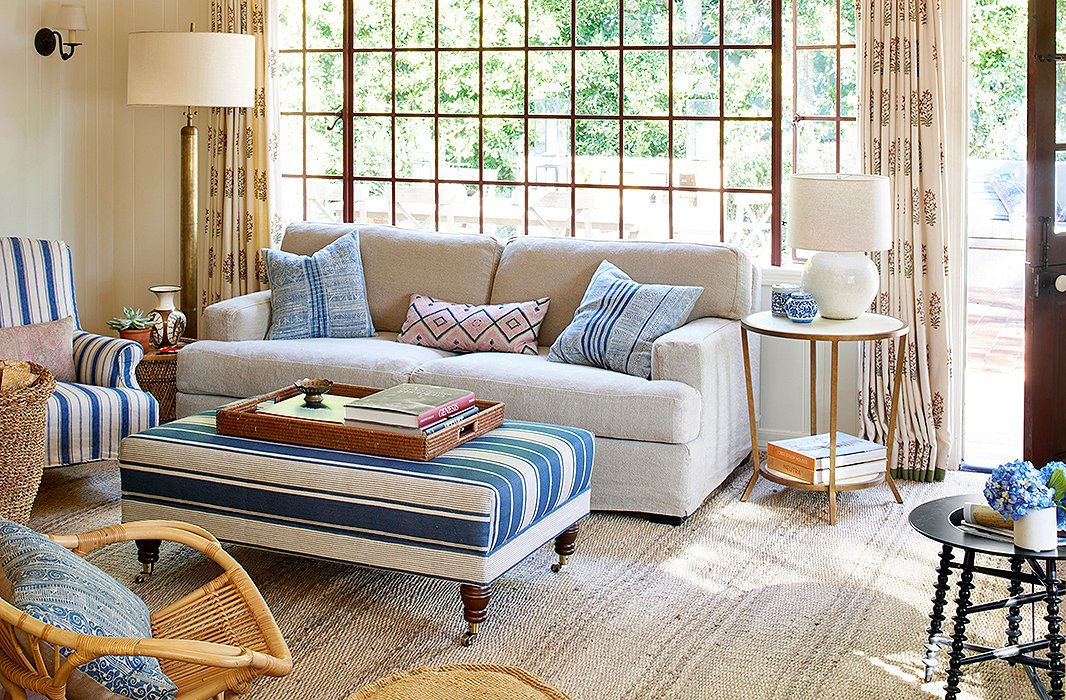 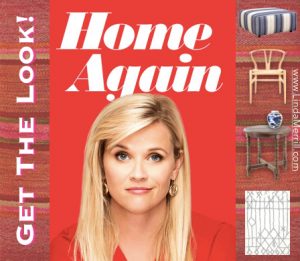 I may receive commission for purchases or clicks made through links in this board. This helps defray the cost of keeping my blog going!

Update 7.19.17 – My friend Joni of Cote De Texas has just posted a fantastic and all encompassing post about HOME AGAIN. No one can beat Joni when it comes to forensic blogging! Read her post here.