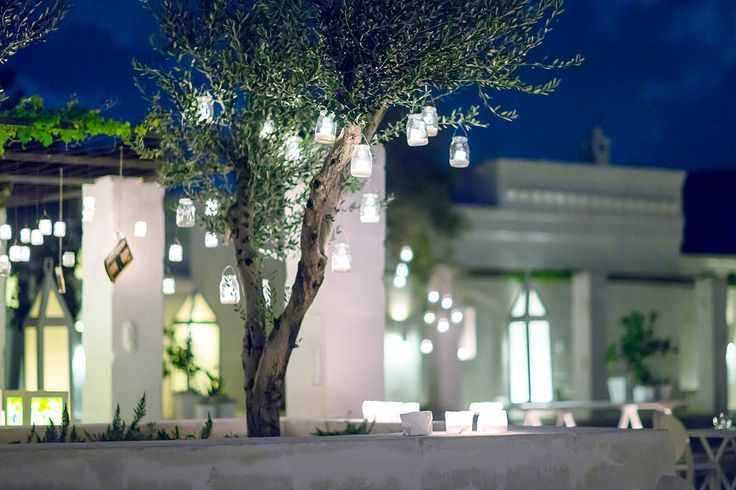 I’m focusing on Italy this month in my Travel Tuesday posts because my niece Katie is currently on her honeymoon there! They arrived in Venice this morning and will be touring the northern part of the country including hiking in the dolomites and finishing it up with a stay at a luxury resort in a vineyard! I’ll have a post about that location after they return – because I want to hear all about it first! Meanwhile, this week, we’re headed to Masseria Le Carrube in Ostuni, Italy, which is located in the Puglia region on the Adriatic sea. Operated by San Domenico Hotels, the hotel opened in 2016. Ostuni is known as the “White City” and the Masseria pays homage to this stripped down natural aesthetic and has been designed by renowned Italian architect Pino Brescia. Masseria Le Carrube is both rustic and modern in style, maintaining San Domenico Hotels’ dedication to the traditional nuances of the region’s architecture. The interior of the masseria incorporates elements of ancient Puglian culture such as a traditional trullo (a conical hut made of dry stone) in the main reception area, and an antique olive mill and olive press dating back to the 12th century. The masseria’s 16 rooms and four suites are vast and airy, with whitewashed exposed brick, antique furnishings, and accents of raw reclaimed wood complimenting the natural tones of classic Italian linens. The hotel will also feature a 70-seat vegetarian restaurant, Le Carrube – the ideal eatery for those who desire healthful eating while still enjoying local traditions. Le Carrube is one of only three vegetarian restaurants in Puglia, showcasing how the trend toward vegetable-focused and health conscious cuisine is beginning to take hold throughout Italy.

Swathed in natural light, the restaurant features hanging baskets of produce from its ceiling, providing a contrasting pop of color to the interior’s neutral stone walls. The restaurant will open in November 2015, and will be open to the public (except Sundays and Mondays) offering lunch and dinner service, and a pre-fixe brunch buffet on weekends. Thought the hotel isn’t open to individual guests until March 2016, beginning in November 2015, weddings can be booked here. What a magical destination! The whole property just seems so fresh and relaxing doesn’t it? Imagine the “ahh…” feeling after a hot day of sight-seeing!