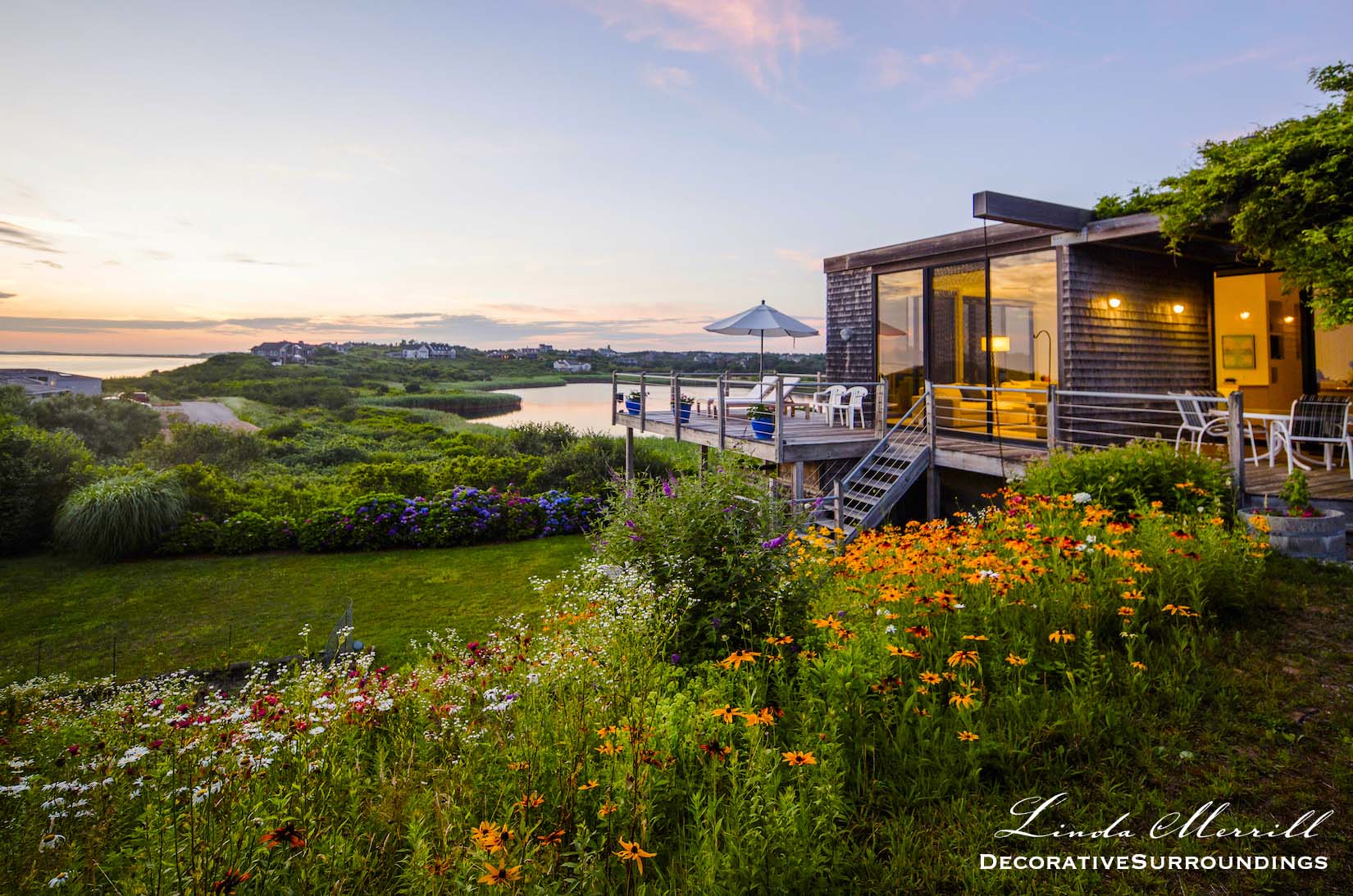 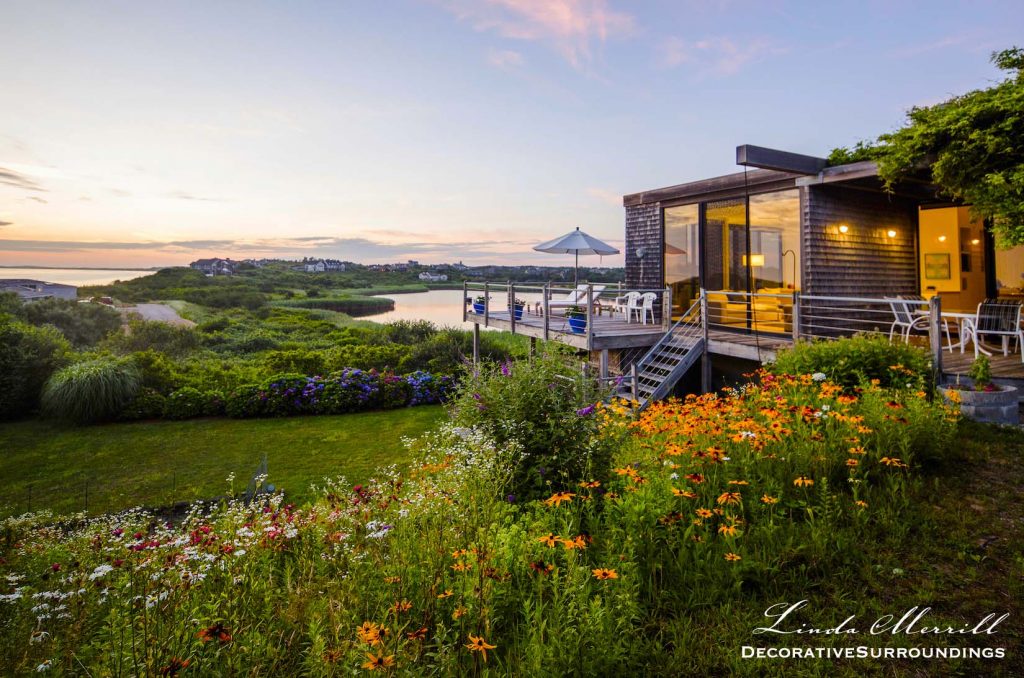 I wanted to share a set of photos I just got this week (four years later!) of the modern beach house I decorated in Truro, Massachusetts. The project was shot by Paul Blackmore for Cape Cod Magazine and even made the cover! 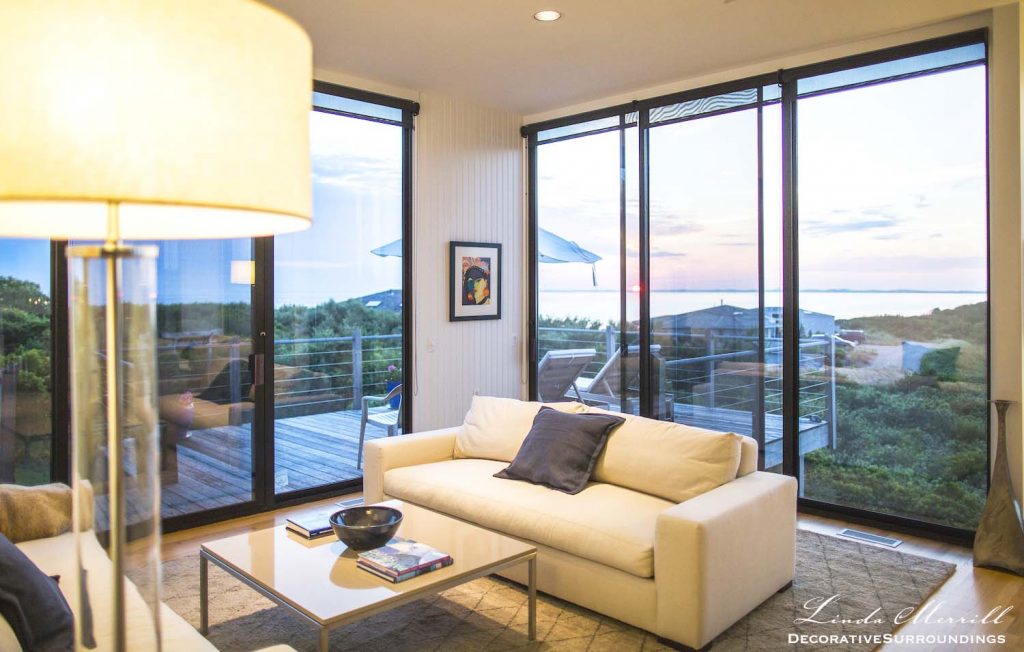 This was a modernist beach house – basically a white box with big windows. Because, after all, when you have this view, there’s no point in obscuring it. The main living room included two seating areas plus the dining area. We wanted to respect the views but also allow for tv viewing, conversation and enjoying the fireplace during the cold New England winter. 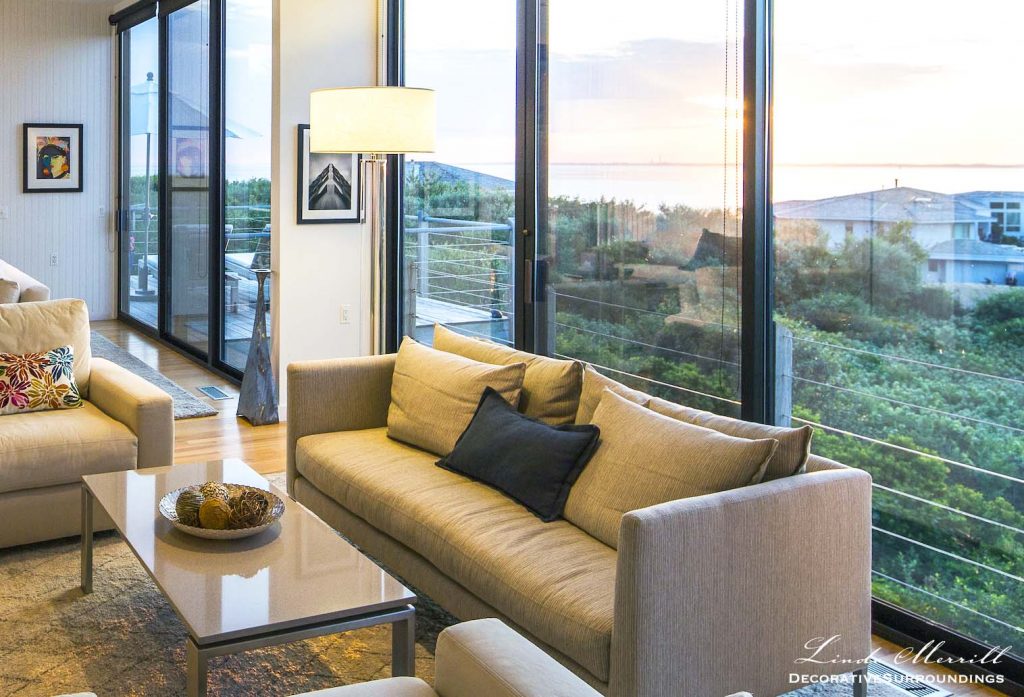 The palette included textural sandy beige colors, brilliant blues and cool stainless steel. The dining side wall had bead board as a nod to traditional Cape Cod beach houses, but the furnishings were all modern clean lines. 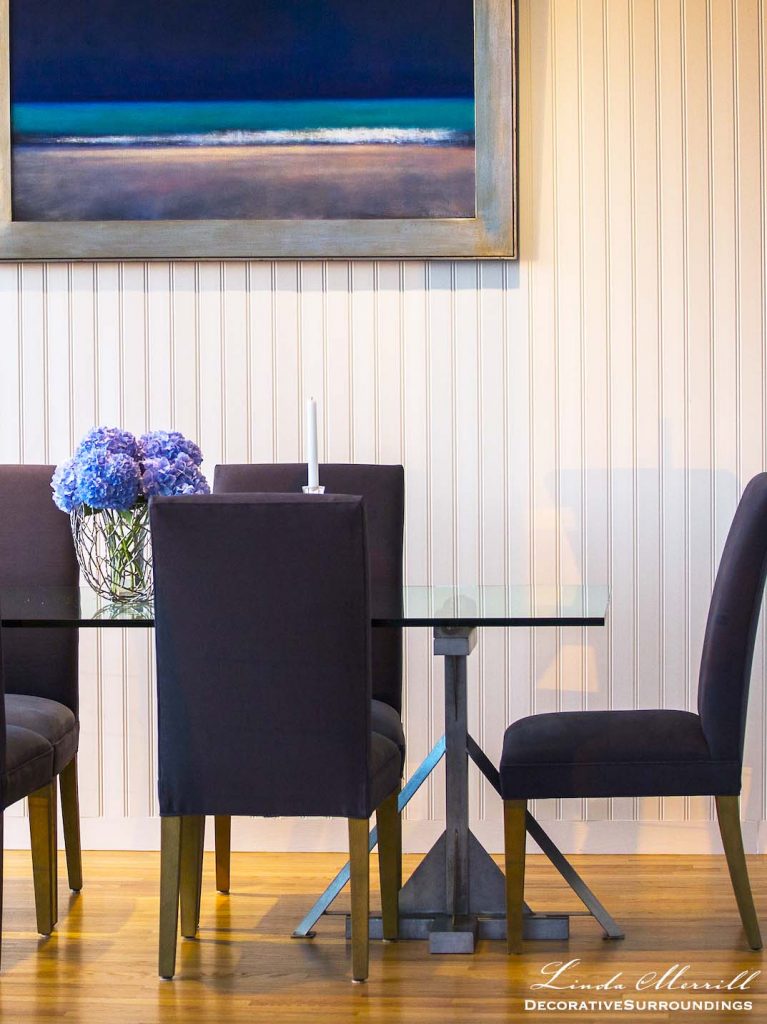 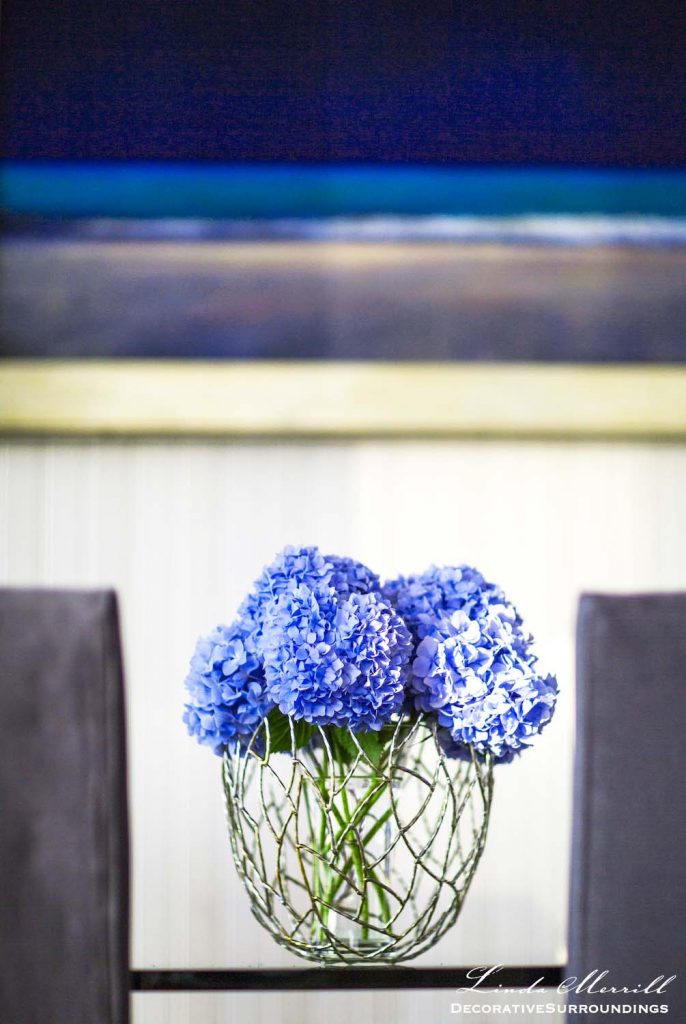 The bedrooms were all simple spaces with a mix of rustic and luxe finishes. 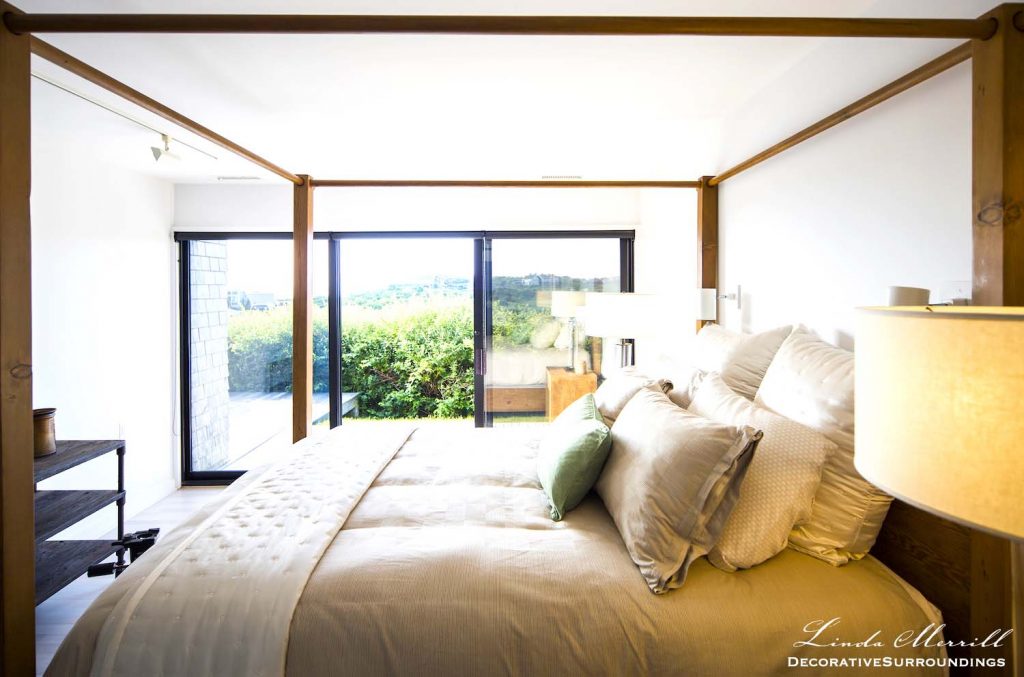 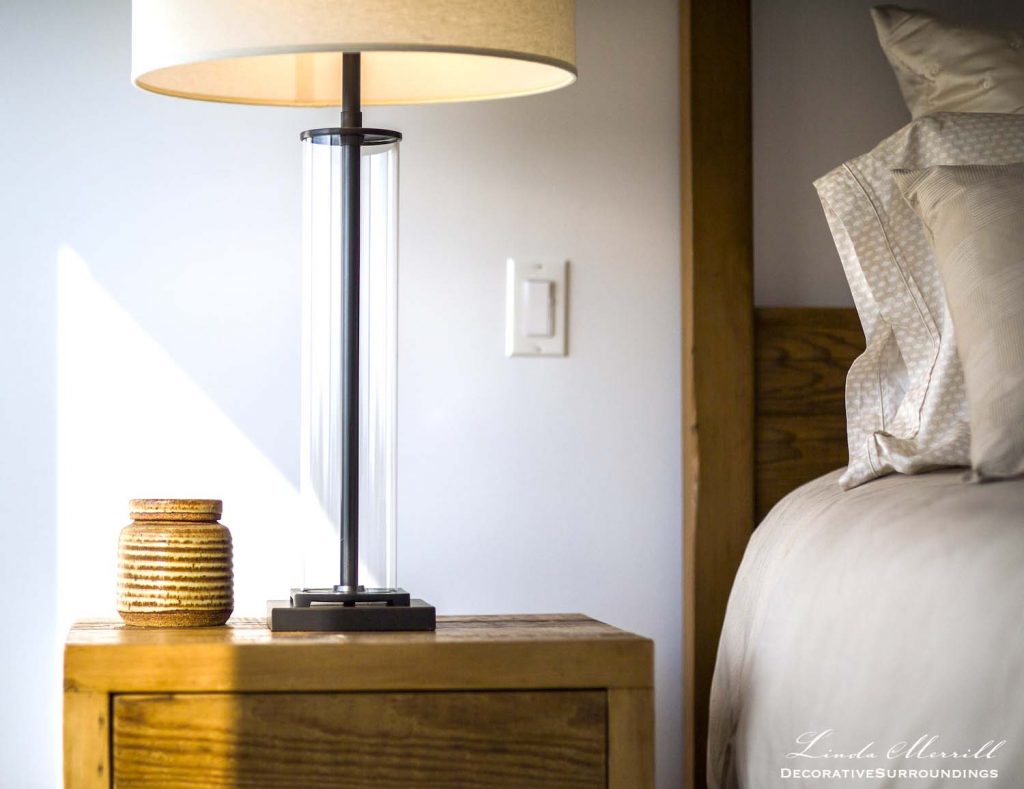 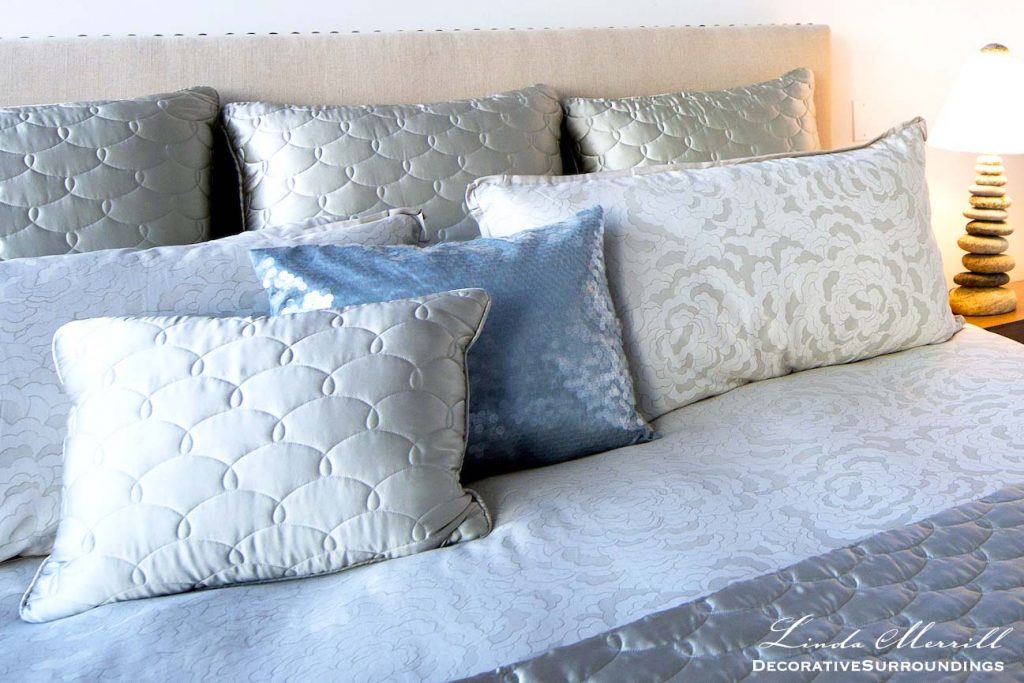 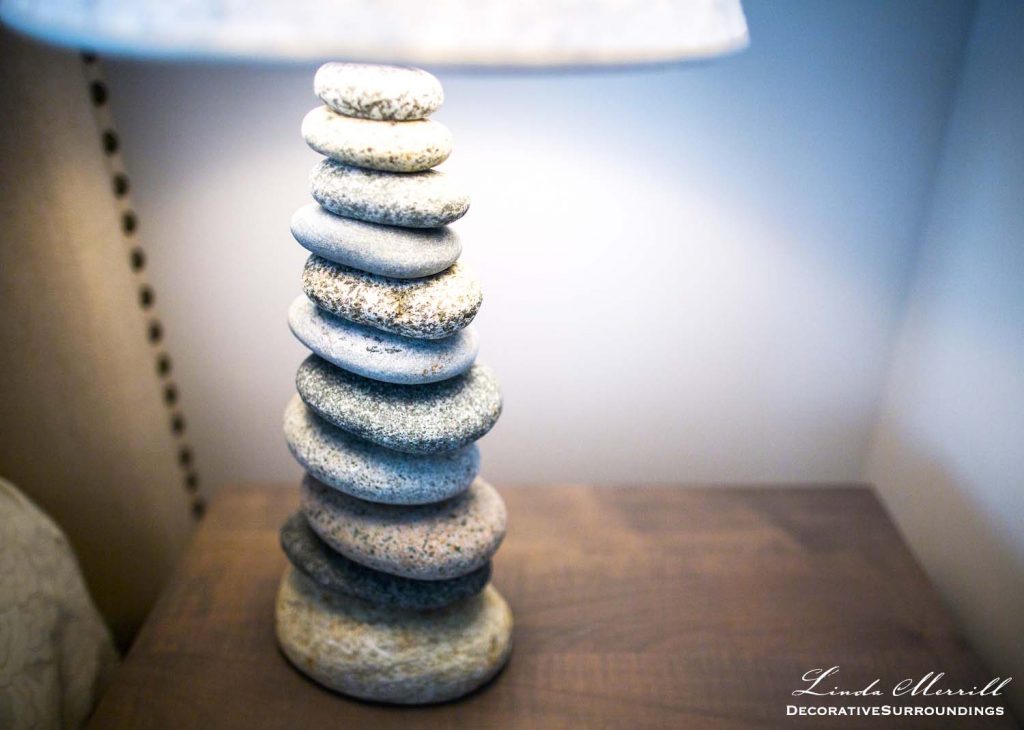 I didn’t design this outdoor shower, but wanted to include it because – who doesn’t want to take an outside shower down on the Cape? This space was the extension off the master bathroom. 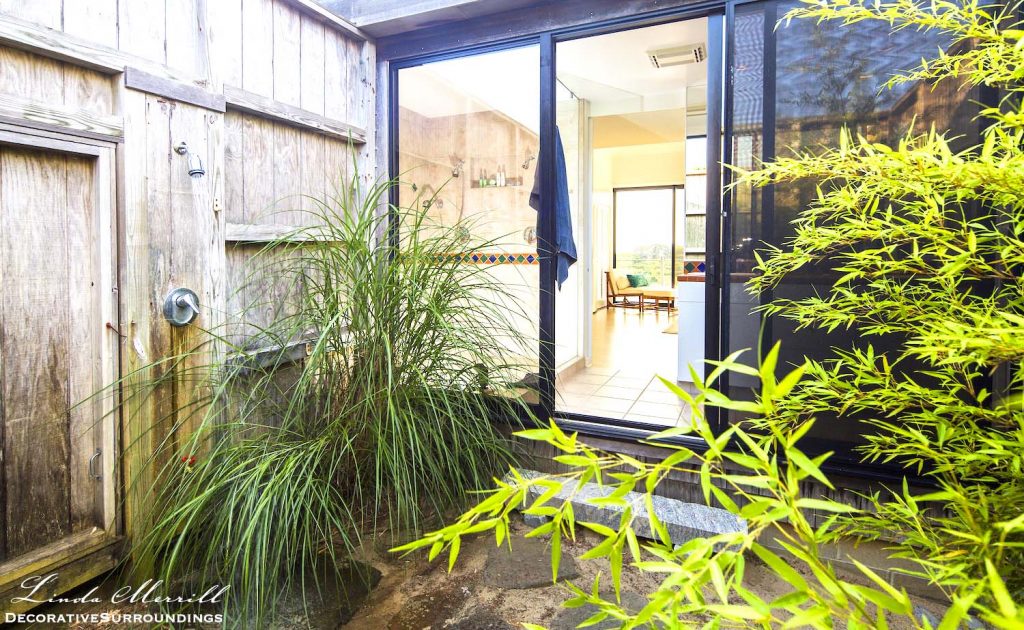 And, the spectacular view of sunset, which became the cover shot for the magazine… 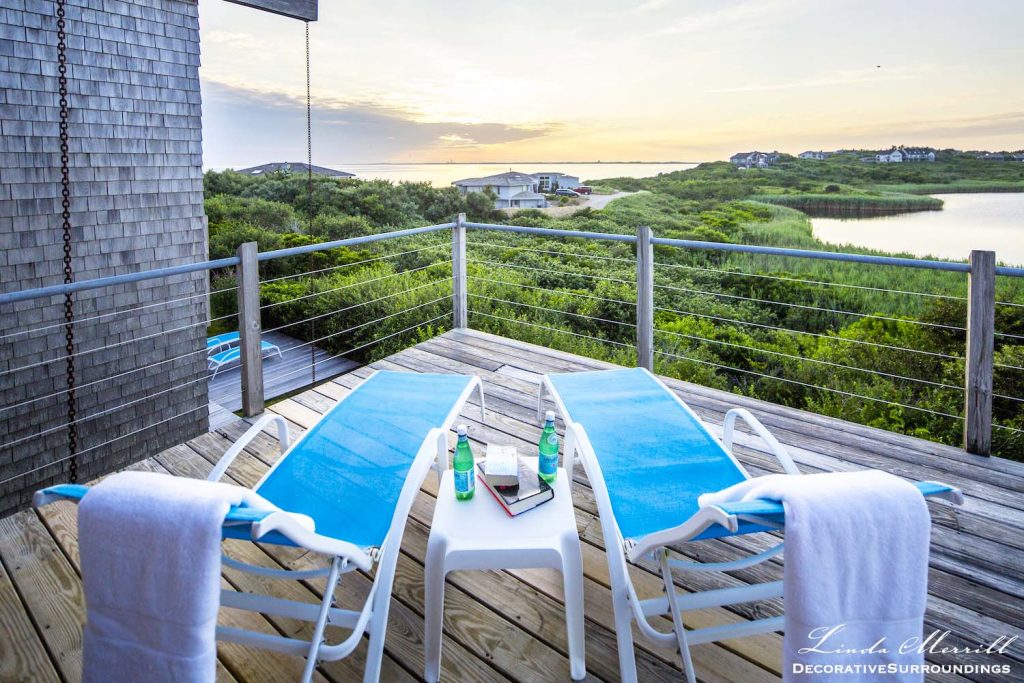 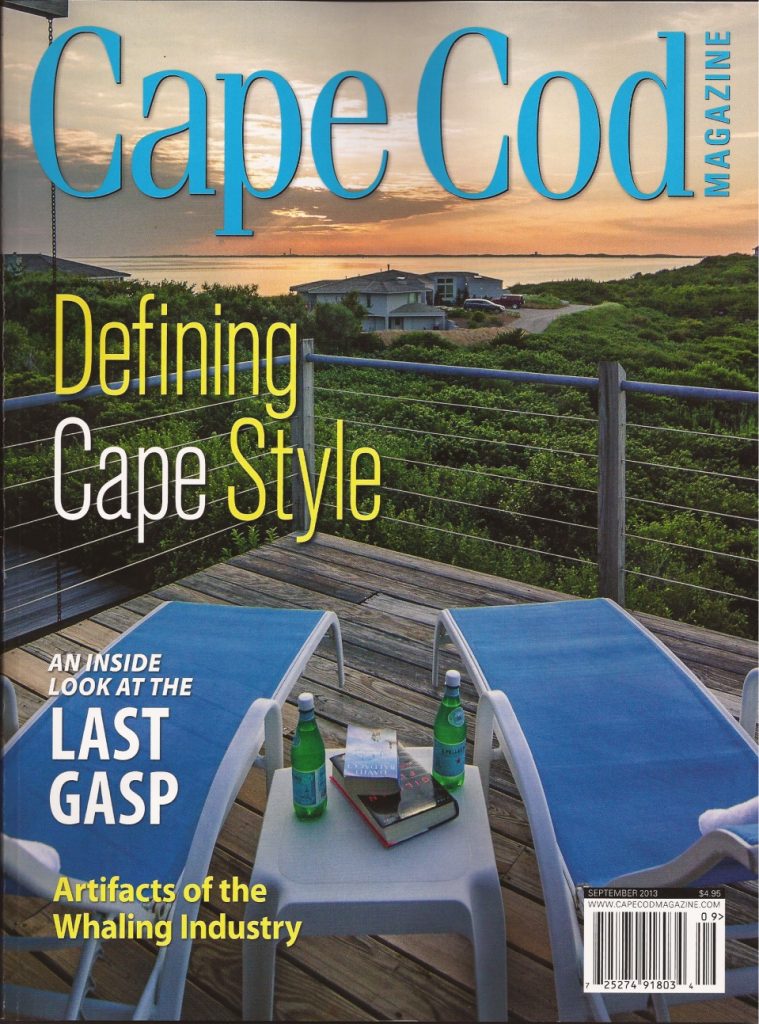 All photos © Paul Blackmore, except where noted.

Because these photos were shot for the magazine, I wasn’t given much choice in what shots were taken and no choice in what made it into the magazine. I was thrilled with the story however. I ran into the photographer this week at a party on Cape Cod and asked if he could send me the hi-res versions and he kindly did! Up until now I’ve been using images I scanned from the magazine and some that I took on my iPad.