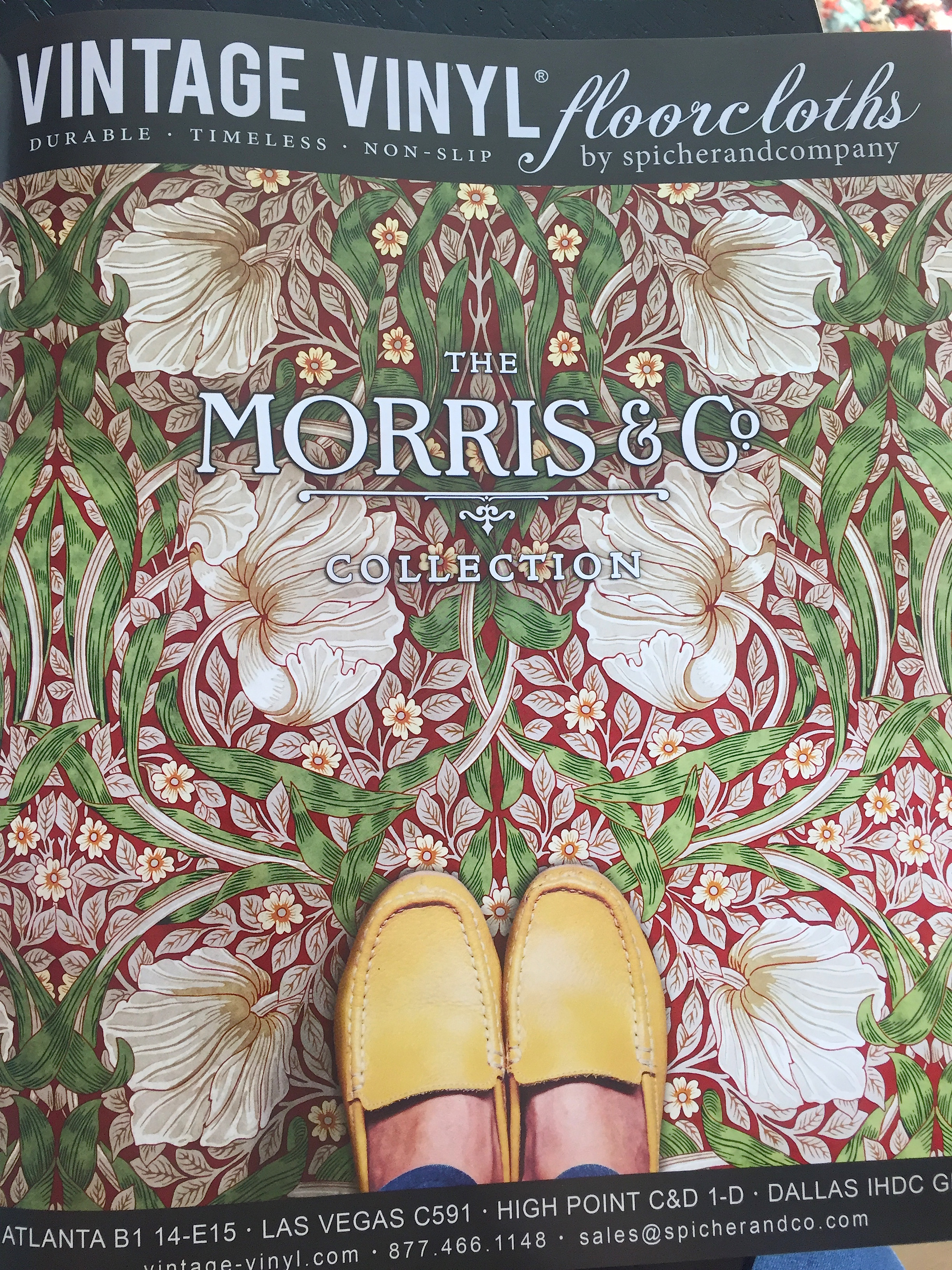 I’ve always loved floor cloths in historic interiors and was excited to see this ad (above) in a magazine for a new line of William Morris patterns on floor cloths from Spicher and Co.

Floorcloths came out of England in the 18th century and was made from painted and varnished cloth. They were used to mimic expensive carpets or parquet flooring (in the trompe l’oeil fashion) or used to cover and protect expensive carpets from regular wear and tear. In the mid-19th century, Englishman Frederick Walton invented linoleum which came in solid colors and was generally produced for wall-to-wall installations. By the end of the century, he was producing patterned linoleum area rugs. In the early 20th Century, Armstrong flooring produced both patterned linoleum and a newer product called Congoleum, which was a hybrid of asphalt and linoleum. The “Congo” referred to the country of origin for asphalt. Manufactured flooring evolved throughout the 20th century with the patterns available reflecting the style of the day. Most was wall-to-wall, but area rugs were still being produced.

As with many types of traditional decorative arts, they started with artisans, morphed into mass produced products and lost their “artistic” qualities and then eventually artists pick up the traditional craft again and re-introduce it to the public. Custom floorcloths became popular again with painters who found a new literal canvas for their art. A length of canvas is painted with gesso (paint mixed with glue) to create a stiff surface, then decorated and varnished to protect the surface. They are both beautiful and functional.  Here’s an article on Old House Online on the more complete history of the floor cloth.

Meanwhile, I am so in love with this mix of William Morris & Co. patterns on floor cloths from the Spicher and Company.

Have a great weekend!