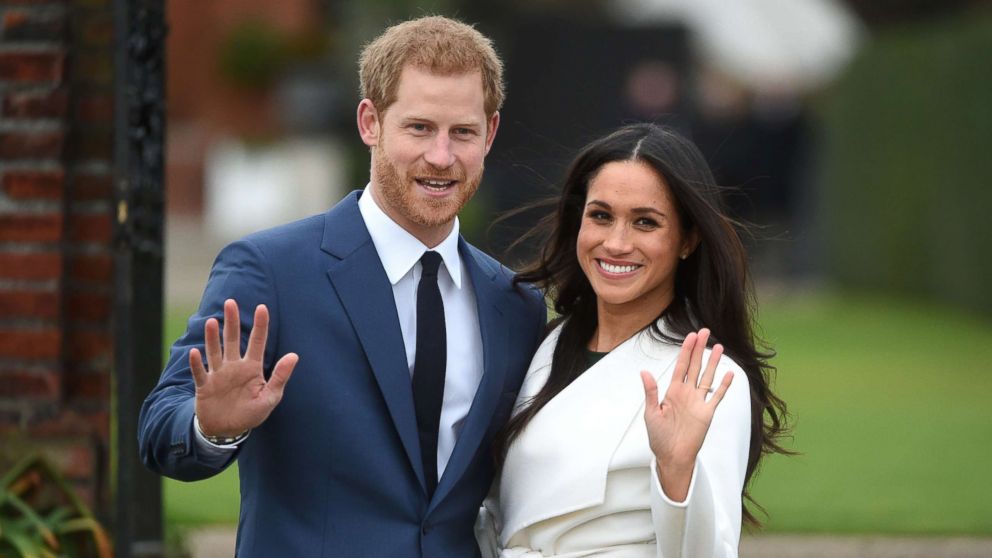 So, are you Team Royal Wedding or Team Why Does Anyone Care?  As a teenager, I woke up at an ungodly hour to watch Charles and Diana (and her 25-ft train) do the walk and it all seemed like such a fairy tale, until it wasn’t, of course. I watched again when Andrew and Fergie married (btw they still basically live together apparently, post-divorce).  In 2011, I repeated the early morning ritual with my Mom when William and Catherine were united as one. I am of course getting up tomorrow to see Harry and gangan tie their own knots.

It was just announced that Prince Charles will walk Meghan down the aisle in her father’s stead. I do feel badly for her for her family drama, but it’s not like the British Royals aren’t ground zero for family drama for the last millennia. In any event, the Brits do know something about putting on a show.

This is the Quire of St. George’s chapel which includes the altar.

The stained glass dates to the 15th century. The box on the left was built for Catherine of Aragon, King Henry VIII’s first wife.

Looking backwards, we can see through the door to the part of the church where most people will be seated in folding chairs. Not a great view of the ceremony itself!

Looking up – what an amazing ceiling and the flags of the Knights of the Garter, the oldest order of Chivalry. St. Georges is the historical home of the Knights. This is a view of the floor in the center of the quire. History! (I should have included St. George’s in my post on the influence of the Church in architecture).

The Sounds of the Royal Wedding

Other musical performers include a Boy Choir and Sheku Kanneh-Mason:

Sheku Kanneh-Mason – Winner of Briton’s Got Talent 2015. He is an amazing classical cellist and I really look forward to hearing what he’s performing during the ceremony.

A British Gospel choir, The Kingdom Choir, directed by Karen Gibson is also on the program. I listened to several videos and they are really amazing. This will be a new sound reverberating around the rafters of St. George’s.

Treats of the Royal Wedding

After the wedding dress, the biggest question is usually – what will the cake look like? After all, wedding cakes are brides in the form of flour and sugar. American Claire Ptak owner of Violet Cakes in London was selected to do the wedding cake. It has been announced that in a departure from the usual royal wedding fruit cake, the cake will be lemon and elderflower – which is apparently a specialty of the baker. So, who is Claire Ptak? 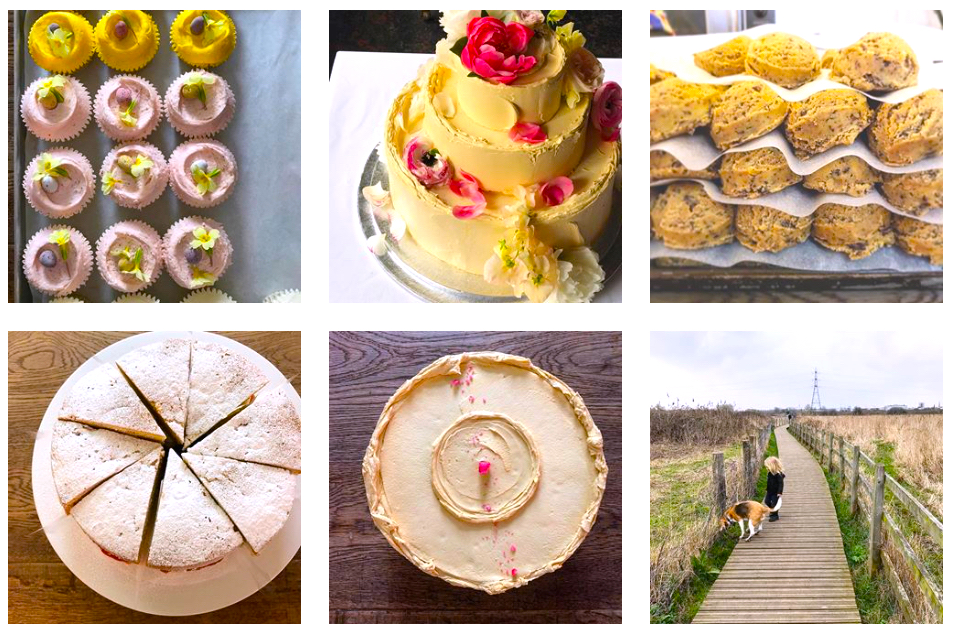 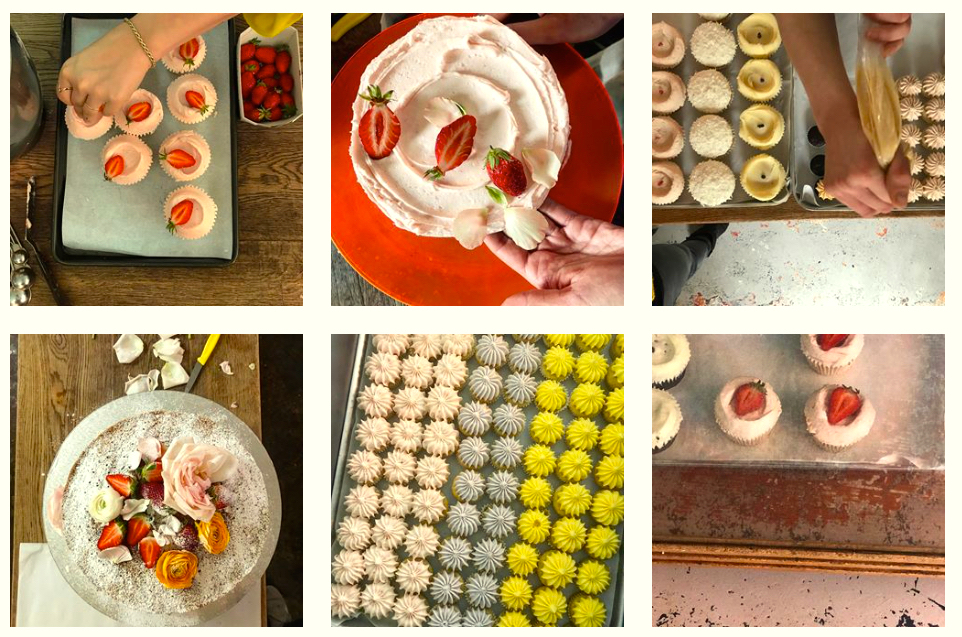 Well, I’ll say one thing, Claire Ptak is making my attempts to go low-sugar in my diet a lot harder today. So, thanks for that!

The “dress”, what the Queen will wear and what Catherine will wear are still big mysteries. I’m also looking forward to seeing all the little bridesmaids and page boys accompanying the wedding party. Meghan chose not to have a maid of honor as apparently she has a group of close girlfriends and she couldn’t choose just one.

But, one thing we do know – the hats will be spectacular – or odd , depending. 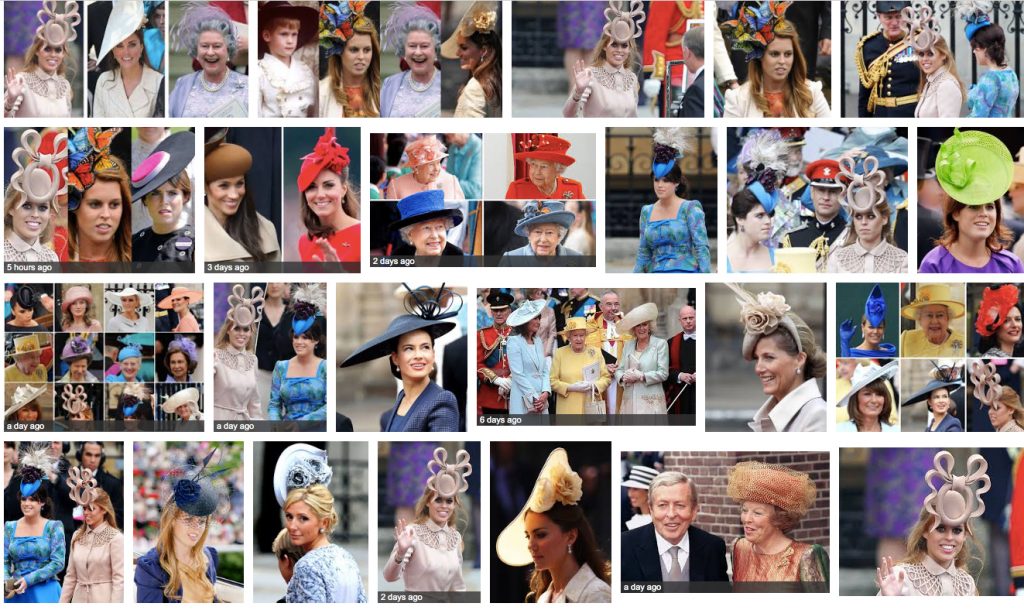 I’m going to go out on a limb that Princess Beatrice will likely not be wearing such a spectacle that she wore at William and Catherine’s wedding. Well, at least I hope not.

btw- I’m apparently not the only one who’s noticed that Meghan bears a bit of a resemblance to Pippa Middleton. After William and Catherine’s wedding, and Pippa became a minor celebrity due to her proximity to royalty and how she looked from behind in her white maid-of-honor dress. And there was a lot of  “shipping” Harry and Pippa as a couple.

Did you receive your royal invitation? 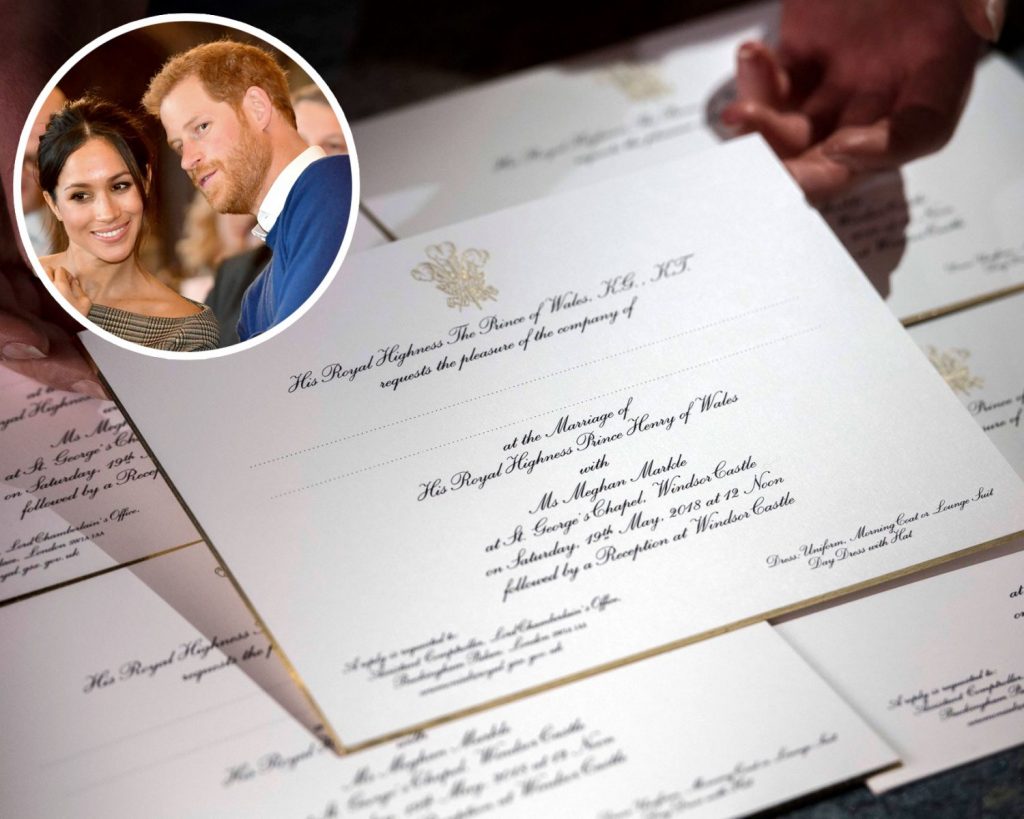 I’ll be sitting in my jammies watching from the comfort of my living room with my little page boy (aka RoyRoy), and possibly a scone or two. Hip Hip Hip Hooray!