Versailles: A Private Invitation with Text by Guillaume Picon and Photos by Francis Hammond 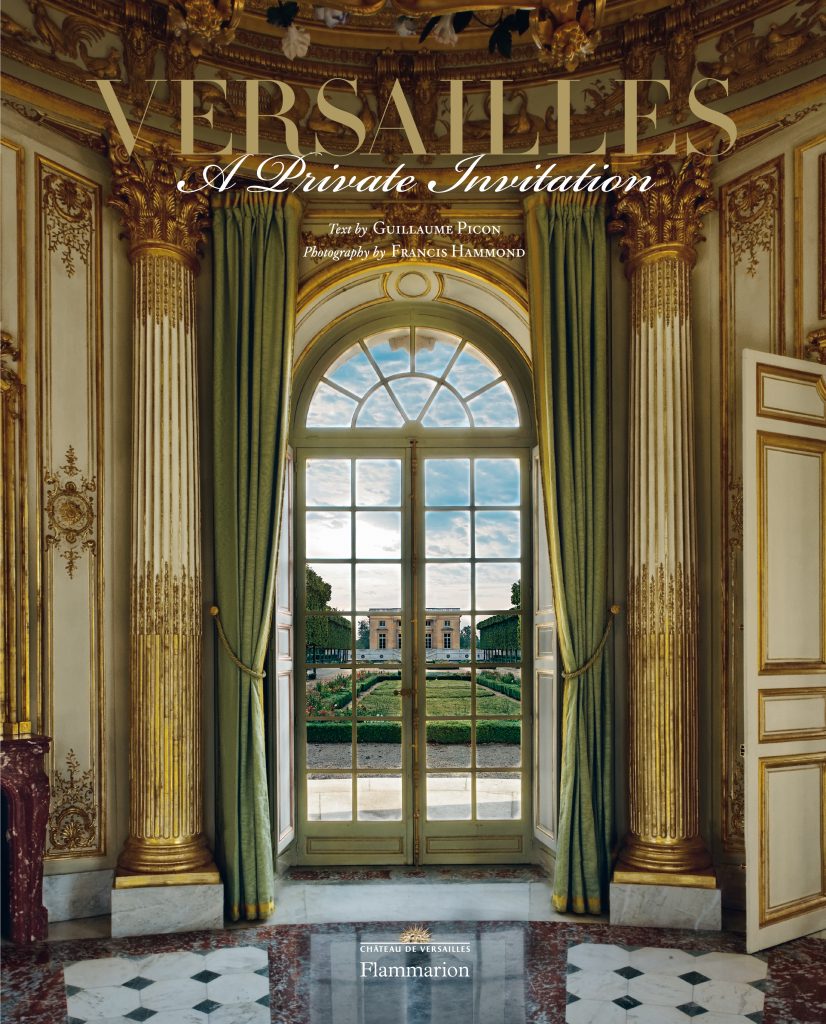 The new book from Flammarion called VERSAILLES: A Private Invitation by Guillaume Picon with photos by Francis Hammond is a gorgeous, beautiful and wonderful tome all about Versailles. I really can’t come up with enough adjectives. It’s spectacular. And huge  It’s got over 300 pages of big, beautiful photos and enough text to describe what we’re looking at. The author, Guillaume Picon, is a historian and a specialist on the Kings of France, which makes this book a nice cross between history and decorative arts.

A couple of weeks ago I wrote about the power of observation and how it drives me crazy that people walk around looking at things through viewfinders and not actually experiencing the moment. My recommendation is that if you’re planning on going to Versailles at any point, buy this book and study it. Then go there and look. Think about who walked those floors – from the Louis’ and Marie Antoinette to the day the Treaty of Versailles was signed. History!  Don’t take photos (okay, a few selfies in front of Marie Antoinette’s boudoir or the King’s Privy Chamber or out in the gardens are fun and fine). But a book like this, with such gorgeous photos is almost like being there in person. Maybe better – less crowds! 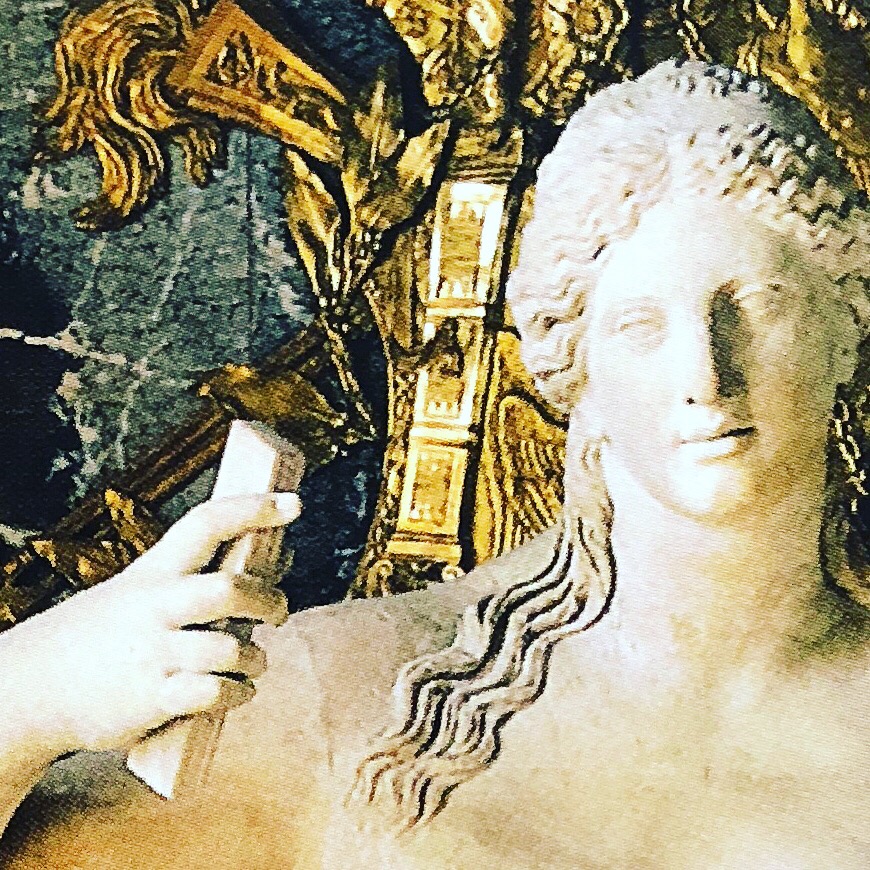 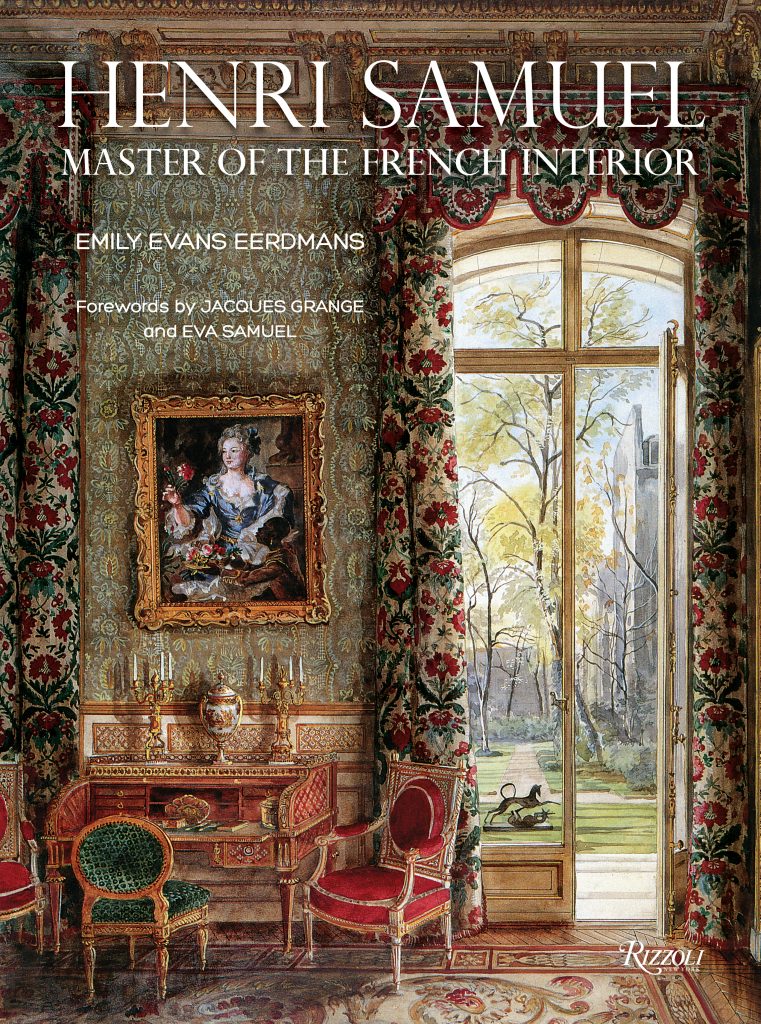 Staying in France, but coming into the 20th century, we have Henri Samuel: Master of the French Interiors written by Emily Evans Eerdman. Apparently, Mr. Samuel believed that the most successful interiors didn’t look like a decorator had been involved. Except, of course, his interiors are so much more beautiful than the average person, no matter how wealthy, could pull together for themselves.

Notably, his expertise on historical French decoration made him a go-to for museums like Versailles and the Metropolitan Museum of Art in NY, when they needed help with period rooms. His clientele included bold faced names such as Doris Duke, the Prince Sadruddin Aga Khan, Valentino and various Rothschilds.

One thing I want to note is that the photos made available for press use are not my favorites in the book. They are also not the same quality – the printed book is gorgeous and is filled with photography of Mr. Samuel’s rooms and who lived in them. There are also several very modern spaces a well. You can see many more photos here in Google images. 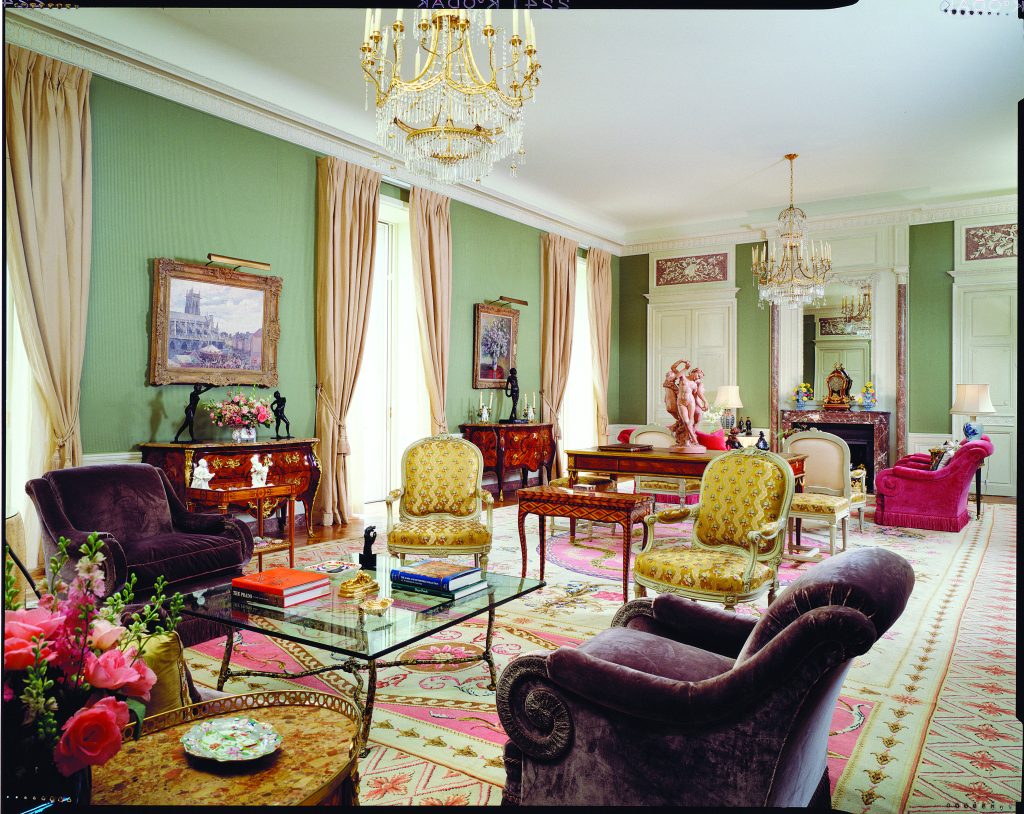 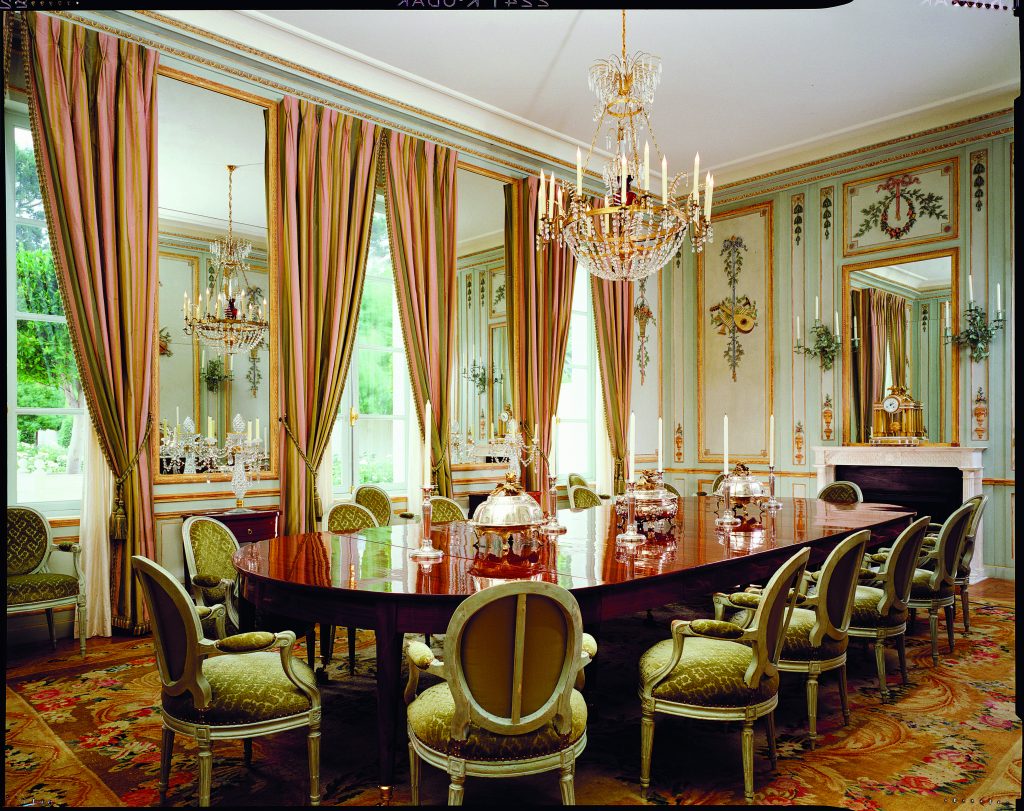 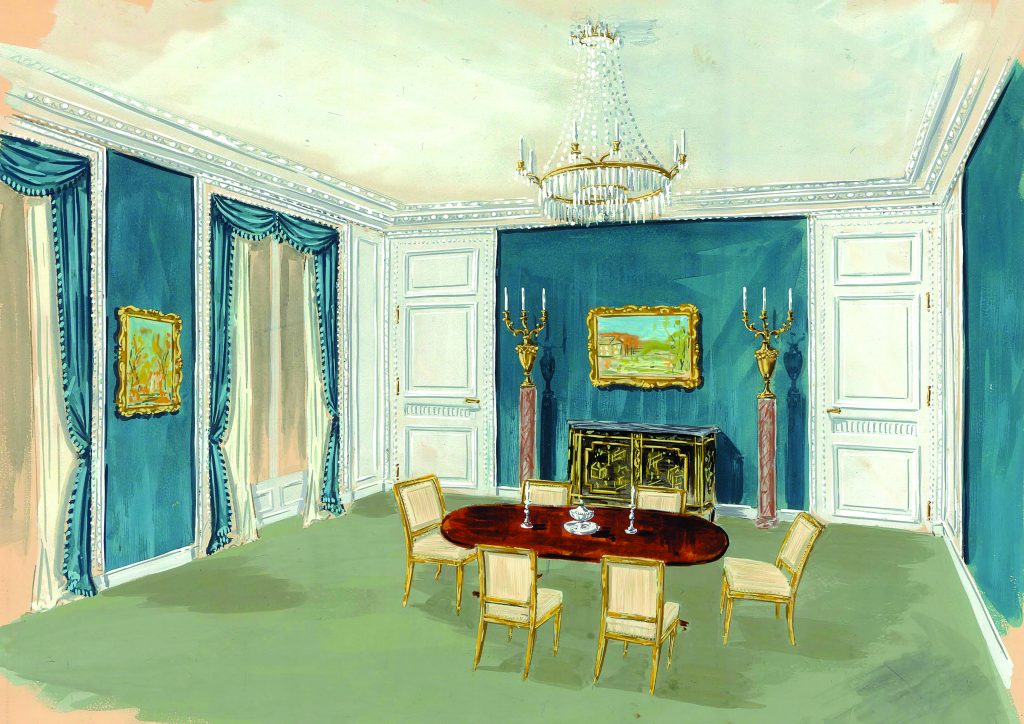 Henri Samuel was a dachshund Daddy!

I love, love this quote from Msr. Samuel:

“The decorator will always think of his art as a human art above all,

and that his efforts will create a setting of joy and love.” 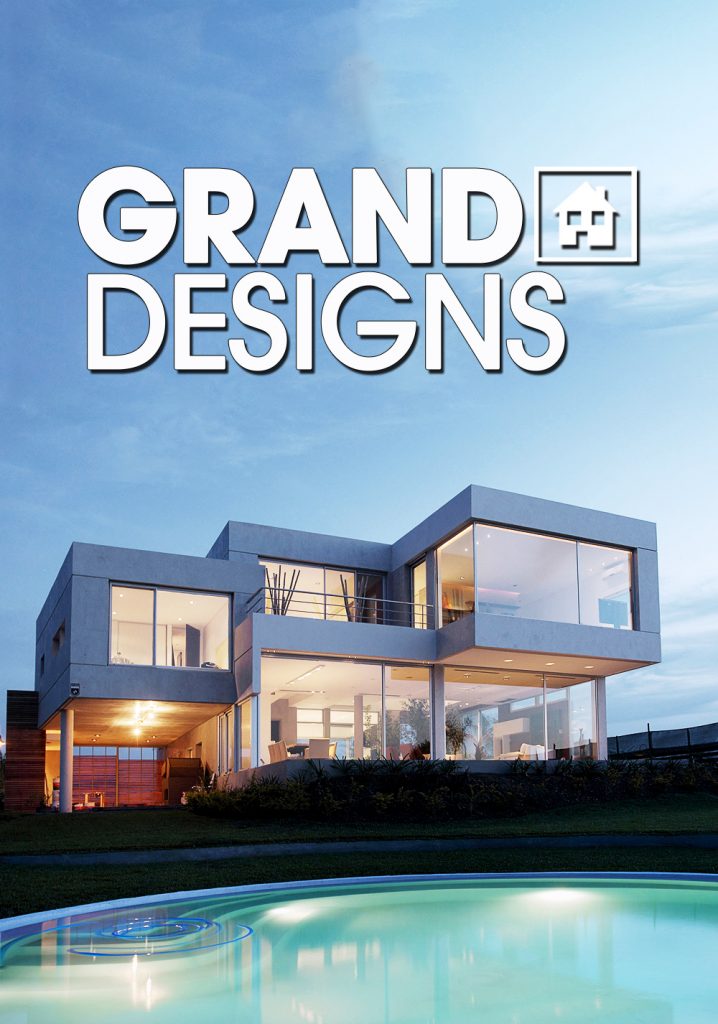 I’ve recently (meaning, just this week) been introduced to a UK tv show called Grand Designs. It actually started airing in 1999 so I’m shocked that I’m only just now learning about it. I’ve binged 9 or 10 episodes just this week!

The show has been running since 1999 and is hosted by Kevin McCloud. As described: “Presenter Kevin McCloud follows some of Britain’s most ambitious self-building projects, as intrepid individuals attempt to design and construct the home of their dreams.”

From what I’ve seen, each episode is done in a pretty strict format – a husband and wife have embarked on the ambitious project to design and build the home of their dreams. The houses are located all over the UK from rural locations, to London and to an air strip in Scotland. The show introduces the homeowners and sets up their story as to why they are building their own home and then follows along over the course of 2 or 3 years (depending on how many set-backs they suffered) through to the conclusion. We see bad mistakes along with lots of passion and grit. We see great ideas along with doubling and tripling of budgets.

If you think it’s expensive to hire a professional to do the job, wait until you hire an amateur.
~ Red Adair 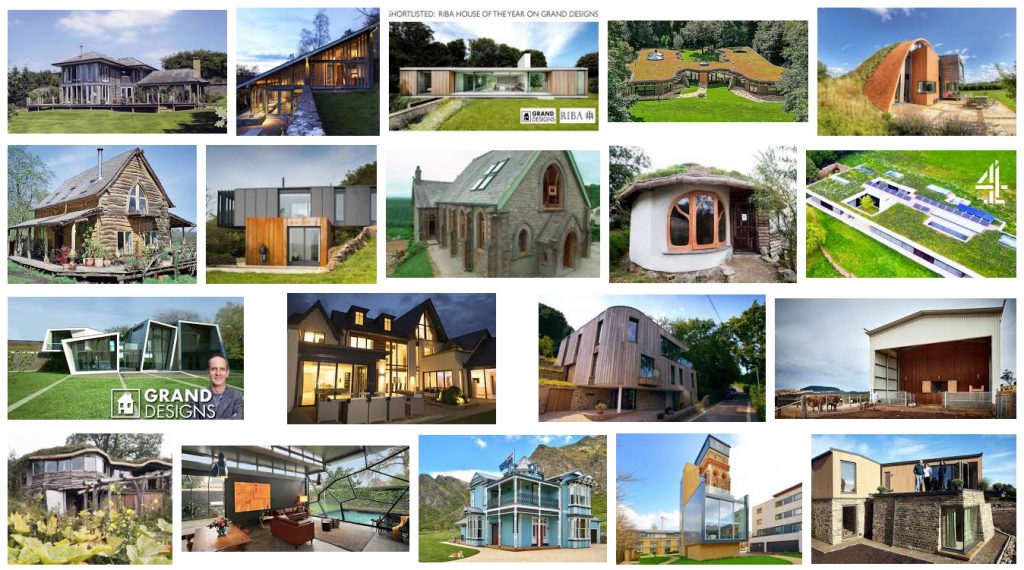 These people are amateurs – passionate, creative, visionary, lovable and at times kind of stupid. The episodes I’ve been watching start in 2008 during the economic recession that engulfed the world, it seems. Banks weren’t doing home loans and some of these folks folks seemed unlikely to qualify because of self-employment or other factors. They all had unreasonable (aka un-educated) expectations of how much things would cost – a fact which the host calls out on the regular.

This is one of the many aspects which sets this show apart from the usual American tv-show – even the venerable This Old House. Our shows never, ever talk money in a real sense. The real cost of things, the set backs, the nitty-gritty. 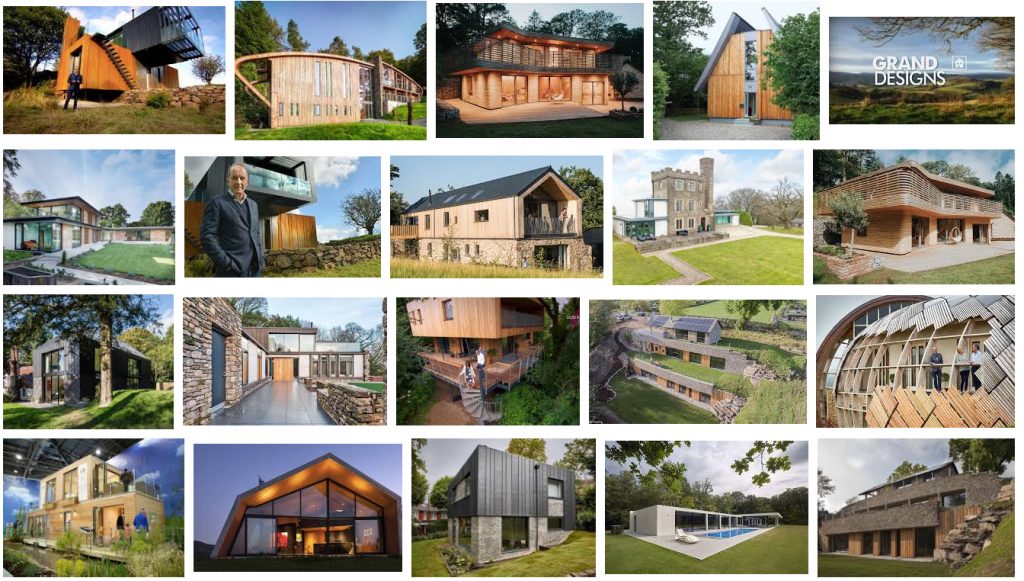 When costs mount up, these homeowners have sold businesses, fine art, borrowed money from parents and negotiated deals wherever they could. And given that it’s the UK, there is rain. Lots of rain.

One notable thing, which is a little bit of a negative, is that in the episodes I’ve seen so far, in all cases, the couple is a traditional husband and wife. And it’s the husband who is the driving force of the project. The wives work hard and are involved, of course. But not like the husbands. The husbands are the dreamers, they are the ones possessing the tunnel-vision, they are willing to risk all to get their homes built. These men have the hubris to think they can project manage something they’ve never done before, they can skip architectural drawings or professional costing experts. To their credit, none ever tries to blame anyone else, they put their heads down and figure it out. And, they seem to be successful.

That said,  I hope there are other episodes in the series with maybe single people, or “non-traditional” couples,  even friends banding together to build a communal house.  I’d also like to see a few women take the lead. In other words, a little narrative variation.

Anyway, in the US several seasons are available on Netflix and Amazon Prime Video . In the UK and maybe even the EU, you can view episodes on Channel 4. I highly recommend this series for summertime house binging!

2 thoughts on “Versailles and other Grand Designs”