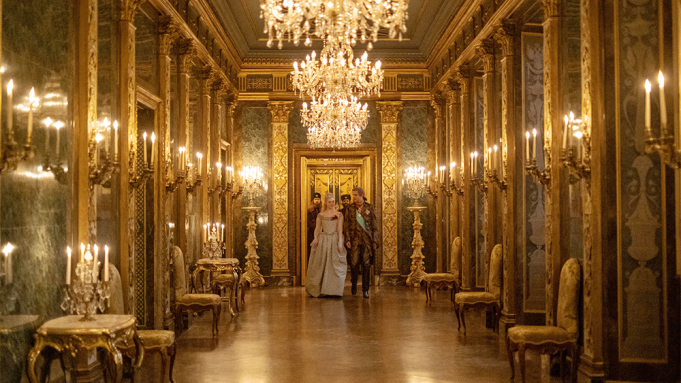 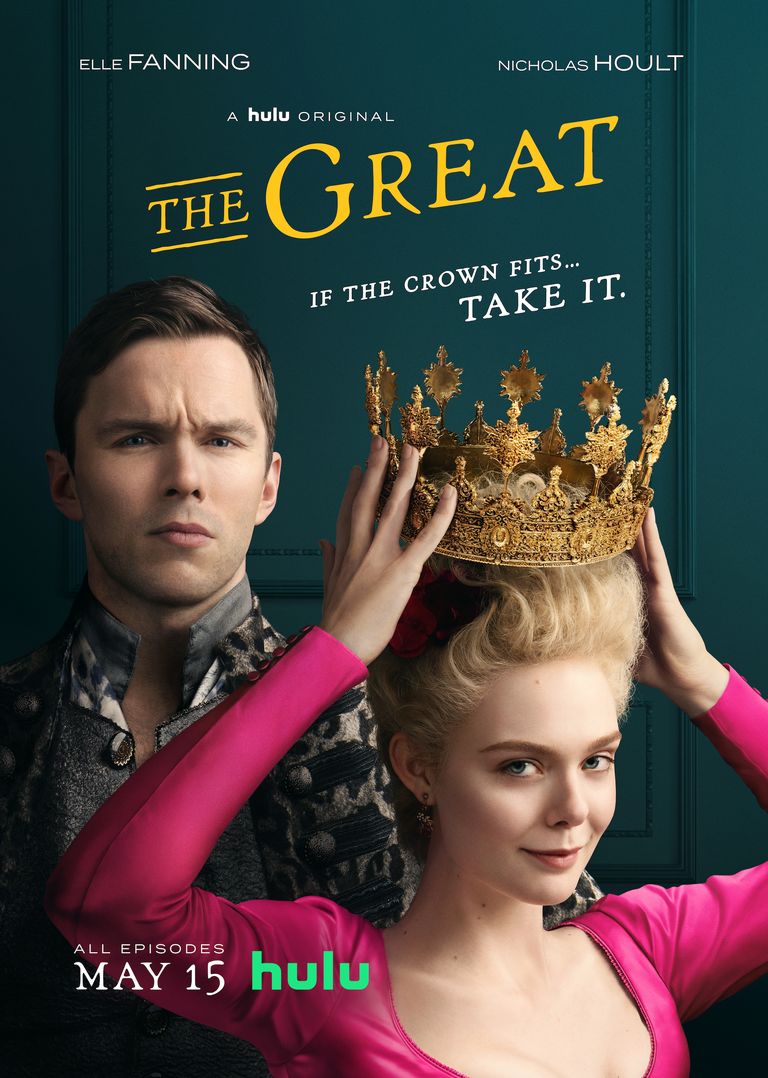 I just finished watching Season 1 of  The Great on Hulu. “Loosely” based (and I mean very loosely) on Catherine The Great of Russia, the series stars Elle Fanning as Catherine and Nicholas Hoult as Emperor Peter the not-so-great son of Peter the Great. The first season is 10 parts and episode titles include “And Your Sir Are No Peter the Great” “Moscow Mule” “A Pox on Hope” and “Meatballs at the Dacha”. The series is beautifully produced and acted and over the top to the extent that you will want to take it in bites, not binges.

“Over a decade ago, Australian playwright and filmmaker Tony McNamara, the Oscar-nominated co-writer of The Favourite, had an idea to write something about Catherine. He ended up penning a two-part play about her life for the Sydney Theatre Company” (from How Tony McNamara Spun History Into Story –  The Observer)

Production Designer Francesca di Mottola and Set Decorator Tanya Bowd have created some of the most incredible period sets I’ve seen – the detail, the sheer amount of “stuff” is truly a feat. They are reminiscent of the amazing sets in Sophia Coppola’s Marie Antoinette (2006). The two stories take place largely at the same time and it’s fun to compare the set designs of both productions as well as the actual historical locations.

The costumes by Emma Fryer  are equally as dazzling. You can view lots of great photos at Tom and Lorenzo.

Have you seen it? As I say above, I don’t think this is a show you’ll want to sit and watch for hours. It’s so visually stimulating that one gorgeous moment will start running in to the next. I would also say that it’s quite bawdy and disturbing at times, very irreverent and there’s a lot of physical abuse of pretty much anyone below the Emperor and also of small animals, and the occasional child. In other words, if you’re sensitive, be warned. And take it in small bites – no more than 2 episodes at a time so as to avoid overwhelm. But that said, it’s a real masterpiece of a production and acting is really fantastic.