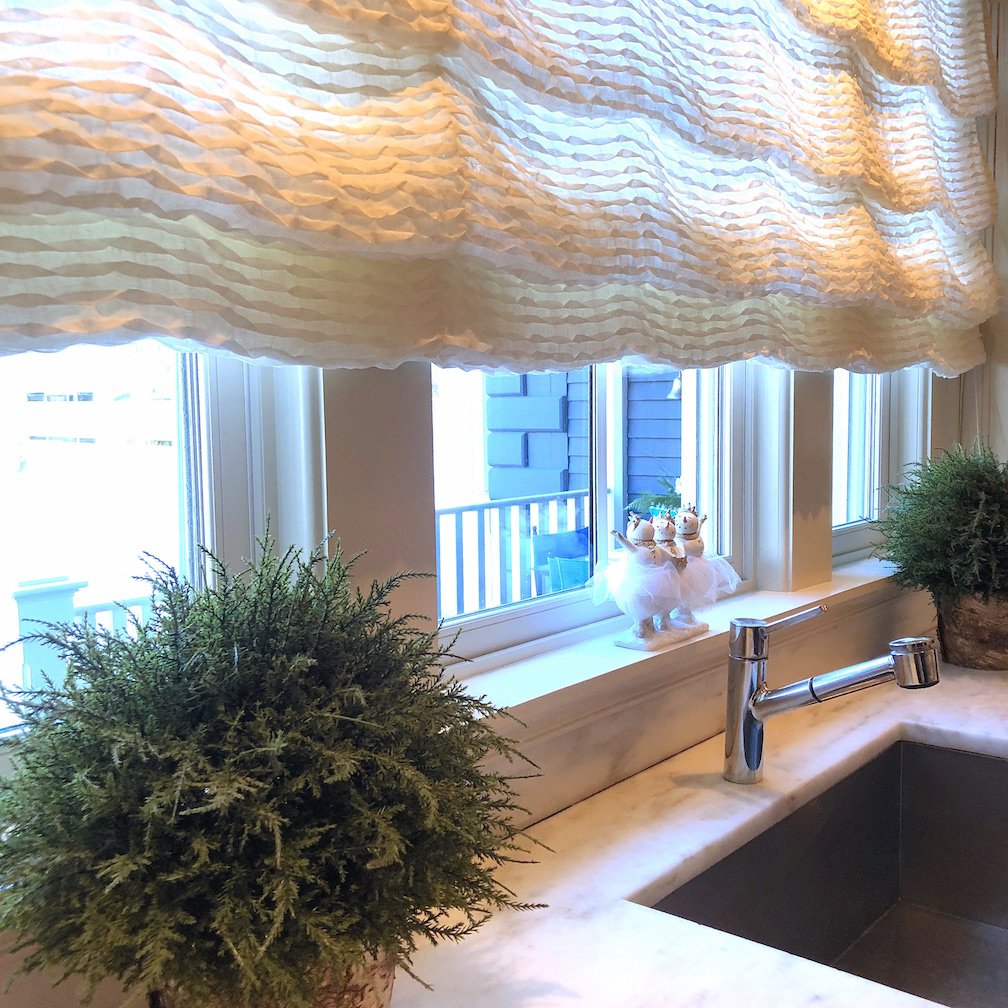 Okay, roman shades – in or out is a trick question. They are always in. Unless they’re out. Wait, what? Of course, I mean inside mount versus outside mount and which is the better option.  I was discussing this very thing with a client for her bedroom romans – should they be inside or outside?

My recommendation for this project is that the soft roman shades are outside mounted, below the ceiling and slightly wider than the window moldings.

Benefits of outside mount:

Benefits of inside mount:

In this Cape Cod project below, we did outside mount faux flat romans because there were no privacy issues. This room had a mix of double windows such as these and single windows. We did outside because these windows are too shallow to accommodate inside. I could have mounted these to ceilings, which would draw the eye up. But the top moldings are pretty and I felt that the highly contrasting colors required the top of the window to be visible as they’d look almost bottom-heavy without it.  It’s hard to describe – I just liked it visually! In this Boston South End brownstone formal living room we did drapery panels over embroidered sheer London style romans. The sheers were used to provide a little privacy since the street isn’t very wide and the neighbors across the street are fairly close. The drapery were blackout lined for fullness and since this room doubled as a periodic guest bedroom. When we started this project, the walnut moldings were covered in layers of white paint. They were painstakingly stripped and re-stained to their original glory – so why hide them? Also, the romans were pretty but also more utilitarian. The drama was in the silk mini-strip panels that were mounted to the ceilings on dramatic rods. We also did inside mount London style romans on the opposite room. Again, the moldings needed to take center stage and because the windows were large and the ceilings tall though the rooms are relatively small. This cute inside mount roman shade below has a casual linen/burlap feeling with a little tape trim to punctuate the style. Inside mount works because of the casual nature of the design. How amazing is this outside mount roman made with a sheer fabric with horizontal ruffley pleat? This could only be outside mount because this exuberant design cannot be confined! I wish I had a better photo of this treatment. This kitchen and adjacent pantry closet featured inside mount flat romans. These maybe woven woods versus a fabric, it’s hard to tell in my photos. I wonder if they considered mounting these up to just under the top molding (like I did with my Cape Cod project above) because the diamond mullions in the windows are so beautiful and flat molding is plain. That said, it may not have been able to be done due to the corner placement. And finally, I’ll always love a sheer treatment. The adjacent dining room had these inside mount relaxed romans that are so sweet and feminine. Given the height of the ceilings, outside mount wouldn’t have made sense for a sheer shade. An opaque fabric shade mounted to the ceiling would have resulted in a much more formal feel. So, what do you think? Roman shades – in or out? 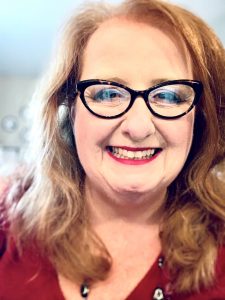 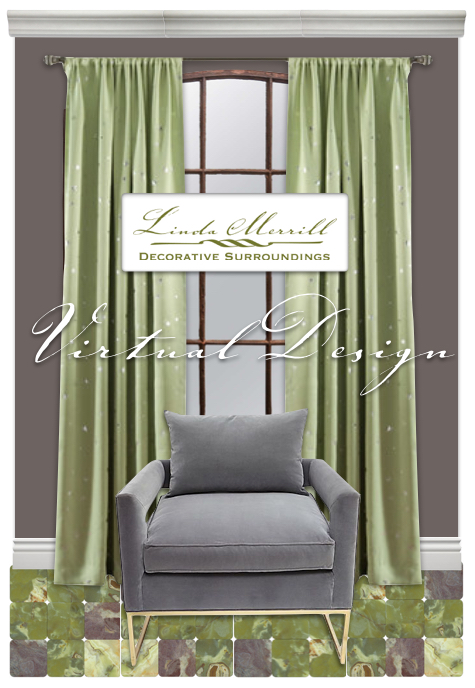 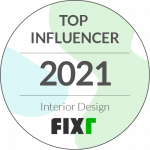 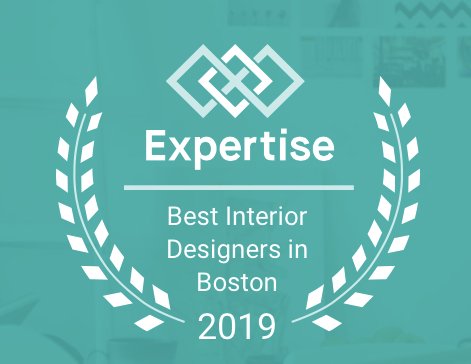