Back between 2013-2015 I started designing my own dream house which I blogged about (and have since deleted). I had a vision, but it never really got fleshed out as well as I liked and I eventually pooped out on the process because it wasn’t really speaking to me. A couple of years ago a friend gave me a quick pick lottery ticket for Christmas – the kind that’s good for three months. The jackpots were all in the $300-400 Million range – so I had three months of fantasizing about what I would do if I won it big! In addition to planning the music non-profit that would provide financial and coaching support to talented music students on a national scale (that’s a whole other story!) I started designing my dream home in my head. 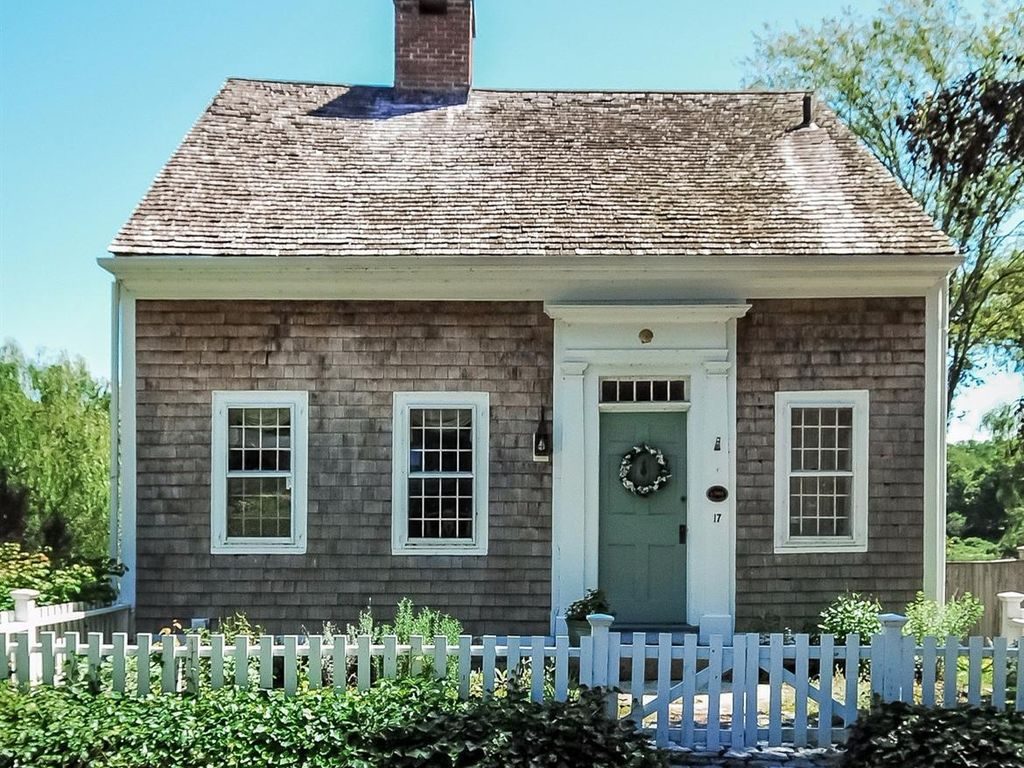 I knew I wanted a Cape Cod style home. I’m a New England girl. I spent summers on Cape Cod at my Grandparents and my parents lived there for 30 years. 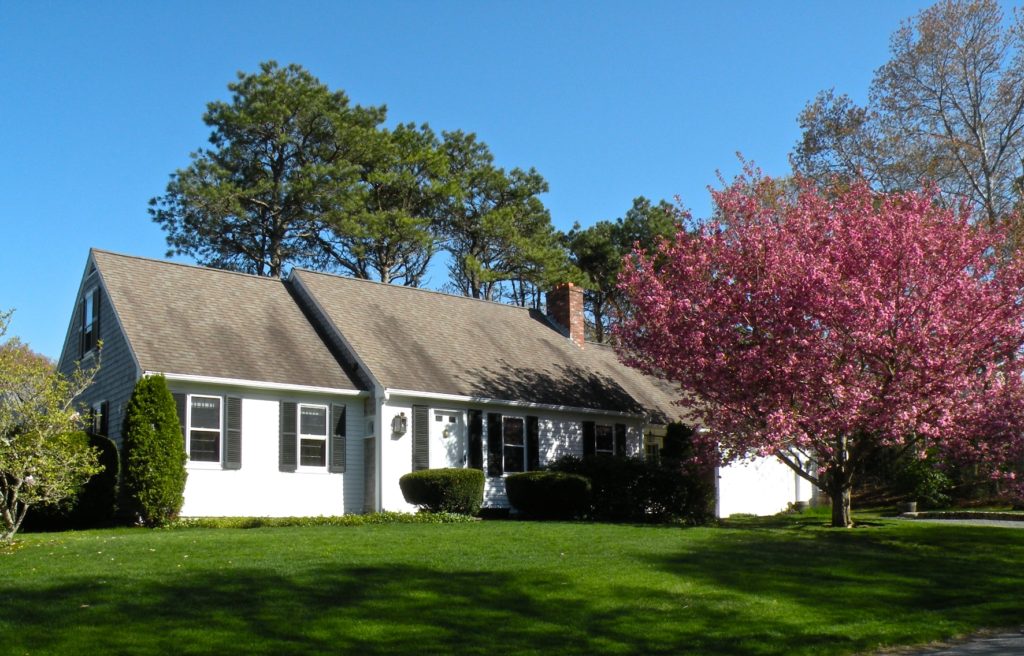 But I also wanted a house with a courtyard in the back – somethings I’ve always dreamed about. So, while I was waiting for my big lottery bucks to come in (still waiting… ahem) I started really planning what I’d create should money be absolutely no obstacle. Firstly, I’d bring in a great architect. I was dreaming about Steve Giannetti whose work I adore. While he’s a California designer, I think he’s originally from the east coast and can do east coast traditional really beautifully.

I knew I wanted a house that would be great as a main home but also be a wonderful entertaining space. I don’t really dream of owning multiple homes around the world – I’d rather have one great home and stay in amazing hotels when I travel.

A big design influence is the Suffern NY home of the late great David Easton who I spoke with on my podcast The Skirted Roundtable.

This was a new home built to fit in with an existing antique cottage – and it’s just so gorgeous isn’t it? It has the courtyard feeling I’ve always loved, though this is technically the front of the house.

Other inspiration images included these for the back yard/courtyard feeling I’m looking for: 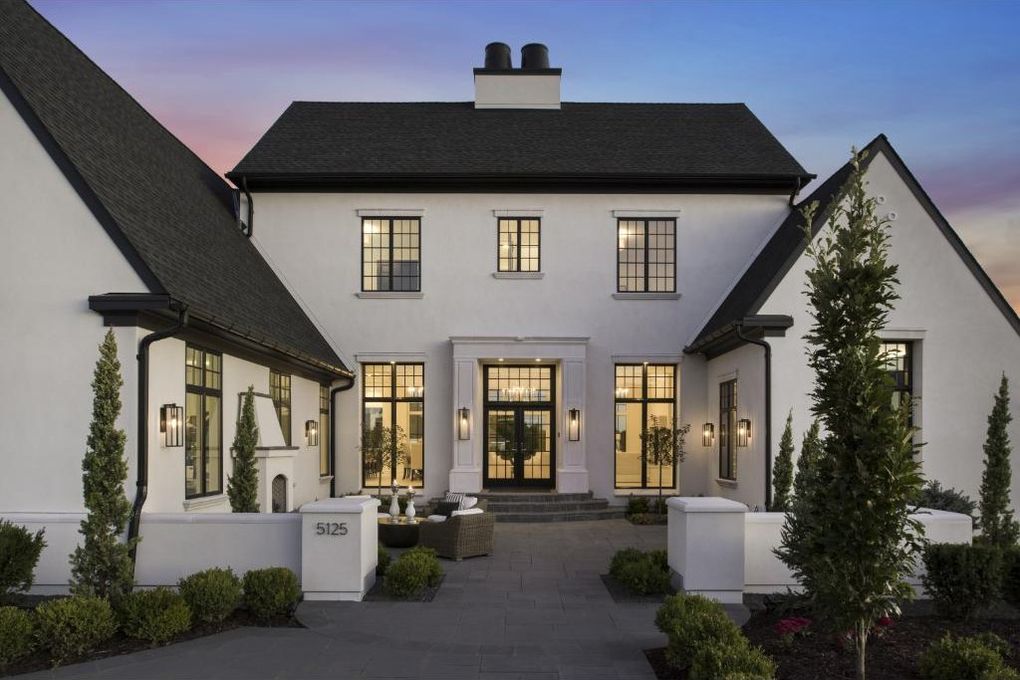 This is obviously the front yard in the above image, but it’s so cozy and welcoming, isn’t it?

Mind you, all of this was just in my head. I started adding to my Dream House Pinterest board that I’d originally begun with Dream House 1.0 and it morphed into big lottery winnings Dream Home 2019. There’s still a lot of overlap as my style hasn’t changed that much.

So, fast forward to a couple of weeks ago when a friend posted this question on Facebook: You just won $100M in the lottery. Assuming you’d also do something charitable, what would you do just for you? Hmm…

It’s not small. I always say how much I love a small home, but I’m ending up with a pretty big house. This is why hiring an architect would be my first move. I think they’d be able to squeeze this down a bit while still retaining all features I want. Also, and very importantly, the location and topography would most definitely influence the design and siting of the house. I haven’t selected a town to live in.  It would be coastal Massachusetts but not Nantucket, Martha’s Vineyard or Cape Cod. While lovely areas obviously, this would be my only home so I’d want it to be easily accessible to friends and family and Boston. I also wouldn’t want direct ocean front but an ocean or water view would be great!

My plan is for the house to look fairly unassuming from the front and open up in a surprising fashion. I also want one-story living as A) I’m not getting any younger and B) I have a small dachshund whose not allowed to do stairs to protect her back, so I’d be carrying her everywhere and C)refer back to A.

Swinging around to the left side: the front part of the house are the formal living and dining rooms. There is an ell extending out the back which is the “Owner’s Wing”. Yes, I have my own wing, which is larger than Nook Cottage! One of my favorite features is the private patio (behind the green wall) which will feature an outdoor shower and hot tub, plus a sitting area.

The right side of the home has the two-car garage and mudroom in the front and the guest wing in the ell extension, which includes two bedrooms and a bathroom.

And those two ells create my much dreamed of courtyard! The two ell wings feature hallways with sliders that open to the deck and the bedrooms/bathrooms are off those hallways. In order to maintain privacy/quiet in the bedrooms, there is no direct access or windows overlooking the deck.

Off the deck/courtyard will be a pool and a small pool house, which will be a mini version of the main central part of the home. This is not fleshed out at all and will likely change a lot when I get to it.

The main central portion of the house has the kitchen, casual dining overlooking the deck, and a comfy seating area for tv watching, front hall, a powder room and a small office. It’s not an open floorplan, which can be very restricting (see my thoughts here) but it’s not a lot of small rooms either like a traditional Cape Cod style home.

Here’s the current floorplan below. Note that the furniture layouts aren’t set in stone and some interior walls might be moved a bit. But it’s substantially complete because I wanted the footprint, rooflines, windows to be decided on before posting.

The Dream Home 2021 is over 4000 sq. ft. Oops. I really do love a small home! I want to point out again – I am not an architect or builder – so there are likely some issues with my plan that would have to be dealt with. If you see anything – let me know but be kind! Also, I’m using Home Designer Architectural Pro from Chief Architect to design and render the home. There are things I don’t know how to do, or didn’t do correctly when setting this up. I never have to “build houses” for clients in a rendering software, so there are lots of things I don’t need to know how to do. So, full disclosure, some things might be a tad wonky.

My goal for this series is to starting working my way through the interior design of the home. One room or space at a time.

Next up will be the final layouts of the bathrooms and kitchen. There are 2 full baths with shower only (no tubs) and one powder room. The kitchen is long and narrow. I’m not a big-time cook, but I love to entertain and if I did win millions, I’d be hiring a personal chef.

… and a live-in puppy au pair when needed.

Hey, a girl can dream!

So, I hope you’ll stick with me on this new fantasy adventure! Pin for future reference! 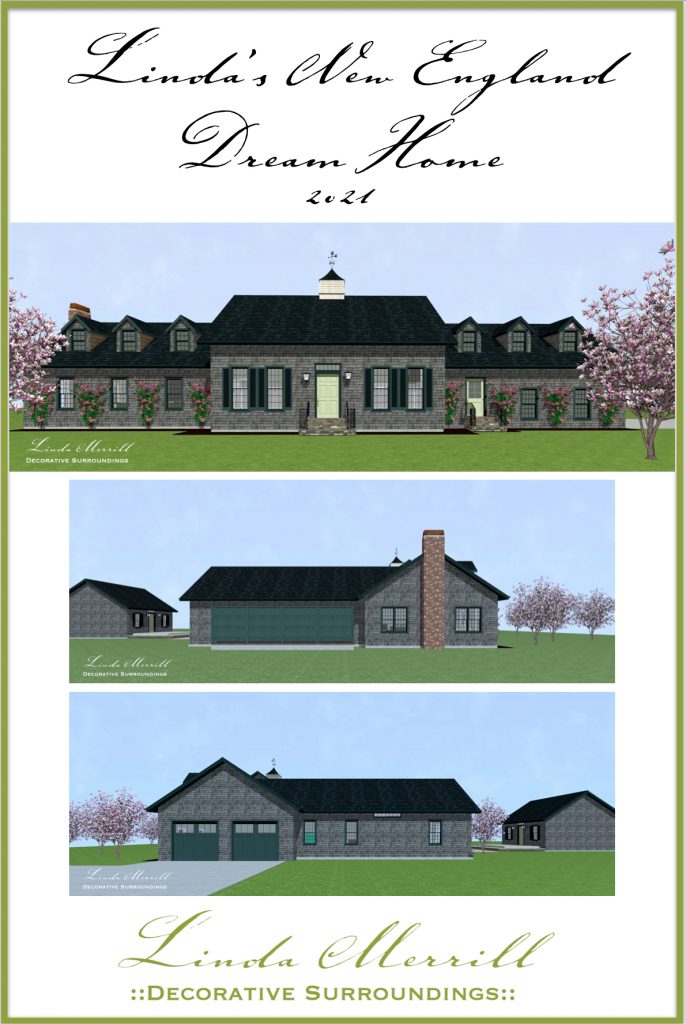