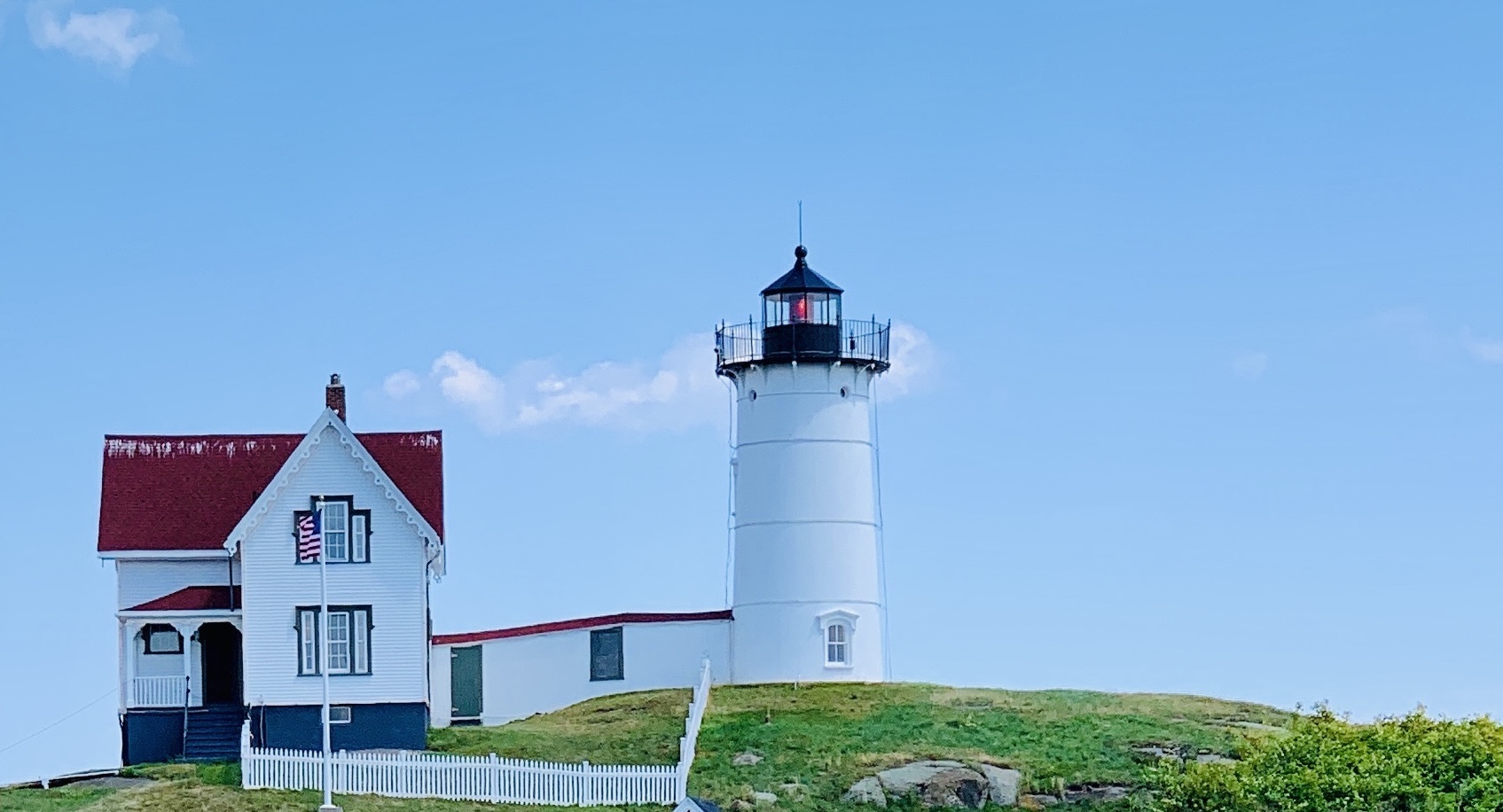 Last weekend I took a much needed few days for a coastal getaway up the Massachusetts/New Hampshire and Maine coast. I was attending the Newburyport Kitchen Tour and decided to go up a couple days early. I stayed at The Garrison Inn in Newburyport – a chic boutique hotel I wrote about here. I’d stayed here several years ago and it had since been renovated so I was itching to get back there. 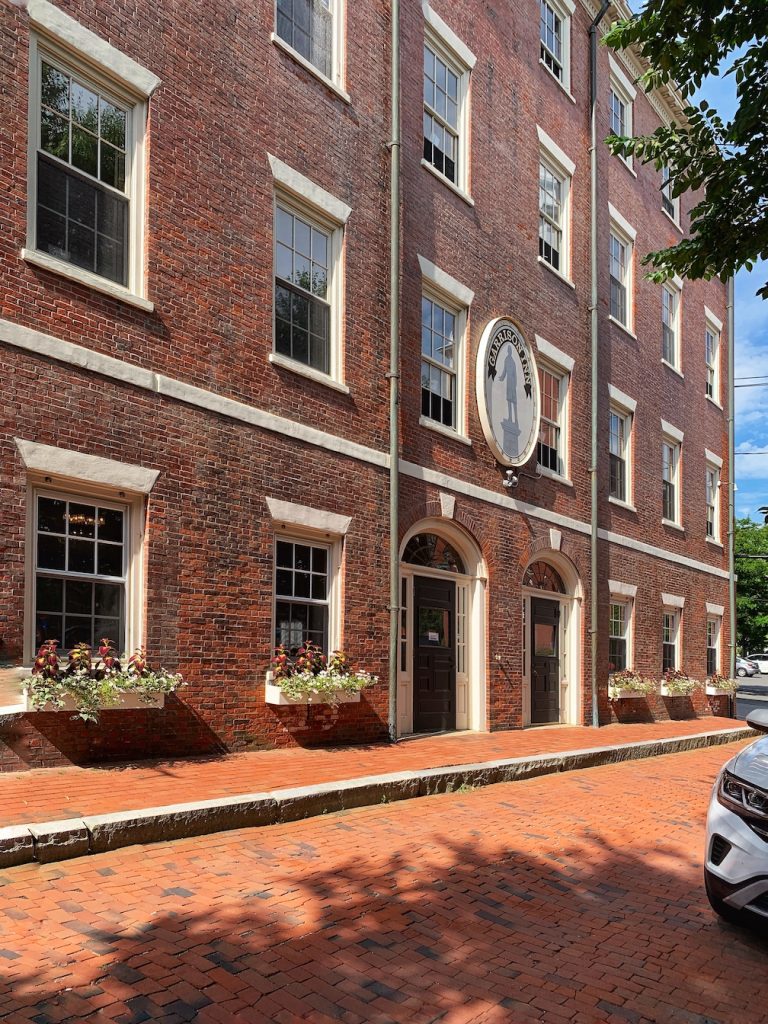 The Garrison Inn, built in 1809, is named after Newburyport’s own William Lloyd Garrison, well known abolitionist, is situated in Brown Square near the center of town. I don’t know if the brick sidewalks and driveway are original but they feel it with their undulating placement. 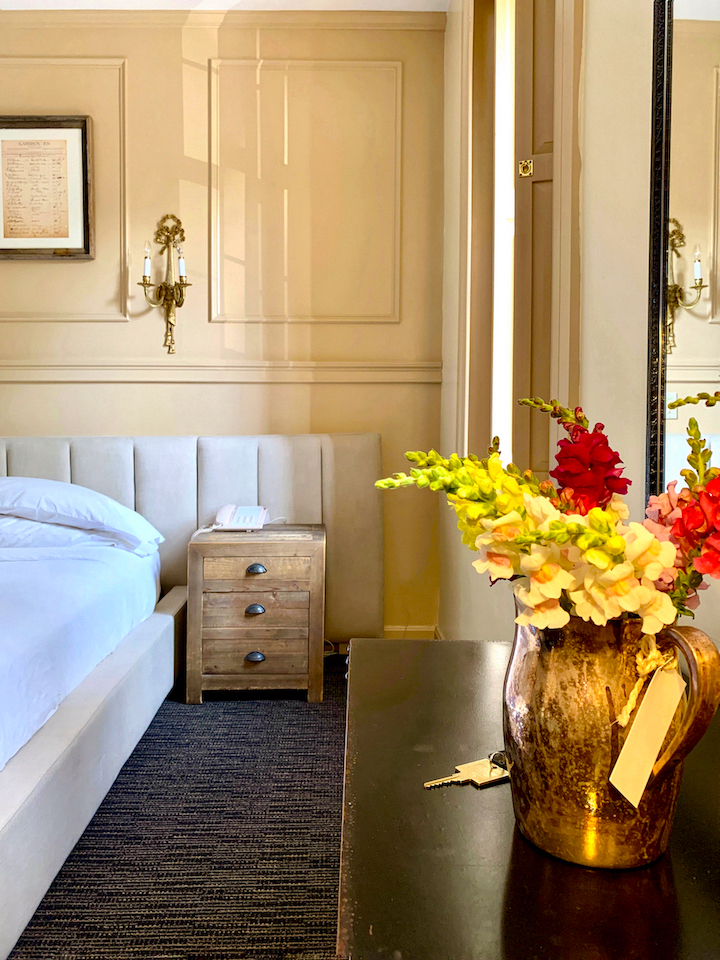 I stayed in one of the smaller rooms, The Queen Studio and it was lovely. I bought the flowers for the room – they add such a homey touch! 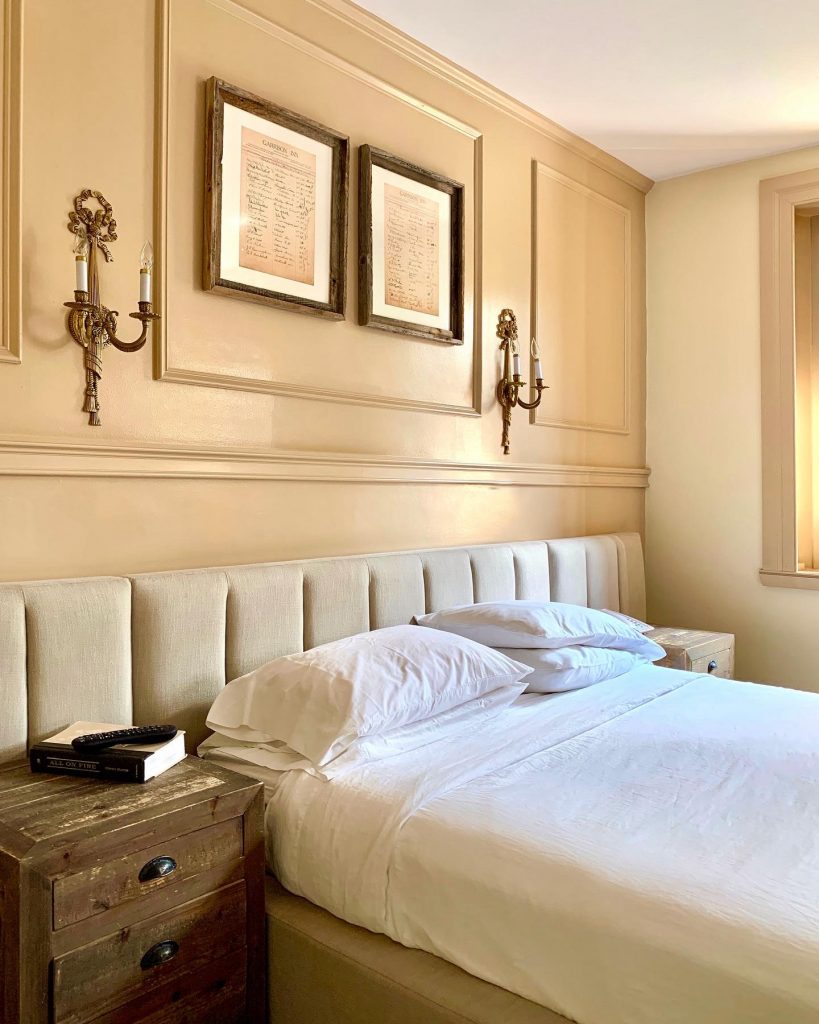 A biography of William Lloyd Garrison sits on the nightstand. 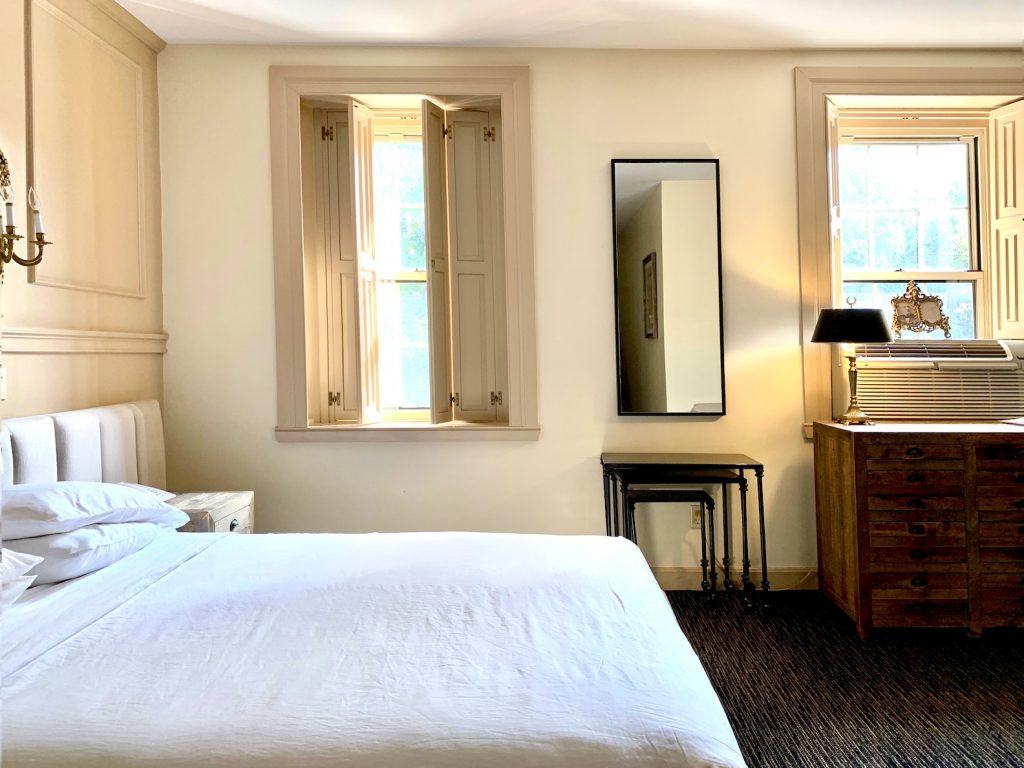 The deep shutters on the windows made for a nice dark room when needed! 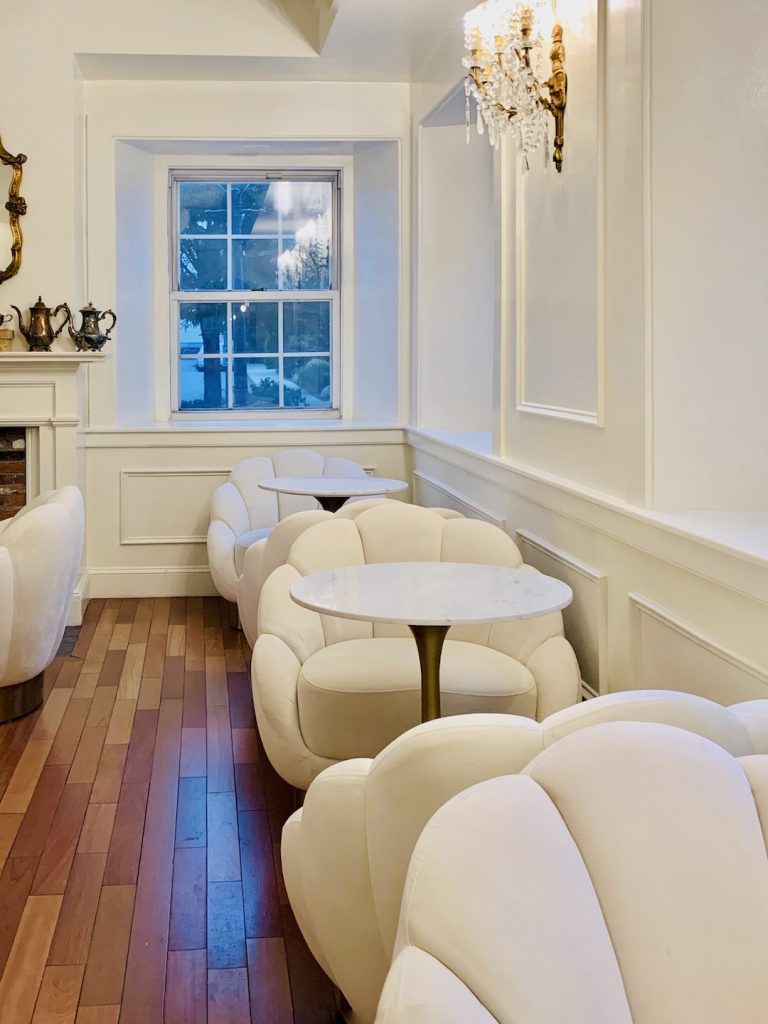 I don’t know what the room above is called – it’s a very white lounge with fireplace. When I stayed here 8 years ago in December, it was a dark, clubby space where I sat in a cushy arm chair drinking tea in front of the fireplace. I will say – I think in the winter it would be nice to have a more cozy space. 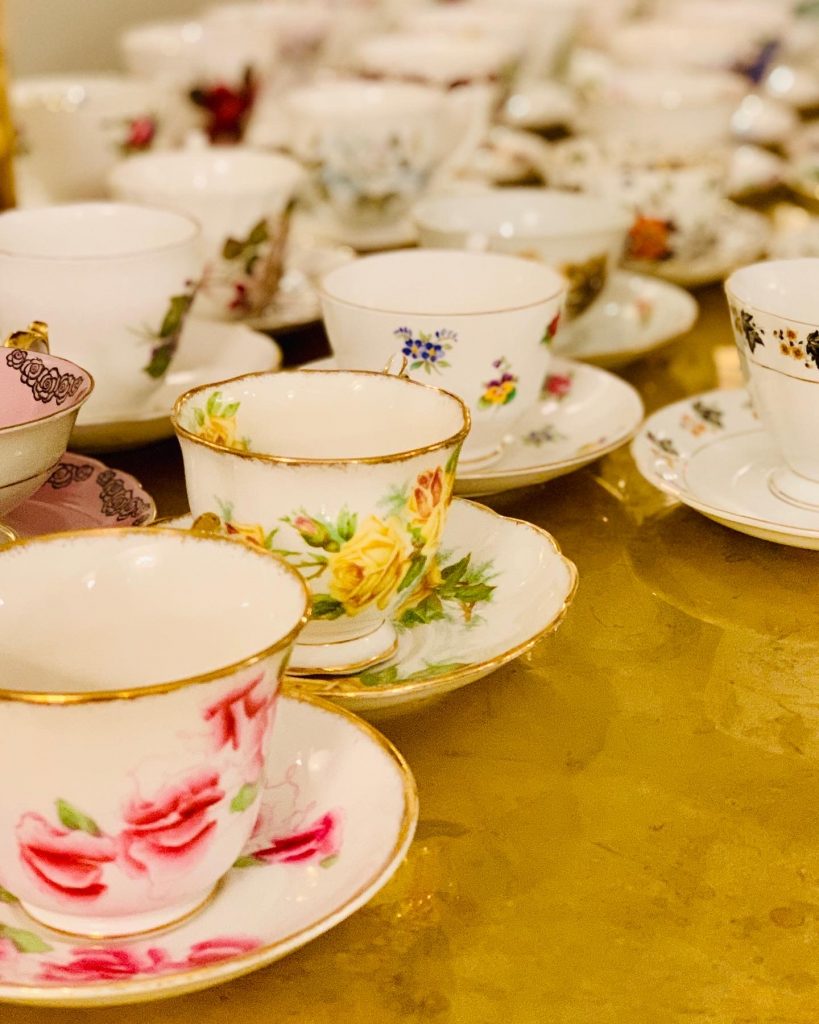 One of the highlights of staying at The Garrison Inn is the Lady Fingers Lounge tea room. A feminine oasis of pink and marble. Every evening hotel guests can partake in tea and sweets in this beautiful space. 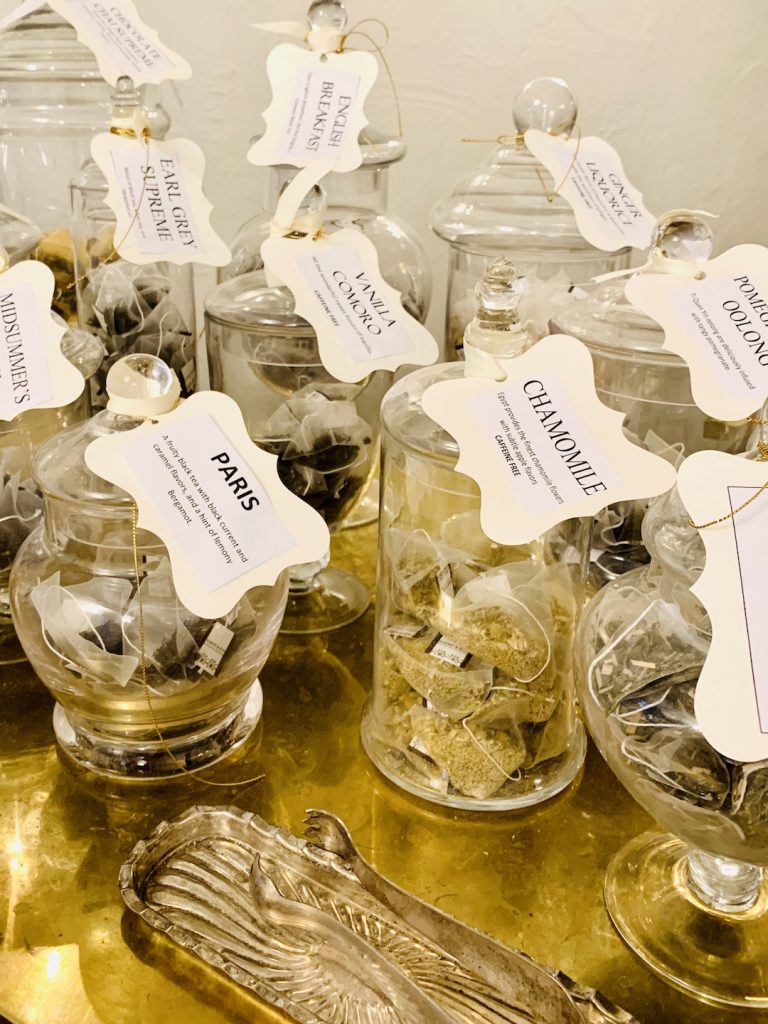 Lots of choices of teas. 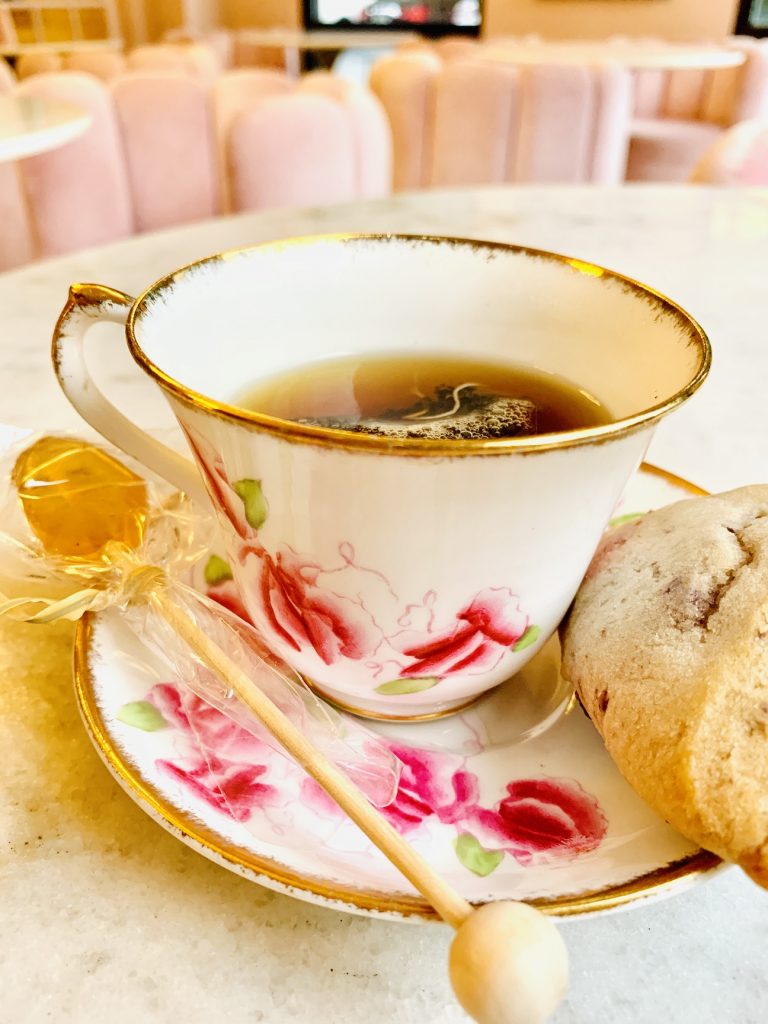 Even on a hot evening in a barely air-conditioned room, this was lovely. 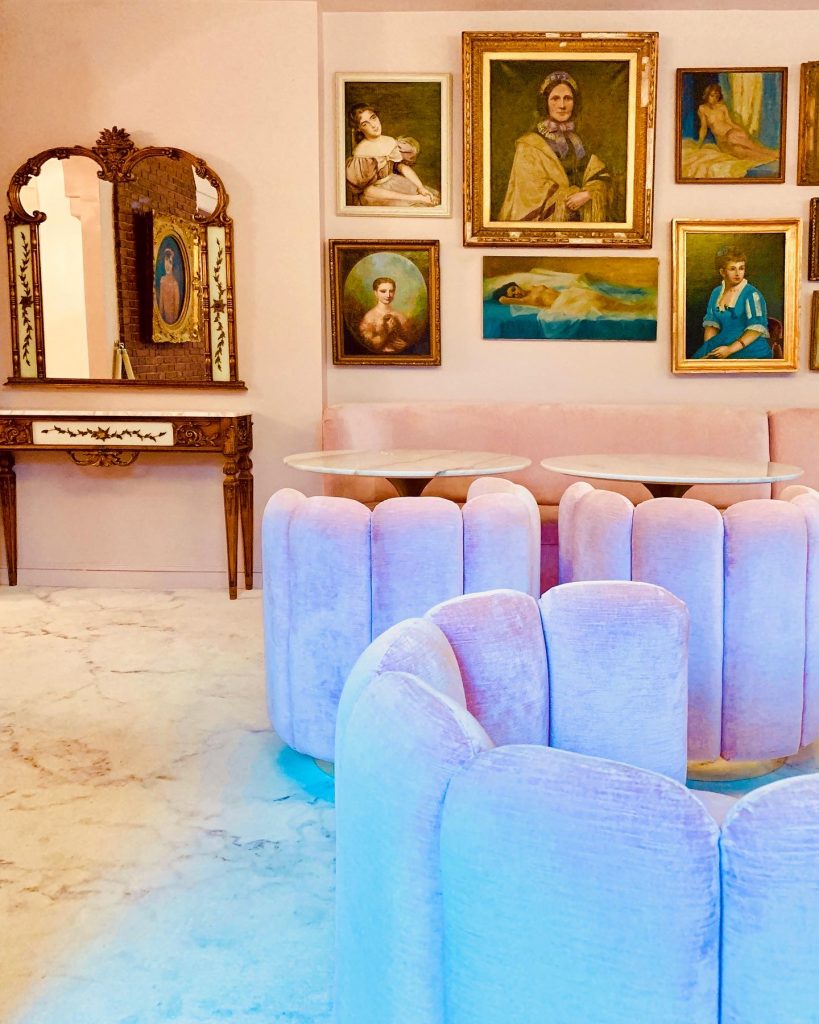 Did I mention, it’s very pink? I’ve been waiting for 3 years to sit in this room and it doesn’t disappoint. I’d assumed that the flooring was a faux painted marble, but it’s actually carpet. 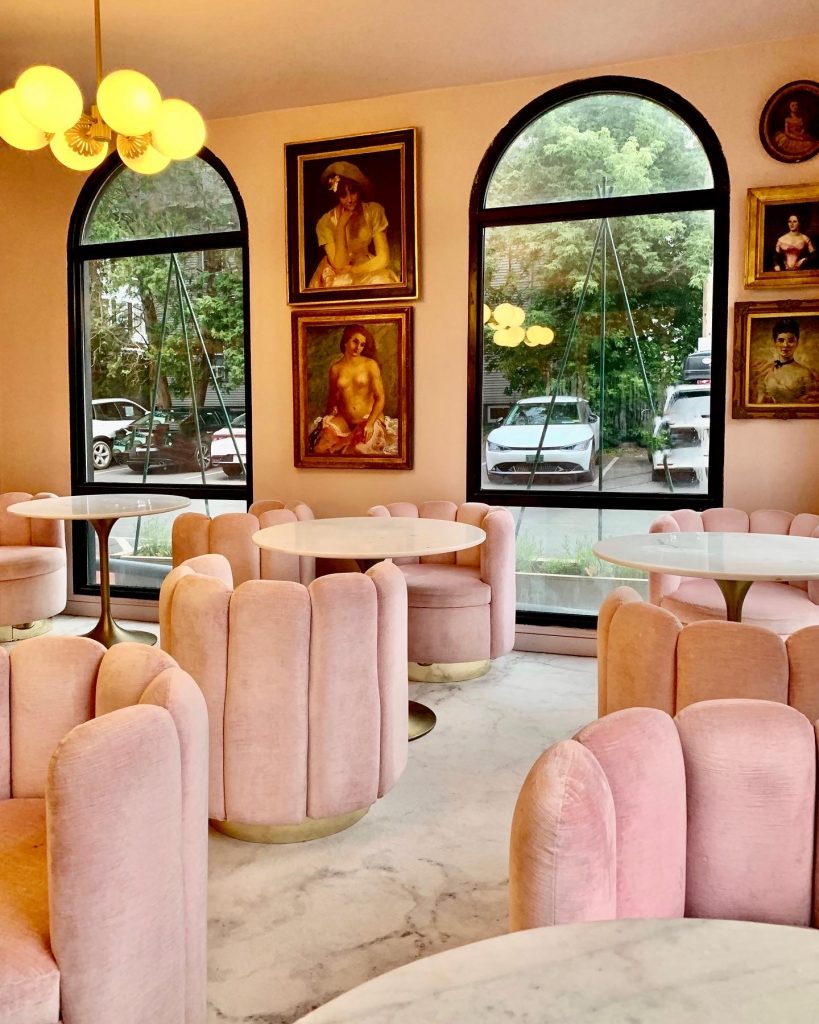 I didn’t get a good photo of the breakfast room, but hot breakfast, made to order, is included in the room pricing. It’s really a lovely experience from morning till evening! 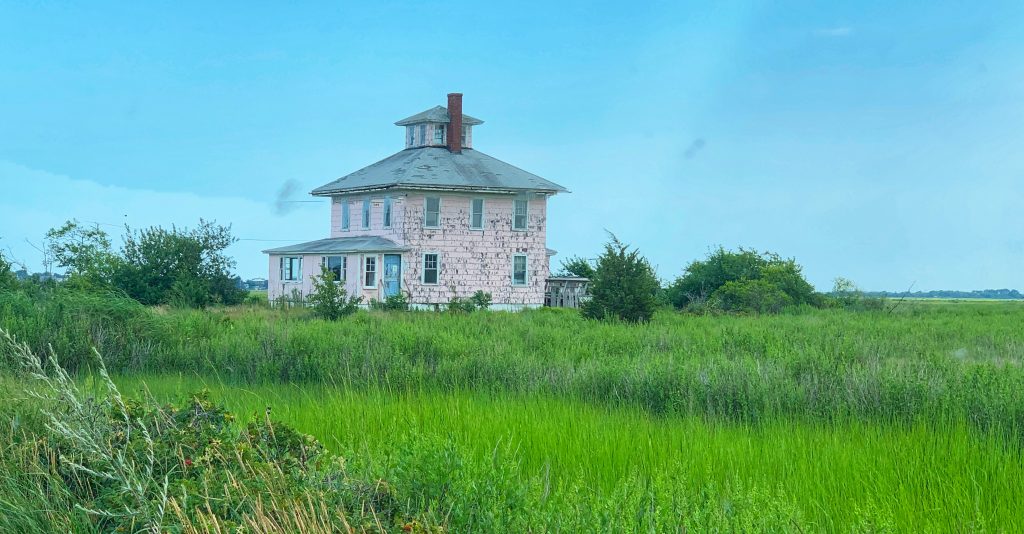 This is the famous Pink House which sits, and deteriorates, on a marsh in Newbury, MA on the Plum Island Turnpike. Built in 1925, it’s considered to be a “spite house” as it was built as the result of a divorce by an angry ex-husband whose wife demanded he build her a replica of their shared home but neglected to state where the house should be built – so he built in in the middle of the saltwater marsh with only saltwater plumbing just to make her miserable. It was sold in 2011 to the Parker River National Wildlife Rescue on whose land it abuts. Widely photographed and painted, the house basically is just decaying away as no one can figure out how to save it or raze it. There are Save the Pink house groups. Inhabited until 2001, it’s now not habitable or probably salvageable. It’s an icon of the area. 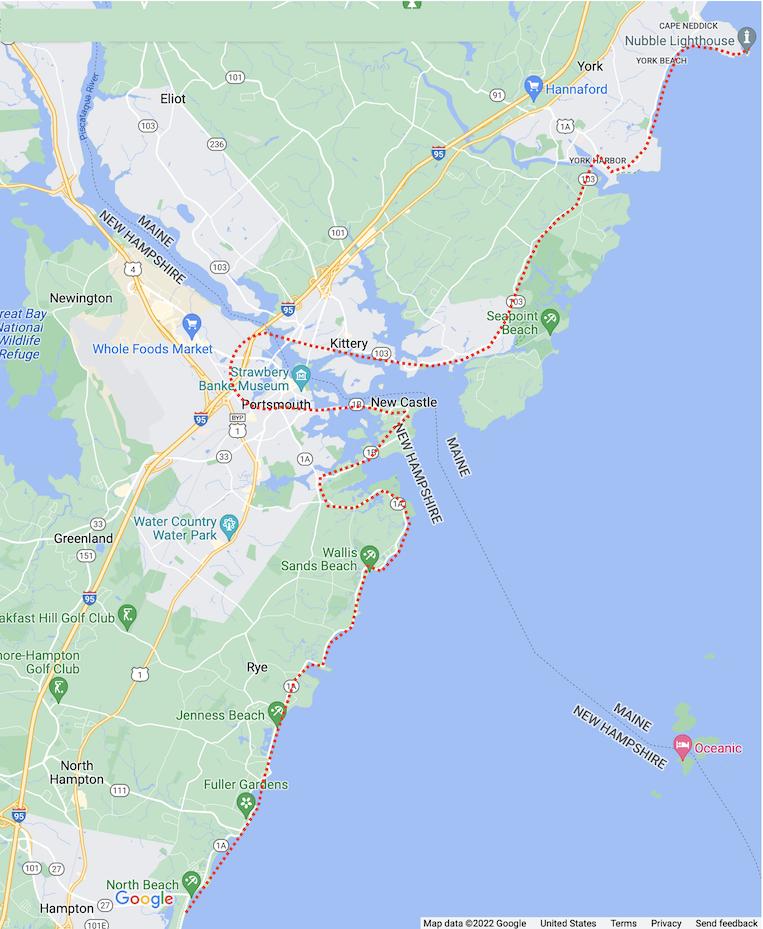 On Friday, my coastal getaway took me up the gorgeous coastline of New Hampshire and Maine. There were fried clams and ice cream and views for days!

I hope you enjoyed my coastal getaway driving tour! I highly recommend this trip for locals and out-of-towners alike.

All photos by Linda Merrill.